Atlantic Magazine Admits that January 6 Committee Has Flopped for Democrats 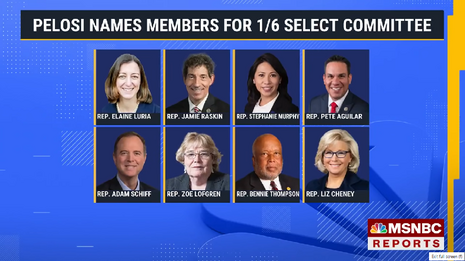 Atlantic magazine contributing writer Quinta Jurecic did not use the f-word but used the phrase "weirdly static" as a stand-in for "flopped" when writing about the failure of the congressional January 6 Committee investigation. Of course, one problem is that none of the supposed insurrectionists has actually been charged with insurrection.

The efforts to determine what happened on January 6, in other words, are moving forward. But in another sense, the landscape of post-insurrection investigations seems weirdly static. Though a steady stream of rioters are pleading guilty to relatively minor offenses, the Justice Department has yet to announce any breakthroughs in untangling the planning of the attack or unveil any blockbuster charges such as insurrection or “seditious conspiracy.” In Congress, the select committee has yet to convene any public hearings or announce new discoveries since its inaugural July 2021 hearing with law-enforcement officers who were attacked by insurrectionists.

Attacked by "insurrectionists" who were not charged with insurrection. That could be one reason why the January 6 investigations have become "weirdly static." Jurecic expressed the liberal anxiety that this will fizzle like Robert Mueller's probe of alleged Russian collusion.

...the House committee’s lack of visible progress has some onlookers feeling antsy. “The members of the select committee need to tell the full story of January 6 clearly, publicly and dramatically,” argues Jonathan Bernstein in Bloomberg. “And they’re already very late.” The sense of urgency is all the more pronounced because the House is racing against the clock. With the Republican Party the firm favorite to take control of the chamber during the 2022 midterm elections, the committee will have to plan to finish its work by the end of that year, or risk a likely GOP majority shutting it down.

So whatever the committee finds, it’s hard to see it substantially altering the political landscape. A true reckoning, a full repudiation by Republicans as well as Democrats of Trump and of the ugly ideology that fermented the riot, will remain elusive. This is frustrating—not to mention profoundly unjust—but it’s not cause to write off the work of the January 6 committee.

As much as Liz Cheney wants to re-paint the January 6 riot narrative in "vivid color," Jurecic put her fears out there: "the public’s expectation is that the January 6 committee will be able to tell a substantially new and even more damning story about the attack, Americans may be setting themselves up for disappointment."