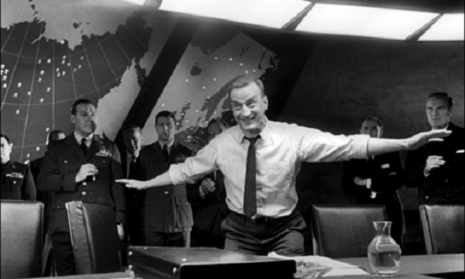 In yet another recent sign that Joe Biden is losing the support of much of the liberal media due to the debacle caused by his enormous mishandling of the exit from Afghanistan, the Los Angeles Times has now revealed the real purpose of a new War Room set up at the White House.

Now, you would think that such a War Room would be for planning the rescue of American citizens and Afghans who worked for the United States from the clutches of the Taliban, right? Wrong.

Saturday's Times revealed the true purpose of the White House War Room in "Biden focuses on domestic agenda, even as hot spots flare up elsewhere."

If it were not so tragic, it would be funny:

Every morning this week at 8:45, a newly established “war room” has convened at the White House, with about 20 staffers logging onto a Zoom call to coordinate messaging and deployment of critical resources.

The operation has nothing to do with the crisis in Afghanistan — it’s about keeping President Biden’s big infrastructure push on track. Even amid the fall of Kabul to the Taliban and the frantic, last-minute military operation to rescue thousands of Americans and vulnerable Afghans, the White House has maintained its overarching focus on the domestic matters it has prioritized for the last eight months.

“The No. 1 priority for our cabinet overall, from our perspective here, is to build support throughout the [August] recess process for the legislative agenda,” said Neera Tanden, a senior advisor to the president who oversees the war room. Tasked with building support for a $1.2-trillion bipartisan infrastructure measure and the Democrats’ $3.5-trillion budget proposal, Tanden is dispatching cabinet members to key states, monitoring lawmakers’ town halls and arranging hundreds of local TV interviews with administration officials.

The administration's horribly misplaced priorities were further highlighted by the attitude of Biden's chief of staff, Ron Klain:

After a reporter tweeted Aug. 13 that although Biden’s legislative agenda was on track, other storms, including Afghanistan, seemed to be forming, the president’s chief of staff, Ron Klain, was quick to reply with a spate of positive recent indicators that underlined the administration’s primary areas of focus.

He did not, however, mention Afghanistan, where less than 48 hours later, the government collapsed.

When even the Los Angeles Times thought it was absurd to have a White House War Room dedicated to passing  legislative bills rather than to rescue desperate people in Afghanistan, you know this administration has big credibility problems. Perhaps it is time for them to switch to what should be their "No. 1 priority" or lose the support of even more of the liberal media.