On Monday, Politico channeled the freakout from Georgia liberals. The eye-grabbing headline:

There’s growing concern — bordering on alarm — about the potential impact in 2022 of the raft of new voting restrictions. 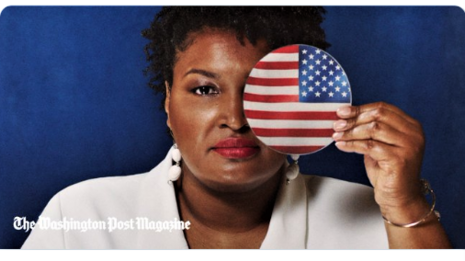 The state’s new voter I.D. requirement for mail-in ballots could affect the more than 270,000 Georgians lacking identification. The provision cutting the number of ballot drop boxes could affect hundreds of thousands of voters who cast absentee ballots that way in 2020 — and that’s just in the populous Atlanta suburbs alone.

...“If there isn’t a way for us to repeat what happened in November 2020, we’re f---ed,” said Nsé Ufot, CEO of the Stacey Abrams-founded New Georgia Project. “We are doing what we do to make sure that not only our constituents, our base, the people, the communities that we organize with, get it. We’re trying to make sure that our elected officials get it as well.”

Sometimes mainstream media outlets toss out numbers to make political points without citing the sources. . So where did Politico come up with that 270,000 number? They don't say. They also don't say if that number includes those who are not legally residing in Georgia or even if they're U.S. citizens.

In any case, that number seems rather high since without ID you can't do banking, driving, or just purchasing a beer among many other things. It also strongly signals that liberals are extremely pessimistic about the intelligence or drive of their voters! You would think that requiring voter ID is some sort of insurmountable barrier to voting.

The most likely source for that 270,000 number is most likely an Atlanta Journal Constitution article published on June 1. Ironically, that same article makes clear that requiring identification is not really a barrier to voting.

Over 272,000 registered voters don’t have a driver’s license or state ID on file with election officials, meaning they’d have to submit additional documents to vote by mail under Georgia’s new voting law, state election records show.

Assuming that number is correct, the paper goes on to show how simple it is to obtain a state ID for voting.

Free voter ID cards are available to registered voters at county election offices and through the Department of Driver Services.

Free plus easy to obtain such ID. Not exactly the barrier as portrayed by the hysterical Democrats in the Politico story. The AJC  article destroys the narrative that the new Georgia voting law will suppress voting. 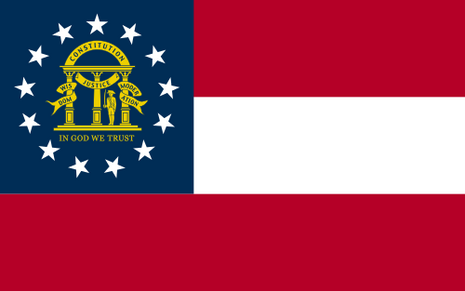 But that doesn’t mean Black turnout will decline because of more stringent ID requirements, said Trey Hood, a University of Georgia political science professor who published research on the effects of Georgia’s photo ID law for in-person voting that went into effect in 2008.

“The effects of these laws, at least from my research, are very, very small,” Hood said. “People make adjustments if they don’t have an ID. They can get a free ID or get another kind of ID, and they vote.”

Finally, that article knocks down the idea that requiring voter ID in Georgia is something new:

Even before Georgia’s new voting law, Senate Bill 202, everyone who registered to vote was required to provide identification before being allowed to cast a ballot for the first time.