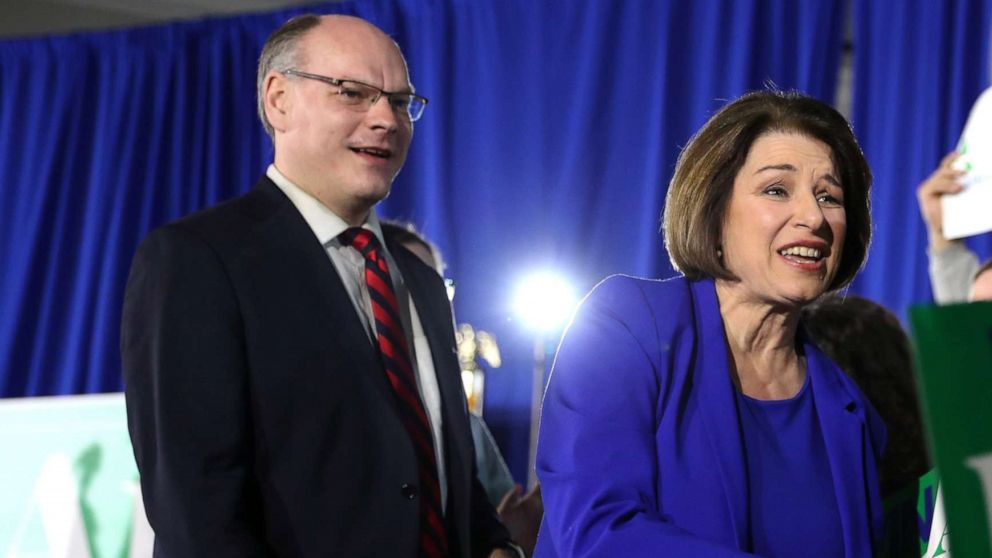 Um, Chris. You might want to consider going back to your Amy Klobuchar hype for a major revision.

At 4:34 PM ET on Thursday, CNN's Chris Cillizza had his vice presidential rankings published. It is something Cillizza has done for the past few weeks in which the women that apparent Democrat presidential nominee Joe Biden might pick are ranked as to their order of probability of being chosen. For the past few weeks, Senator Amy Kloburchar has settled in at second spot right behind Senator Kamala Harris in first place. However, Cillizza also added a bit of hype for Klobuchar about her husband recovering from coronavirus that he might want to reconsider in light of a video that was posted on YouTube almost exactly an hour earlier at 3:35 PM ET that same day.

First let us take a look at Cillizza's hype and then why he might have to revise it due to a certain embarrassing revelation in the video:

2. Amy Klobuchar: Klobuchar's strongest selling point -- aside from her Midwestern roots -- is that she is a practical politician who knows how to get stuff done. To that end, Klobuchar's successful (so far) efforts to push for more mail-in balloting to deal with the coronavirus pandemic is proof-of-concept stuff.

And don't forget that Klobuchar's husband contracted Covid-19 and was hospitalized before recovering -- a deeply personal story she'll be able to talk to voters about. (Previous ranking: 2)

And the reason the second part of his Klobuchar hype can prove to be very embarrassing is that it appears her husband was treated with the taboo (for democrats) hydroxychloroquine as revealed in the video. As you can hear, Klobuchar, during an April radio interview conducted by Michael Smerconish, very reluctantly admitted that her husband had the treatment which is now absurdly condemned as dangerous as well as useless by liberals primarily because President Donald Trump recommended it.

Kerry Picket of the Washington Examiner saw that video and on the same day wrote about this situation in more detail in "Klobuchar trolls Trump on taking drug that husband used to treat coronavirus."

Democratic Minnesota Sen. Amy Klobuchar mocked President Trump on Wednesday about a COVID-19 treatment she believed her husband John Bessler was treated with during his bout with the disease.

“Well, I think that I listened to the science there. I believe he did briefly take that drug … or some drug like it, but I think that we have to listen to the science and you have to listen to your doctors with what is going to work in each individual situation,” Klobuchar told SiriusXM's Michael Smerconish on April 7 regarding her thoughts about the debate swirling around hydroxychloroquine since her husband’s illness.

“Sometimes, you might have other conditions that make it so you can't take certain drugs. Sometimes your own condition with the virus wouldn't demand. I think people have to look at what works. I believe in science, something this president has been not listening to,” she added.

What makes this situation particularly embarrassing for Klobuchar is that just a day before she was exposed for admitting her husband took hydroxychloroquine, she mocked Trump via tweet for taking the same medication her spouse took for his coronavirus.

They say that hydroxychloroquine can lead to hallucinations. https://t.co/jCfls8eZpf

The good news for Cillizza is that as embarrassing as revisiting his Klobuchar hype about her husband recovering from coronavirus might be, it won't be nearly as embarrassing as it will be for Amy Klobuchar trying to explain why her husband used the same treatment that she mocked Trump for taking. Oh, and Chris, wouldn't that admission by her about that forbidden drug (for Democrats) knock her down a few slots in the VP rankings?