Does YouTube Consider Chinese Communist Party to Be an 'Authoritative Source?' 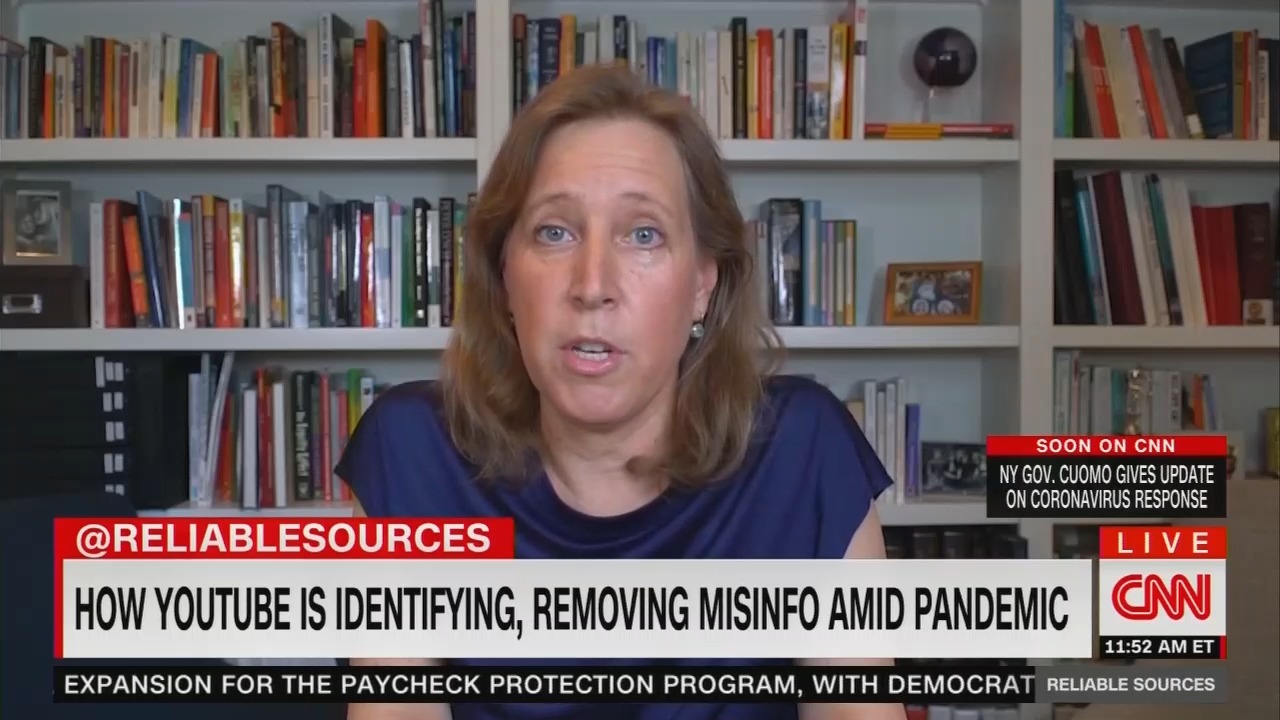 We already know that YouTube considers the World Health Organization to be an 'authoritative source' to the extent that it will remove (censor) videos that run counter to the views promoted that organization by labeling such videos as "misinformation." However, the real question should be does YouTube also consider the Chinese Communist Party as an "authoritative source" in light of the fact that it is becoming increasingly apparent, even to liberal news outlets, that WHO is dominated by the CCP?  Domination to the extent that nothing that runs counter to CCP propaganda is allowed to be presented in the WHO guidelines.

On April 19, YouTube CEO Susan Wojcicki admitted to Brian Stelter of CNN's Reliable Sources that anything that runs counter to WHO is a violation of YouTube policies.

We have actually seen a 75 percent increase in the news coming from authoritative sources since the beginning of 2020. So, we have seen a lot of demand there. But then we also...

BRIAN STELTER: What does that mean? That means an increase in video views for those?

WOJCICKI: Yes. And so we talk about that as raising authoritative information. But then we also talk about removing information that is problematic, you know. Of course, anything that is medically unsubstantiated. So people saying, like, take vitamin C, you know, take turmeric, like, those are -- will cure you. Those are the examples of things that would be a violation of our policy. Anything that would go against World Health Organization recommendations would be a violation of our policy. And so remove is another really important part of our policy.

STELTER: So, you're not just putting in the truth next to the lie. You're taking the lie down. That's a pretty aggressive approach.

And since their policy is to consider WHO as an authoritative source, anything that contradicts WHO is removed (censored). And as you are about to see as revealed by Foreign Policy magazine which is hardly a "rightwing" source since it endorsed Hillary Clinton in 2016, WHO is dominated by the Chinese Communist Party as it reported on April 2 in "How WHO Became China’s Coronavirus Accomplice."

...Beijing succeeded from the start in steering the World Health Organization (WHO), which both receives funding from China and is dependent on the regime of the Communist Party on many levels. ...WHO was uncritically repeating information from the Chinese authorities, ignoring warnings from Taiwanese doctors—unrepresented in WHO, which is a United Nations body—and reluctant to declare a “public health emergency of international concern,” denying after a meeting Jan. 22 that there was any need to do so.

When will Susan Wojcicki wake up and realize what many others have already found out? Namely that the World Health Organization which she claims is an "authoritative source" and is using as an excuse for YouTube censorship is nothing but an "accomplice" of the Chinese Communist Party. We are therefore in the scary and bizarre situation where a major social media company is taking its censorship marching orders on Covid-19 issues from the highly repressive Chinese Communist Party via WHO.