CNN political commentator and former Florida gubernatorial candidate Andrew Gillum saw his political and media career quickly evaporate after being found by police in a Miami Beach hotel room last week with a gay male escort, an apparent overdose, crystal meth, vomiting, incoherence, and much more. Gillum announced he was entering rehab and retiring from public life for a while.

The Miami Herald was brutal about this "rising star" of the Democrat Party:

[E]verything Gillum built over the last quarter-century fell in scandal Friday morning with the release of the Miami Beach police report documenting the events early Friday in room 1107.

The description in the report of a too-inebriated-to-talk Gillum vomiting in a toilet while a collapsed companion received chest compressions destroyed all expectations for a political future that many anticipated would include a 2022 rematch with Gov. Ron DeSantis or a run against Sen. Marco Rubio.

Gillum, by far the most energetic figure in Florida Democratic politics, shrank quickly into the background.

CNN could only muster one online story by media reporter Oliver Darcy, which came before Gillum's rehab announcement. 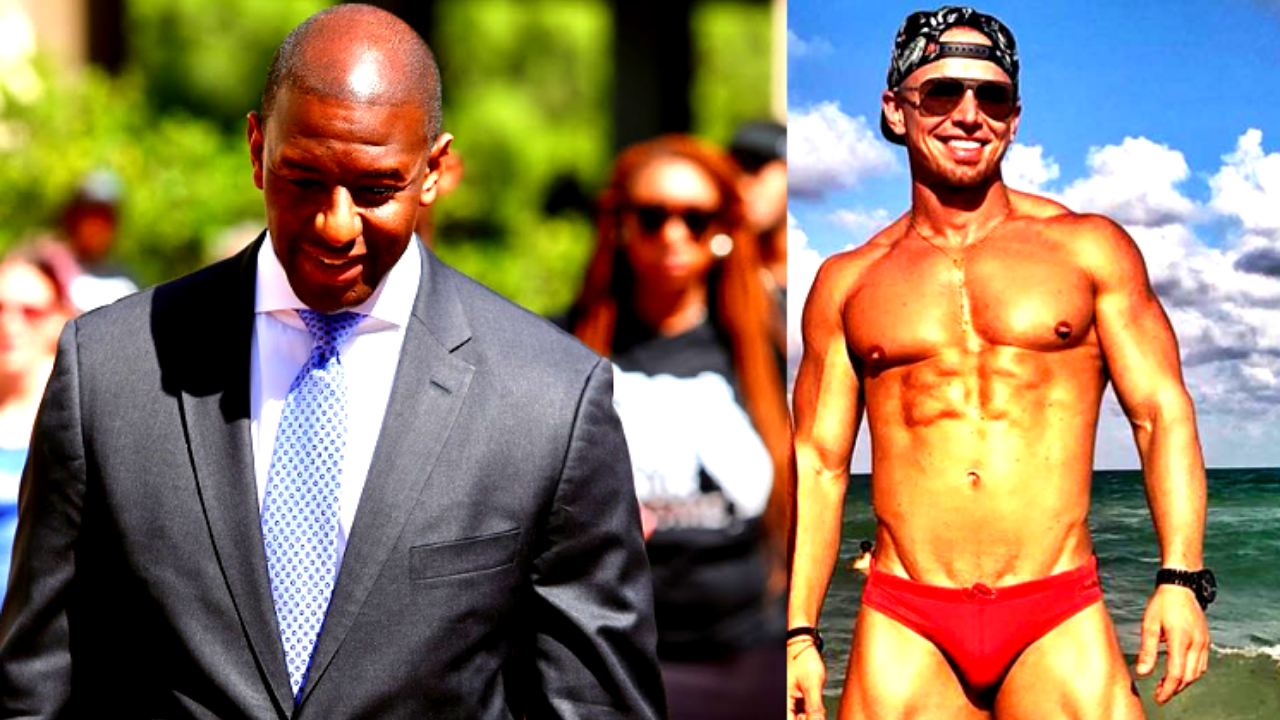 Andrew Gillum, the former Democratic candidate for governor of Florida and a CNN political commentator, apologized on Friday after he was found "inebriated" by police who were responding to a "possible drug overdose" in a Miami hotel room he was in, according to a police report.

In a statement, Gillum said that he was in Miami for a "wedding celebration" when officers were called to "assist one of my friends."

"While I had too much to drink, I want to be clear that I have never used methamphetamines," Gillum said. "I apologize to the people of Florida for the distraction this has caused our movement."

...The police report said that officers, who told CNN they are not currently pursuing criminal charges, arrived to the scene just after midnight and found Gillum and a second person, Aldo Mejias, in the hotel room.

Mejias, according to the police report, said he had provided a third person, Travis Dyson, a credit card on Thursday to rent a hotel room for the night.

When Mejias arrived at the hotel room later that night, he discovered Dyson and Gillum inside the room "under the influence of an unknown substance," the police report said.

When Mejias woke Dyson up, he "began vomiting on the bed" and collapsed, Mejias told police. According to the police report, Mejias contacted authorities after he started conducting chest compressions on Dyson.

When officers arrived, the police report said, they "observed in plain sight three small clear baggies containing suspected crystal meth on both the bed and floor of the hotel room."

Dyson was treated for a possible drug overdose, the police report said, and in stable condition when officers arrived on scene, but taken to a hospital "as a precaution."

That sounds pretty bad, but company man Darcy left out any details about Dyson. Who was he? CNN does not say but the New York Post revealed the background of the mysterious Mr. Dyson on Saturday:

The man who overdosed on crystal meth in a Florida hotel room with Gillum, a Democrat who made an unsuccessful bid for Florida governor, was an openly gay male escort with a profile on the website RentMen.com, Florida’s Local10 reported Friday.

Finally this strange CNN statement in the CNN article:

So CNN declined to comment to... CNN? They weren't alone in sanitizing this incident. ABC offered an overnight brief on World News Now that also sanitized the story.

Andrew Gillum's going-to-rehab news isn't on CNN, but it did bubble up at 2:40 am today on ABC's "World News Now." Spot how many times evade harsher talk of what the cops found in the hotel room. pic.twitter.com/PKliqvCLK0