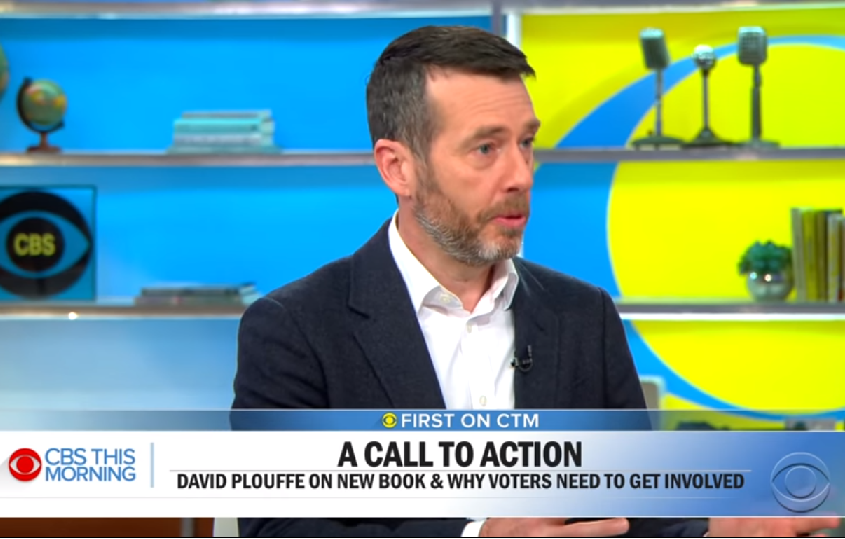 First, Thompson reveals how horribly (and laughably) wrong Plouffe was in 2016 before weirdly plugging his new book on how to beat Trump as somehow valid.

A lot of people were wrong about the 2016 election, but David Plouffe face-planted harder than most.

An instrumental adviser to Barack Obama’s two presidential campaigns, Plouffe calmed worried liberals — whom he sometimes jokingly called “bedwetters” — throughout the fall of that year with his repeated assurances that Hillary Clinton had a “100 percent chance” to win. The day before the election, he predicted a “worst-case” scenario for Clinton was ending up with 324 electoral votes. She got 232. And he dismissed concerns about tightening races in Wisconsin, Pennsylvania and Michigan: Maybe Clinton would win by just 3 to 5 points, Plouffe assured, instead of 6 to 8.

One could argue whether Plouffe was the worst prognosticator of 2016 but a strong argument could be made that Bob Shrum was the worst prognosticator of all time, including 2016. In fact, on Labor Day of that year, Shrum proclaimed that the election was over since Hillary Clinton had already won. And, of course, besides consistently participating in failed campaigns over the years, there was the time that Shrum infamously told John Kerry on Election Day 2004 after seeing the results of the exit polls, "Can I be the first to call you Mr. President?" Of course, this made Kerry far from happy due to the "Shrum Curse" and it turned out he was right.

However, despite the fact that Shrum will forever be enshrined as the worst political pundit of all time, let us concede that Plouffe is also high in that category which makes it a mystery as to why Thompson is now plugging his new book for 2020.

Plouffe’s cocksure predictions have haunted him ever since. Most recently, they spurred him to write a book about 2020, which comes out Tuesday.

Plouffe has been chewing on what he got wrong and what it will take for Democrats to be victorious this time. The product is “A Citizen’s Guide to Beating Donald Trump” (there’s a children’s version too, titled “Ripples of Hope: Your Guide to Electing a New President”). It focuses on small things individuals can do that could be significant in the aggregate.

A children's version? Really? Is it going to come in the form of a coloring book? Make sure to include an orange crayon to fill in the hair of you-know-who.

Plouffe warns that he thinks Trump will be much stronger this time around with all the advantages of incumbency, an almost singular focus on reelection and a campaign team that will likely be less chaotic than the one that replaced its top leadership three months before the election in 2016. Trump also won’t be outspent like he was last time.

Wow! Trump will be much stronger this time around? What incredible insight from the worst prognosticator of 2016.