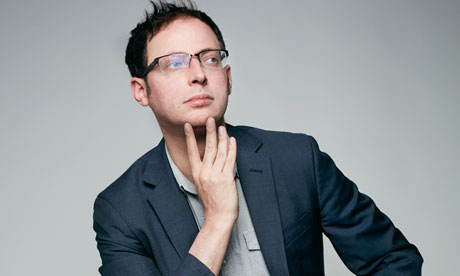 This explains the recent spate of reports about the Russians attempting to hack the results of the upcoming election just as they supposedly did with the 2016 election despite no solid proof.  And among those who saw no real proof of Russian influence on the 2016 election is someone who is among the ones most steeped in the electoral facts of that election, Nate Silver of FiveThirtyEight.

Silver claims most of the media are now making the same mistakes as they did four years ago. And among those erroneous beliefs seized upon by the media was the one conjured up after the election to explain Hillary Clinton's stunning loss: the Russians worked to change the election results.

Silver throws cold water on that excuse as revealed in in the March issue of Atlantic magazine by David A. Graham, "What Does Nate Silver Know?" The subtitle explains what Silver thinks of the judgement of the current media, including the" Russian election meddling that they are now pushing: "The famous data journalist thinks the media are making the same mistakes this year as they did in 2016."

...Silver sees the press as overlearning the lessons of 2016. Journalists have obsessed over Russian interference in elections, and while foreign meddling is undoubtedly troubling, Silver sees no strong evidence that hacking or disinformation swung the 2016 result. “There’s a bias toward believing in explanations that involve secrecy or things happening that are hidden,” Silver said. The most important factors, he believes, are right there in the numbers.

There were other errors that Silver contends the media made in 2016: One such example was media overconfidence in superior organization and ground game:

In Silver’s view, the media were overconfident in a Clinton victory because of long-held assumptions about the mechanics of American politics. Take the “ground game”—the business of identifying voters and getting them to the polls. Some pundits initially argued that if the election was close, Clinton’s superior campaign organization would put her over the top; then, after she lost, many flogged her for failing to get out the vote in key states. Yet decades of political science suggest that such tactics have a relatively minor effect on election results.

Based on his analysis of late movement in the race, Silver argues that factors mostly beyond Clinton’s control mattered far more than the success or failure of her canvassers in the Upper Midwest. These factors included Trump’s ability to command the news cycle—Silver has found that earned media is far more valuable than the kind you can buy—and James Comey’s belated reopening of the FBI investigation into Clinton’s use of a private email server, which had a measurable impact on polling.

One important thing unmentioned in the article was how the media kept discounting the importance of crowd size in the 2016 election, which turned out to a good measure of enthusiasm for the candidates. Oh, and it wasn't Russian hacking that kept Hillary from visiting Wisconsin.

Remember that Silver came to fame correctly predicting 49 of 50 states in the 2008 election, and then all 50 states in 2012. The New York Times picked him up in 2010, but he left in 2013. Unsurprisingly, then-Times public editor Margaret Sullivan offered a take that still fits:

I don't think Nate Silver ever really fit into the Times culture and I think he was aware of that. He was, in a word, disruptive. Much like the Brad Pitt character in the movie Moneyball disrupted the old model of how to scout baseball players, Nate disrupted the traditional model of how to cover politics