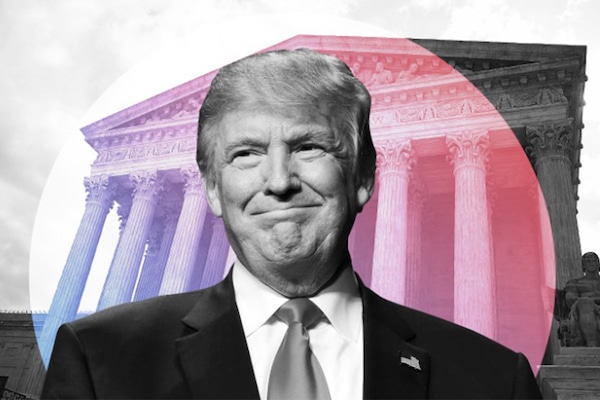 Although Vox senior correspondent Ian Millhiser spent much of his December 19 article ("What Trump has done to the courts, explained") worrying that "No president in recent memory has done more to change the judiciary than Donald Trump," he also granted the surprising concession that the judicial appointments have been highly qualified. Indeed, more qualified than the federal court picks of his predecessor, Barack Obama.

Millhiser's worried about the number of federal court appointments right from the start but even amidst the angst one can detect him admitting that his picks have been some of the  "smartest" men and women.

In less than three years as president, President Trump has done nearly as much to shape the courts as President Obama did in eight years.

Trump hasn’t simply given lots of lifetime appointments to lots of lawyers. He’s filled the bench with some of the smartest, and some of the most ideologically reliable, men and women to be found in the conservative movement. Long after Trump leaves office, these judges will shape American law — pushing it further and further to the right even if the voters soundly reject Trumpism in 2020.

After several paragraphs of expected alarm over the number of judicial appointments by Trump, Millhiser becomes even more forthright in admitting the high qualifications of the picks:

It’s tempting to assume that Trump’s judicial appointees share the goonish incompetence of the man who placed them on the bench, but this assumption could not be more wrong. His picks include leading academics, Supreme Court litigators, and already prominent judges who now enjoy even more power within the judiciary.

Before he became president, Trump promised to delegate the judicial selection process to the Federalist Society, a powerful group of conservative lawyers that counts at least four Supreme Court justices among its members. “We’re going to have great judges, conservative, all picked by the Federalist Society,” Trump told a radio show hosted by the right-wing site Breitbart while he was still a candidate.

The Federalist Society spent decades preparing for this moment, and they’ve helped Trump identify many of the most talented conservative stalwarts in the entire legal profession to place on the bench.

As icing on the cake, Millhiser even admitted that Trump's judicial picks have been more qualified than those chosen by Obama:

There’s no completely objective way to measure legal ability, but a common metric used by legal employers to identify the most gifted lawyers is whether those lawyers secured a federal clerkship, including the most prestigious clerkships at the Supreme Court. Approximately 40 percent of Trump’s appellate nominees clerked for a Supreme Court justice, and about 80 percent clerked on a federal court of appeals. That compares to less than a quarter of Obama’s nominees who clerked on the Supreme Court, and less than half with a federal appellate clerkship.

In other words, based solely on objective legal credentials, the average Trump appointee has a far more impressive résumé than any past president’s nominees.

This Vox article should be bookmarked in case anyone casts aspersions upon the legal credentials of Trump's appointments to the federal courts. Vox's senior correspondent gives them a definite thumbs up in that department.