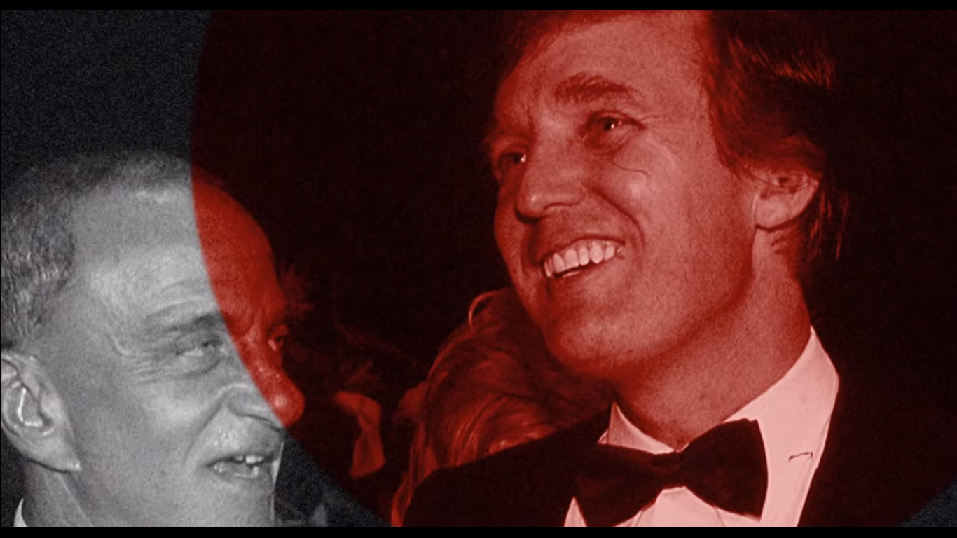 Liberals seem to be so desperate to defeat President Donald Trump in 2020 that they are now digging up Roy Cohn from the grave to slam him despite the fact that the famed attorney has been dead for 33 years. This latest effort in the form of a documentary called, Where's My Roy Cohn? prominently features Trump, a fact that was hyped over and over again by Politico senior staff writer Michael Kruse in the September 19 Politico magazine.

Kruse's article makes sure to establish a Trump-Cohn connection in its title, "The Final Lesson Donald Trump Never Learned From Roy Cohn. Then came the subtitle: "The unrepentant political hitman who taught a younger Trump how to flout the rules didn’t get away with it forever." Of course, Trump is also prominently featured in the first two paragraphs of the hit piece:

One of Donald Trump’s most important mentors, one of the most reviled men in American political history, is about to have another moment.

Roy Cohn, who has been described by people who knew him as “a snake,” “a scoundrel” and “a new strain of son of a bitch,” is the subject of a new documentary out this week from producer and director Matt Tyrnauer. It’s an occasion to once again look at Cohn and ask how much of him and his “savage,” “abrasive” and “amoral” behavior is visible in the behavior of the current president. Trump, as has been well-established, learned so much from the truculent, unrepentant Cohn about how to get what he wants, and he pines for Cohn and his notorious capabilities still. Trump, after all, reportedly has said so himself, and it’s now the name of this film: Where’s My Roy Cohn?

Even the documentary's trailer prominently features Trump.One source insists "Donald had the money, and Roy had the balls, and the shrewdness."

After briefly focusing mostly on Cohn, Kruse quickly returns to his real obsession...Trump.

It’s the past quarter or so, though, of Tyrnauer’s film that is perhaps most salient at this stage of Trump’s first term. It deals with the less discussed but arguably much more trenchant lesson of Cohn’s life—not his decades of dark-arts untouchability but his brutal comeuppance. Cohn did not, in the end, elude the consequences of his actions. He could not, it turned out, get away with everything forever. He was a braggart of a tax cheat, and the Internal Revenue Service closed in; he was an incorrigibly unethical attorney, and he finally was disbarred; and only six weeks after that professional disgrace, six months shy of 60 years old, Cohn was dead of AIDS.

Now, less than 14 months out from next year’s election, with Trump facing historic legal and political peril, it’s getting harder and harder not to wonder what he might or might not have gleaned from watching Cohn’s wretched unraveling. Trump is beset by 29 federal, state, local and congressional investigations. Poll after poll shows he’s broadly disliked. He could win reelection, obviously, but it’s true, too, that he’s an unusually endangered incumbent. Trump, to be sure, is not weakened by physical sickness, and he has not been pursued by prosecutors and other committed antagonists for nearly as long as Cohn was. And as powerful as Cohn was perceived to be at his peak, he was never, it almost goes without saying, the most powerful man in the world. Even so, the question looms: Will Cohn’s most accomplished and attentive mentee ultimately suffer a similar fate?

Does this not sound like Kruse is desperately pining for Trump's "brutal comeuppance?" He hates that Cohn and Trump seem to "have this sort of Road Runner-versus-Wile E. Coyote knack, where you think the boulder is going to fall on them and crush them and they escape just in the nick of time." He wants "a tsunami of legal difficulties" that will diminish or end his reign.

It doesn't seem to occur to Kruse and Tyrnauer that what they portray as a Road Runner escape from Wile E. Coyote is often due to the mainstream media making a wild charge such as Trump-Russia collusion, only to later have the truth come out after a bit of investigation which is why the Mueller Report ultimately destroyed liberal dreams for impeachment. Beep beep!