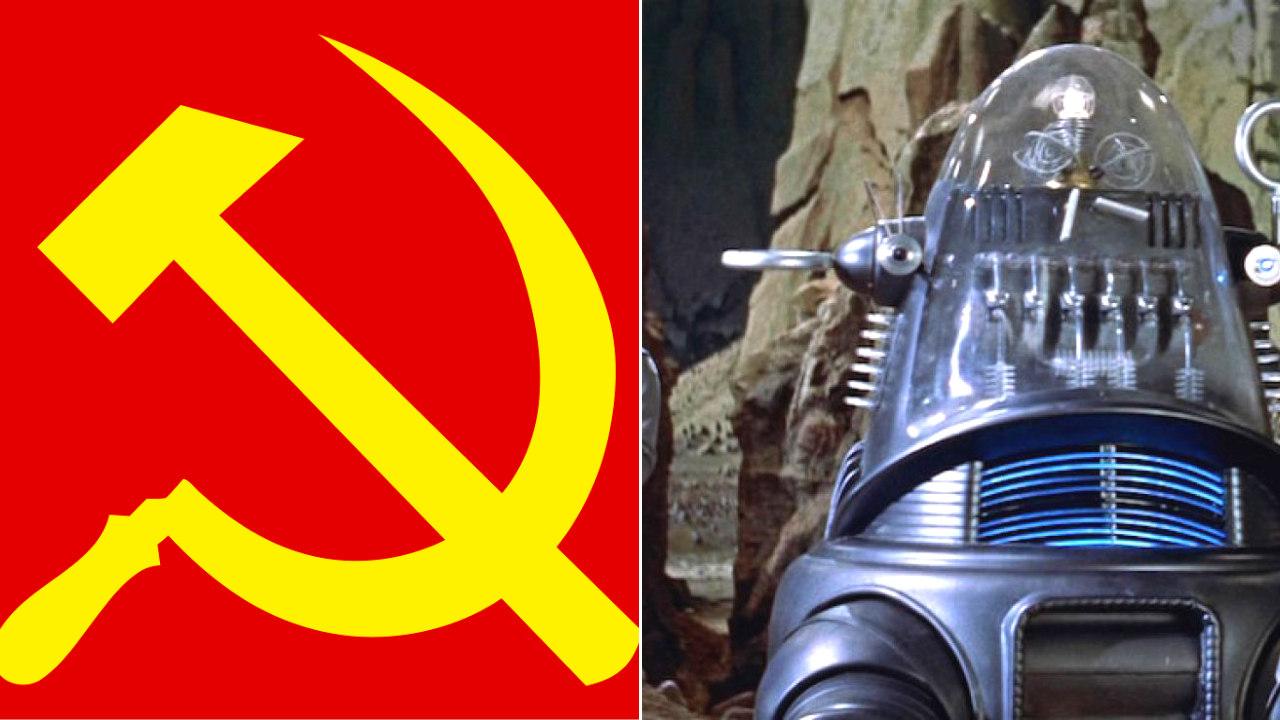 The Left is no longer keeping their love for communism a secret. They conveniently overlook the many millions that system has murdered and its consistent economic failures and now now promote it as something very desireable.

The latest shtick in communism promotion is via the device of science fiction to look at a future of robot communism or "Fully Automated Luxury Communism" (FALC) in which people no longer need to work because robots take care of their needs. Ironically, such a future could never be attained under communism because the most advanced technology has always been developed under capitalism so perhaps a more proper name should be "Fully Automated Luxury Capitalism" (and the FALC initials could be kept the same).

The Atlantic Magazine writer promoting this robot communism future is Annie Lowrey, wife of Ezra Klein who created JournoList, for liberal robot journalists to secretly control their talking points messaging, as well as one of the founders of Vox which is currently attempting to force wide scale censorship on YouTube against conservatives who refuse to be absorbed by the liberal Borg.

The title of Lowrey's June 20 article yearning for a robot totalitarian system is, "Give Us Fully Automated Luxury Communism."

Imagine a life in which all your basic needs were met, the bottom of Maslow’s hierarchy of needs forever lopped off. No concerns about college debt ruining your ability to buy a home. No worries about where meals would come from, or whether you would have enough cash to keep gas in the car. No problems paying medical bills.

Then, imagine a life in which virtually all of your needs were met. In this world, society would guarantee its members not just middle-income status, but the prospect of travel, the option of a fulfilling but nonremunerative career, time with family and friends, time spent with cats and gardens and on volunteering and road trips. Imagine that all your peers exercised regularly and watched as much Peak Television as they wanted. Imagine never retiring, because there would be no need to retire. And imagine this happening on a far greener planet.

"Fully Automated Luxury Communism." Of course, such a future could never happen under communism but let's not spoil Lowrey's party mood.

Let the robots do all the work, and let humans enjoy the fruits of their labor in equal measure. A mainstay of science fiction and prophetic religious texts (minus the robots part), the idea has come into vogue over the past half-decade or so, both among progressive thinkers concerned about inequality and stagnation and among the internet’s meme makers, the promoters of FALC’s swervier cousin, Fully Automated Luxury Gay Space Communism.

And why no mention of Fully Automated Luxury Trans Space Communism you lousy bigot?

The most ardent advocate for FALC, Aaron Bastani, a London-based media executive and writer, has written a new book on the topic. In it, he advances a curious, passionate argument, with a dire assessment of the present and a messianic vision for the future.

Artificial intelligence, machine learning, and advanced computing might be about to eliminate the need for human labor in no small part, Bastani claims.

And after reading this article one could believe the need for human thought would also be eliminated.

What it might take is converting the world to solar and other renewable forms of energy, mining asteroids for raw materials, implementing Communist political systems, and guaranteeing everyone basic services. Enter utopia—a healthy world and an economy of abundance, free and accessible to all.

We can really stop right here because "implementing Communist political systems" is what this article is really all about. The rest is just silly sci-fi window dressing (such as the Star Trek references) to divert attention away from the author's obvious yearning for Communism.