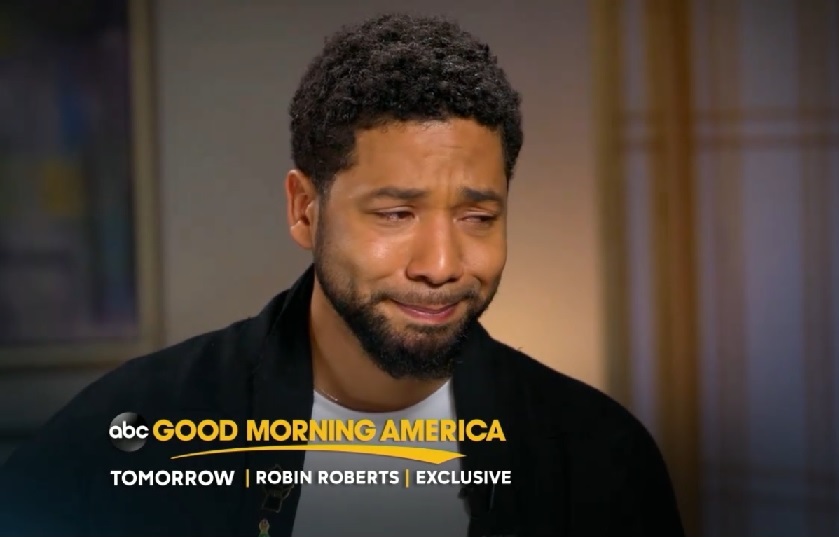 Imagine being upset due to finding out that members of the Duke Lacrosse team did not, in fact, rape a woman? Or how about being sad at the revelation that a University of Virginia fraternity did not rape a co-ed? Bizarre, right? Well, a similar strange reaction was expressed by Washington Post Editorial Board assistant Nana Efua Mumford on Sunday due to her finding out that the alleged Jussie Smollett hate crime was probably a hoax.

Her broken-hearted deep sadness over the probable fact that racist, homophobic, white Trump supporters did not attack Smollett was revealed in "I doubted Jussie Smollett. It breaks my heart that I might be right":

On Jan. 29, Jussie Smollett, who plays Jamal Lyon, the openly gay heir to the show’s hip-hop record label throne, was allegedly attacked in a baroque hate crime. He told police that his attackers immediately identified him as a gay actor from “Empire,” then proceeded to yell racial and homophobic slurs, shout “this is MAGA country,” pour an unknown chemical on him and place a noose around his neck. The story has since become even more complicated: The Chicago police questioned two Nigerian brothers, one of whom said that he played a small part on “Empire,” about their possible role in the attack. As of this writing, the department is seeking to interview Smollett again; he has hired a criminal defense attorney.

So you should be relieved that this example of the hate you thought was out there actually didn't happen, right:

I wanted to believe Smollett. I really did. I know that there is a deep, dark racist history in Chicago and, if proved true, this would be just one more point on the list. I wanted to believe him with every fiber of my being, most of all because the consequences if he were lying were almost too awful to contemplate.

Please, please be true! I need for this hate crime to have happened in order to help validate my beliefs about white racist, homophobic Trump supporters!

Over the past few hours, there have been speculations that have confirmed my worst fears. Unnamed “police sources” have claimed that Smollett orchestrated the entire thing.

Horrible! Oh, how horrible that poor Jussie did not get attacked by MAGA people! It confirmed her worst fears:

If Smollett’s story is found to be untrue, it will cause irreparable damage to the communities most affected. Smollett would be the first example skeptics cite when they say we should be dubious of victims who step forward to share their experiences of racist hate crimes or sexual violence. The incident would be touted as proof that there is a leftist conspiracy to cast Trump supporters as violent, murderous racists. It would be the very embodiment of “fake news.”

Um, wouldn't a proper reaction would be relief at finding out there was less hate in the land than was originally thought? At any rate, she continued:

And that reason, more than any other, is why I need this story to be true, despite its ugliness and despite what it would say about the danger of the world I live in. The damage done would be too deep and long-lasting. This could be one tragedy that the Lyon family — and more importantly, the ordinary people who loved the show and invested in Smollett and his character — could never overcome.

You NEED this story to be true? What? You need to be confirmed in your belief about white racist, homophobic Trump supporters attacking a gay black man?

Exit question: Will Washington Post "identity politics" reporter Eugene Scott be equally as sad at learning this supposed "hate crime" is probably a hoax after loudly proclaiming it to be an absolute fact. And what about Postie Jonathan Capehart, who called the MAGA fable a "fact"?