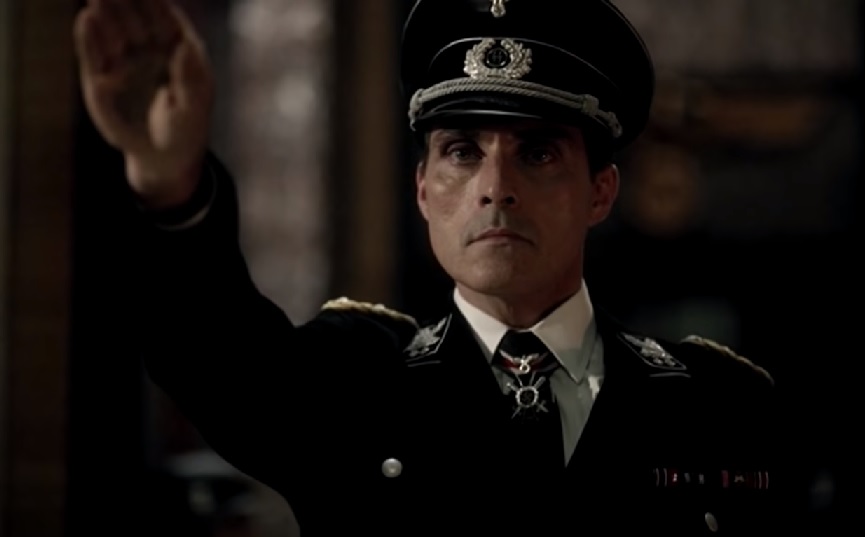 The oppositional ardor that Washington Post columnist Dana Milbank directs at President Donald Trump is never-ending in its silliness. Milbank's latest absurdity is that Trump is a Soviet version of The Man in the High Castle. In other words he is calling the president a traitor doing the bidding of Russian (not Soviet) leader Vladimir Putin.

This article is a rare example of the Post missing the chance for disclosure: High Castle is a show made for Amazon Prime, and Amazon is owned by Jeff Bezos, who also owns The Washington Post. Milbank is too much a rebel to be working in mentions of a Bezos-funded TV series as a smooch to the boss.

It's official. Milbank lost his mind. And now let us analyze the latest symptoms of poor Dana's condition. He began with crocodile tears:

Perhaps the timing of George H.W. Bush’s death last month was merciful. This way he didn’t have to see America lose the Cold War.

Bush presided over the Soviet Union’s collapse in 1991. But the triumph he and others earned with American blood and treasure over 71 years, defeating the Soviet Union and keeping its successor in check, has been squandered by President Trump in just two.

...The TV series The Man in the High Castle imagines a world in which Nazis won World War II. But we don’t need an alternative-history show to imagine a Soviet victory in the Cold War. We have Trump.

So Milbank concedes the Soviet Union collapsed in 1991 only to ahistorically resurrect it a couple of paragraphs later. Dispensing with the facts is okay with him as long as it serves the purpose of attacking Trump.

Indeed, a Soviet leader hardly could have outlined a better scenario than Trump has created for Putin:

A rift between the United States and NATO allies over the future of the alliance.

Translation: Asking NATO to members pay the bills they owe.

A U.S. president creating a rift with Europe over Iran (the nuclear agreement) and climate change (the Paris accord).

Shame on Trump for not taking Iran's word on their nuclear facilities . As for the Paris Accord, how is that working out for French President Emmanuel Macron who lost control of the very streets where that same accord was signed?

You mean like what happened with Iran? Oh, and one thing very tangible is no more nuclear saber-rattling from Little Rocket Man.

Why has Trump squandered so much for so little? Maybe it’s because, during the 2016 campaign, Russia was privately negotiating a business deal in Moscow with him and releasing stolen documents that hurt his Democratic opponent.

Actually it was WikiLeaks that was releasing the embarrassing John Podesta emails. WikiLeaks has denied Russia was their source but if Milbank has information that it was then he should contact Robert Mueller and provide him with that proof.

Generations of Americans paid any price and bore any burden, from Berlin to Saigon to Havana. Now, 29 years after the wall fell, Trump is handing Moscow the Cold War victory it could never win.

Milbank has written that Trump is driving himself and other liberals crazy, and he is definitely suffering from explosive diatribe syndrome.