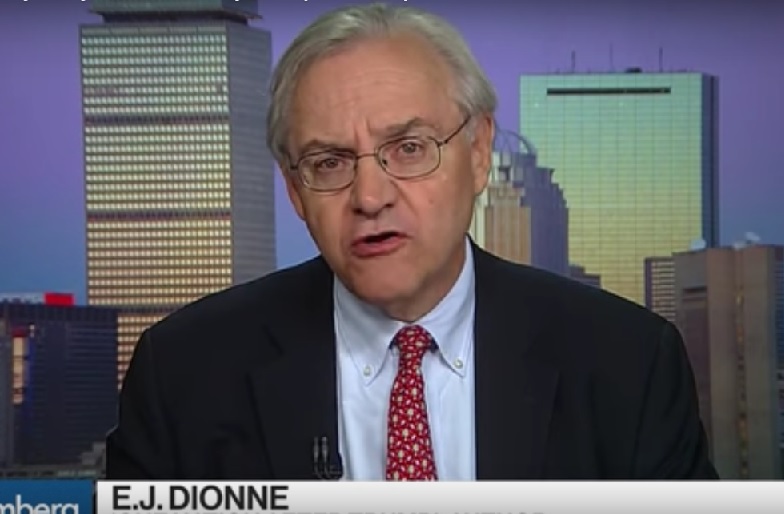 Vengeance is mine sayeth the horde!

Washington Post columnist is in such a rage over what he calls the "coup" of confirming Brett Kavanaugh as a Justice on the Supreme court that it caused his mind overload to the extent of forgetting about the federal system of government established by the Constitution. In addition, he is now out for revenge against conservatives by packing the Supreme Court chock full of additional seats occupied by liberals.

Let us now join E.J. Dionne on his Vendetta Ride against Republicans in his furious column in Monday's newspaper, "We need to stay angry about Kavanaugh".

The Supreme Court’s legitimacy is in tatters. Conservative forces in the country, led by the Republican Party, have completed a judicial coup, decades in the making.

He is just getting warmed up. More outrage to come.

Democracy is all that opponents of the coup have left. In next month’s elections, the party responsible for this travesty must be punished. The idea that “both parties are equally to blame” is an unadulterated falsehood.

Guess who is going to be Rubber Room ready if the much vaunted "Blue Wave" fails to materialize?

The undemocratic nature of representation in the Senate is unlikely to be remedied anytime soon, so progressives and Democrats need to organize far more effectively in the low-population red states. Critics of the judicial right need to remind voters that conservative judges regularly serve the interests of the wealthy and the powerful, not those of the heartland.

I guess Dionne missed or forgot that part about federalism as established in the Constitution in his high school civics class. If he paid attention he would have found out that the Senate was not supposed to be "democratic" in its representation. It was supposed to represent the states so that even a low population state would have the same representation as the big states in the Senate. However, Dionne's fury over Kavanaugh seems to have blocked that concept from his mind. Oh, and there is no remedy for this unless you want to get rid of the Constitution, which many liberals would love to do but rarely admit in public.

And there should now be no squeamishness about the urgency of enlarging the Supreme Court if Democrats have the power to do so after the 2020 elections. The current majority on the court was created through illegitimate means. Changing that majority would not constitute politicizing the court because conservatives have already done this without apology.

Packing the Supreme Court with liberal seats in order to change the majority is somehow NOT politicizing it? What's the punchline?

...we need a considered two-year debate over changing the number of justices — it was done seven times during the 19th century — as the only plausible response to the conservative court-packing project that reached fruition on Saturday.

When did conservatives PACK the Supreme Court? Nominating justices to the High Court is not packing. However, what you are proposing, adding seats to the court so you can fill them with liberals, is most definitely packing.

Its foes need to stay angry. But even more, they need to vote, organize and think boldly. Democracy itself is at stake.

Yeah, this columnist will most definitely be in need of the white-coated fellows to strap him down to a gurney if no Blue Wave next month.