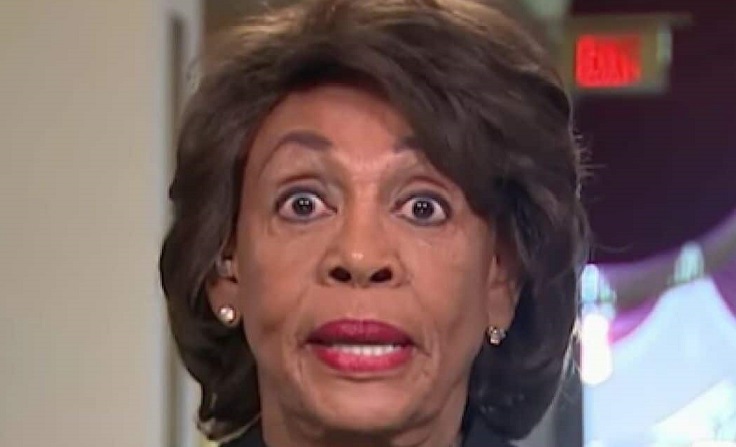 What do you think the top priority of Congress would be if the Democrats win control of the House in November? The answer is something upon which both the left and the right would agree: Impeachment. And yet the party position is to pretend that impeachment is not on their minds 24/7 because they know such an admission could hurt them with the voters, no matter what Waters might be saying.

The only other type of person who would go through such a pretense would be a writer acting in the role of a leftist scribe no matter how lacking in credibility it is. Such a person seems to be Vox writer Ella Nilsen who performed the amazing feat of leaving the I-word out of her September 11 article titled, "House Democrats’ top priority if they win in November is a sweeping anti-corruption bill":

If Democrats win back the House in 2018, a consensus is emerging on what they need to do first: Pass a sweeping anti-corruption bill.

Sure, sure. Somehow it seems beyond the realm of reality that Democrats top priority is an innocuous anti-corruption drive instead of you-know-what. It is too bad that the ironically named Vox has no comments section to actually give voice to their Vox Populi because you just know 99% of their readers would be invoking the I-word that Nilsen oh so carefully avoids:

Anti-corruption messages are always politically popular, but the idea has taken on a new urgency in the age of Trump. It now has support from ranking members of key committees, as well as current Democratic leadership in the House. And the party’s base — eager for congressional Democrats to take on Trump — is clamoring for substantial reform.

We know exactly what has taken up a new urgency for Democrats in the age of Trump, Ella. It is the word that dares not speak its name in your alternate reality article:

The influence of lobbying and money has been entrenched for years on both sides of the aisle, but Republicans especially have been facing the consequences lately. Vox’s Tara Golshan and Dylan Scott recently noted a total of four House Republicans are currently embroiled in corruption scandals — and with blue-wave midterm enthusiasm gripping the nation, Republicans need every House seat they can hold.

House Democrats’ reform agenda is broad: cracking down on lobbying, and expanding voting rights across the nation. Among the more dramatic reforms Sarbanes would like to implement is a proposal for public financing of campaigns. Under Sarbanes’ vision, the federal government would provide a voluntary 6-1 match for every small donation to candidates who have agreed to forgo PAC money.

Meanwhile, all Maxine can probably think of is impeachment while Vox is trying to spoonfeed this to their readers:

Last month, Warren introduced the Anti-Corruption and Public Integrity Act, a bill that would introduce a lifetime lobbying ban on the president, vice president, Cabinet members, and congressional lawmakers. It would also force all presidential candidates to disclose multiple years of tax returns and institute several other steep reforms.

To be sure, these proposals have a long road ahead of them. House Democrats only get a chance to pass this legislation if they win the 2018 midterms — and the road to retaking the Senate is even tougher. The bill has a high risk of becoming a “message” bill, and a bare majority, with just a few seats, makes that message an even tougher sell. But some Democrats are optimistic that they can get these bills to pass with support from moderate Republicans.

Oh, I'm sorry, Ella. Is there some point you're trying to push that no one, including you, believes?