Even Rolling Stone Is Skeptical of Liberal Tom Arnold 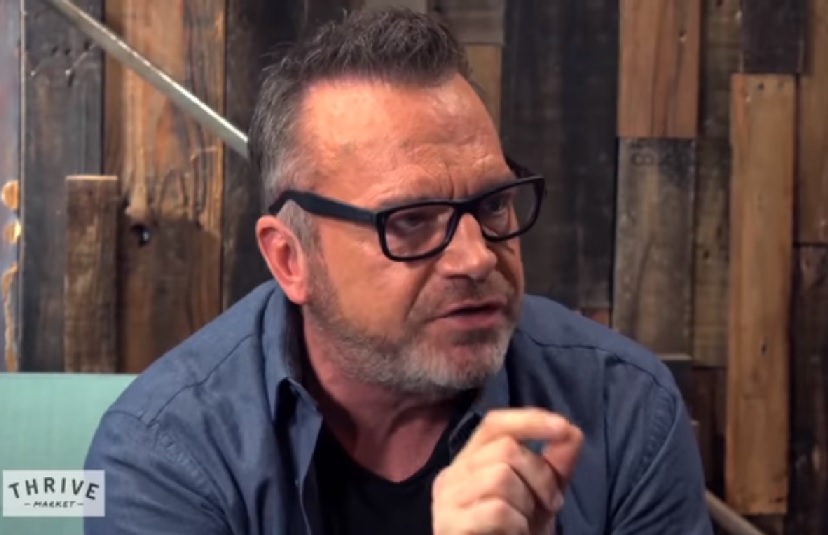 hen even Rolling Stone thinks you are doing too many drugs that means you are probably named Tom Arnold. When not noting Arnold's drug intake, Rolling Stone writer Brian Hiatt in his August 12 profile expressed skepticism of his credibility, especially in regards to the Trump tapes that he is supposedly hunting down but which never seem to materialize.

He lost 90 pounds five years ago, when his son, Jax, was born, aiming to stick around for the family he’s built with his very patient fourth wife, Ashley. Since then, he’s gained enough back to land at a football-coach burliness — still not bad for a 59-year-old who once blew a $10 million Jenny Craig sponsorship by gaining more weight than he was supposed to lose. (Or maybe it was SlimFast — he tells the story both ways.)

Or maybe he was a vacuum salesman in another dimension where Reverend Jim was selling books.

The Ritalin his parents snuck into his food calmed him as a kid; cocaine did the same for him as an adult. He’s done an awful lot of drugs, was in rehab just last year. He is, in all, a frantic, lovable, weirdly charismatic mess, “a crazy person,” by his own half-joking description.

And this is the person whom many liberals desperately hope will bring down Trump since the Bob Mueller investigation has turned up not a shred of evidence of any Trump-Russia collusion.

These days, in between stand-up gigs, Arnold is on a reckless, friendship-straining, marriage-testing, one-man mission to save the world from a former acquaintance who is now president of the United States, at whom he’s leveled a long and growing series of wild accusations. His claims of seeing Apprentice outtakes where Trump allegedly uses a racial slur were just the beginning. In September, Viceland will debut The Hunt for the Trump Tapes With Tom Arnold, a gonzo reality show about Arnold’s quest: Each episode will focus on a different alleged “tape,” from pee to Apprentice.

Each episode will focus on a different alleged tape, none of which have been found so far.

It’s not just a show. Arnold is consumed with his hunt, fueled by an apparent mix of moral outrage, general obsessiveness and a fair amount of free time. Longtime friend Arnold Schwarzenegger has a simpler explanation, though: He told Politico that Tom is just trying to reclaim his past “notoriety.”

An apt observation by Ahnold.

So: is Tom Arnold the madman hero we didn’t know we needed, a Trump-derangement-syndrome cautionary tale, or some confounding mix of both? Over the months we stay in touch, he supplies evidence to support all three scenarios.

I'll go with a Trump-derangement-syndrome madman with heavy doses of whatever scenario.

When I push Arnold for the full context of the alleged Apprentice slur, he claims that Trump was asked on the set about heading to Sammy’s Roumanian Steakhouse for dinner, and that Trump responded, “I don’t want to go uptown with all those n——.” (White House representatives did not respond to multiple requests for comment.) It came out casually, Arnold claims, “like he’s said it a billion times before.” Later, I realize that Sammy’s Roumanian has only one location, way downtown, and I press Arnold on the maddening discrepancy.

Maybe Tom was thinking about another president somewhere in The Twilight Zone.

By June, Arnold is feuding with the Trump Tapes producers, even as filming chugs along. “They’re f---ing idiots,” he tells me casually, more than once. He adds that they’ve all grown to “f---ing hate” him, and cheerfully shares tales of screaming matches with his showrunner. By August, they’re not on speaking terms, after a backstage argument at the Television Critics Association. “Get the f--- out of my face,” Arnold says he told him, just before their press conference to launch the show.

It sounds like the off-camera enraged interplay between Tom Arnold and the show staff he hates could become a comedy hit in stark contrast to the boredom of him telling the audience week after week about Trump tapes that he somehow can never produce.

As Arnold becomes estranged from the people behind the show, even wondering whether “they are just stupid or complicit,” he sends more and more information my way. (Tensions do eventually ease to the point where he can finish the show.) “It’s down to me & you,” he texts at one point. I protest that I’m profiling him, not joining the investigation. But Arnold’s gravitational field is strong. I stay skeptical but get sucked in, spending late nights sifting through Apprentice crew credits.

The Rolling Stone writer has been drafted into The Hunt for the Trump Tapes With Tom Arnold and even he sees how ridiculous the effort is.

As with so many moments in his big, weird life, it started with some stuff he did while he was high. On October 10th, 2016, three days after The Washington Post published the Access Hollywood tape that introduced the world to the phrase “grab ’em by the pussy,” Arnold tweeted the following: “Some R voting 4 him because he really is like that & worse. A man who casually uses the ‘N’ word, mic-ed up, on camera. Ask Apprentice crew.” In another tweet, an hour later, he made it clear that he was referring to outtakes from the show. At that point, all hell failed to break loose. Similar, near-contemporaneous claims from Bill Pruitt, a former Apprentice producer, got more attention — including a denial from the Trump campaign — before fizzling out.

Arnold’s tale slowly began to draw more notice. He says that shortly before the election, he got a call from a Hollywood agent who told him he was “sitting next to Hillary Clinton” and that “the fate of the free world” was in his hands, if only he could produce the footage. But Arnold didn’t have it.

That is the only Tom Arnold claim that has a whiff of veracity. It is not hard to imagine a liberal Hollywood guy so desperate to bring down Trump that wants to believe that substance-abusing Arnold has "the fate of the free world" in his hands. Too bad Arnold didn't have it.

He may have been the first, for instance, to publicly mention a supposed “Trump elevator tape,” well before the Daily Beast confirmed that TMZ had discussed buying such a thing; the gossip site reportedly dropped the matter after learning that Trump Tower elevators don’t have security cameras. Arnold says they had the wrong building, and is still after the tape.