"Democracy Dies in Darkness" or, according to Rolling Stone writer Ana Marie Cox, Democracy Dies in Duluth. Yes, that is her premise as she paints a condescending picture of those attending the June 20 rally for President Donald Trump in Duluth, Minnesota.

Before reaching her death of democracy conclusion, Cox portrayed the crowd at the rally as a bunch of mere lightweight yahoos: 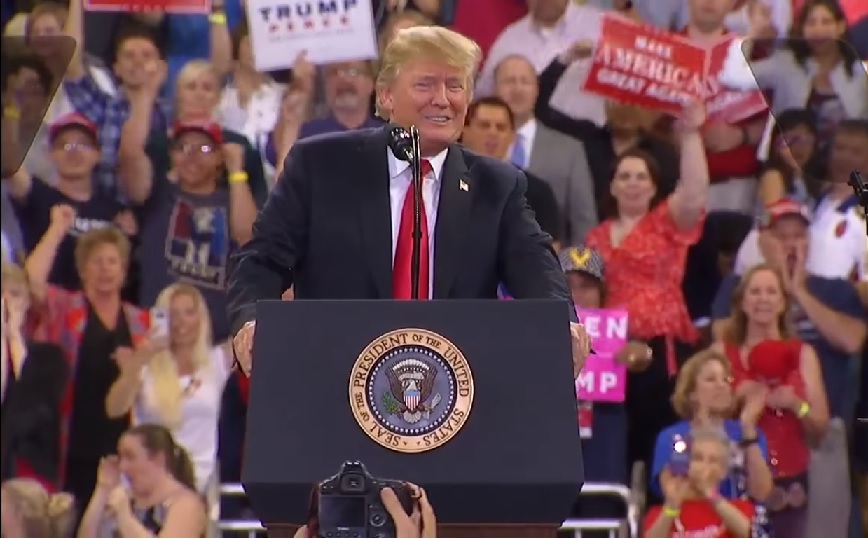 I’ve been to Trump rallies before that felt dark with rage; what was disconcerting about the one in Duluth was its giddy weightlessness. Even Trump seemed unburdened, his stream-of-consciousness not eddying too much in dangerous petty grievances (like the Mueller investigation), but rather swirling in more grand existential loops, like his riff about “elites”: “You ever notice they always call the other side ‘the elite’? The elite! Why are they elite? I have a much better apartment than they do. I’m smarter than they are. I’m richer than they are. I became president and they didn’t.”

The crowd whooped in shared glee, if not shared fortune.

They knew their lines: “Lock her up!” and “Build the wall!” and “CNN sucks!” all rang out at the appropriate cues. When Trump indicated a pause for laughter – it’s hard to describe anything he says as a “joke” – they delivered the syllables with disciplined crispness, like we were on the set of a studio in Burbank and not in a musty arena named for a small-time lubricant manufacturer. Then again, there’s the Amsoil slogan: “First in synthetics.”

Following that bit of smug condescension, Cox proceeds to discern the Death of Democracy:

That’s the way the end of democracy sounds, I think: People so eager to join a chant they do it before they know all the words.

Actually the end of democracy is more like leftists doxxing ICE agents. We already know that Rolling Stone's "A Rape on Campus" is one of many reasons, along with this article, for the end of journalism.