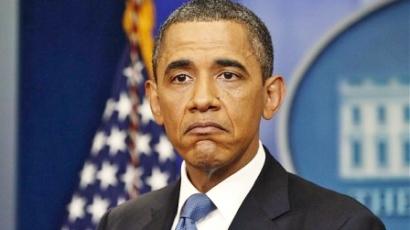 One of the sad hazards of being a former community organizer is that when you end up enjoying the good life, some in the community you left behind will accuse you of ignoring them. Such is what happened in the May 16 Chicago Sun-Times when columnist Mary Mitchell made that accusation against former president Barack Obama who has been busy since he left office shuttling between the Virgin Islands and Tahiti and similar points in between.

What has set off Mitchell is the relation between the proposed Obama Presidential Center and the surrounding Chicago community. She expresses her frustration with Obama in Barack needs to return to his roots as an organizer for Obama Center to flourish.

That means climbing off his presidential high horse and returning to his roots as a community organizer.

Perhaps she means he has to climb off his presidential jet skis.

Once Obama announced his library would be in Chicago, it was as if the former president had suddenly turned into a greedy real estate developer.

And unfortunately, the manner in which the project was unveiled wasn’t inclusive.

For instance, while the Obama Foundation invited the crème de la crème of black Chicago, the activist community — the ranks from which Obama sprang — didn’t make the list. That was their first big mistake.

The relationship between the Obama Foundation and the activist community has been adversarial ever since.

Yeah, but the relationship between Obama and Richard Branson owner of Virgin Airlines and his own Virgin island remains strong.

The CBA Coalition, comprised of more than a dozen groups, planned a “vigil against displacement” ahead of Thursday’s meeting by the Chicago Plan Commission to consider zoning applications for the project.

This strained relationship between the former president and Chicago’s activists has been widely publicized.

In an interview with Politico Magazine earlier this year, Jeanette Taylor, the education director for the Kenwood Oakland Community Organization, Taylor said she asked the former president why he wouldn’t sign a CBA.

Taylor said Obama told her, “I was a community organizer . . . I know the neighborhood. I know that the minute you start saying, ‘Well we’re thinking about signing something that will determine who’s getting jobs and contracts and this and that,’ . . . next thing I know, I’ve got 20 organizations coming out of the woodwork.”

“He’s got a lot of nerve saying that,” Taylor told Politco. “He’s forgotten who he is. He forgot the community got him where he is,” she said.

And now a final word about the most definitely former, repeat, former community organizer:

Right now, there is so little trust between the Obama Foundation and grass-roots activists, we might as well be talking about the Chicago Police Department and Black Lives Matter.