And the latest entry in a long line of mainstream media attempts to marginalize Donald Trump came today on With All Due Respect. Co-host John Heilemann obviously wanted to portray Trump as over the top crazy by comparing him to Colonel Kurtz of the Apocalypse Now movie. Let us join Heilemann as he attempted to divert attention from the Wikileaks revelations, which he later wrote off as mere insider politics stuff, by focusing on Trump as Kurtz. You can enter the Heilemann's Heart of Darkness at the 1:44 mark in the following video:

MARK HALPERIN: So John, to the extent that you can discern a formula here, is Trump's new gambit a potential path to victory for him or is it pure kamikaze?

JOHN HEILEMANN: See what it says up there on our wall? 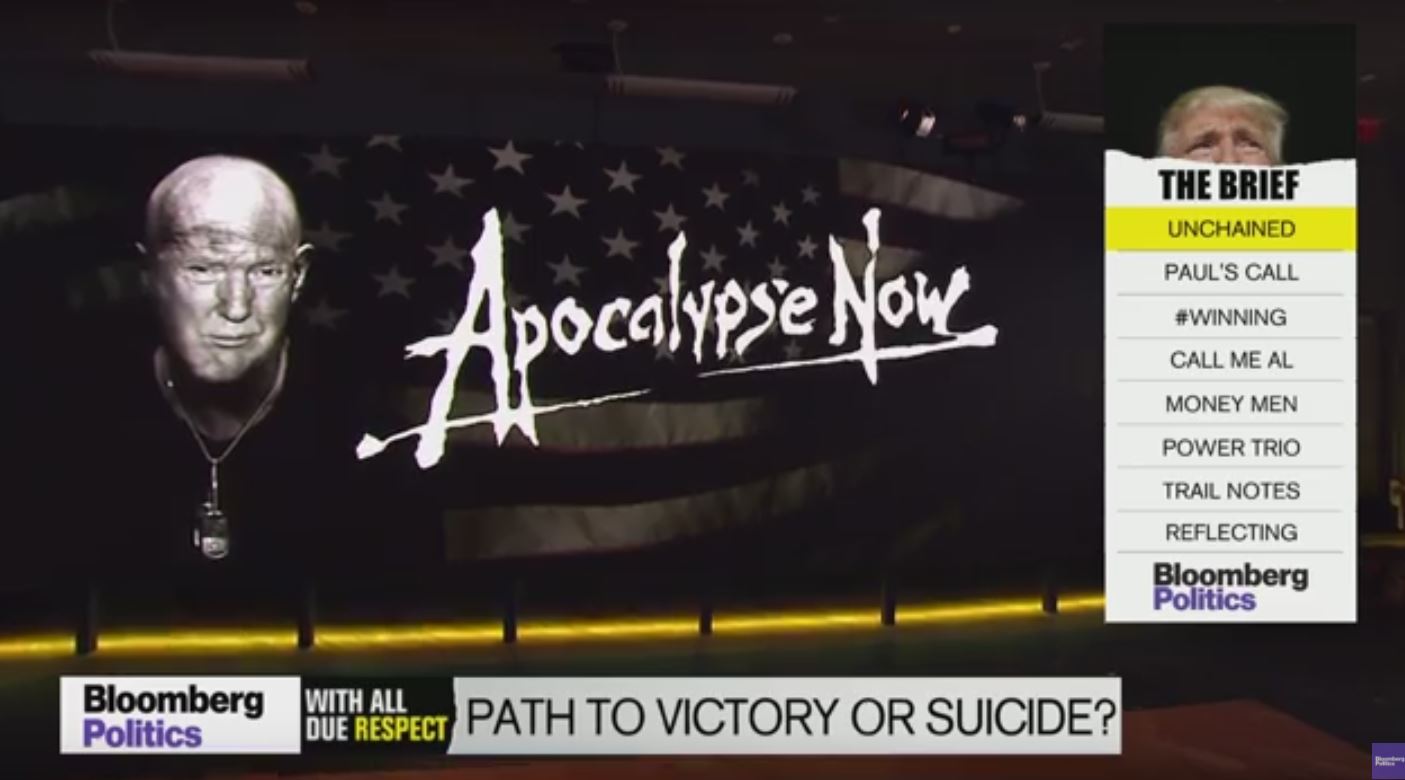 HEILEMANN: See who that is? That's Donald Trump there looking like Colonel Kurtz.

HEILEMANN: I had this thought last night. Colonel Kurtz went up the river and surrounded himself with a bunch of guys in Cambodia and they treated him like a god and he gradually went totally insane. That's what that's about.