Smerconish made this unique suggestion on his CNN show on Saturday. His idea is that if a pollster contacts you that you should lie and tell him that you support Gary Johnson for president even if you don't. The whole purpose would be to get the Libertarian ticket level of support to 15% to get them into the presidentials debates. Here is Smerconish recommending that you lie to pollsters:

...And even though Johnson and Weld will be on all 50 state ballots, in order to get to debate, they need to quickly reach 15 percent in an average of five national polls. While they meet that threshold in several states, they're not there nationally yet. Despite the Aleppo flap, I hope they make it.

Johnson and Weld have offered a nuanced view of independence and thoughtfulness. They refuse to campaign dirty. They are even willing to utter the "C-word," compromise. Putting them on the debate stage would also force their opponents to defend their views against independent thinking. They just got their first endorsement from a major daily newspaper, the Richmond Times-Dispatch. So, here's my idea, if a pollster calls you, tell them you're for Johnson-Weld. You can always change your mind after the debates.

The very weird thing here is that Smerconish, after telling you it is okay to lie to pollsters, immediately asks his viewers to take one of his polls: 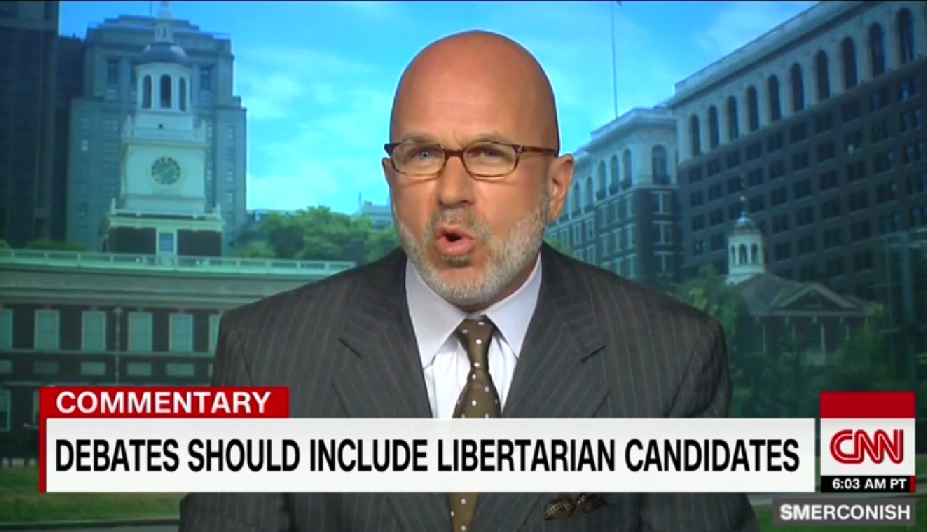 Time for you to get involved and not just on Twitter. I do a poll on my daily Sirius XM radio program. We're going to try it out here. Go to cnn.com/vote, and answer this question. Before the Gary Johnson controversy this week, would you have known the answer to, "What is Aleppo?" Be honest, cnn.com/vote. I'll announce the results later in the program.

So Michael, would it be okay to lie on your poll?

Exit question: Would Gary Johnson have known what Aleppo is if it were a smokable weed called "Aleppo Gold?"