E.J. Dionne, April 3: This Time It Really Is the End of Trump. Really.

This time it really is the end of Trump. Really.

That was the title of the E.J. Dionne's column in the April 3 Washington Post. It was so spectacularly wrong in its prognostications that it really does deserve an award. Really. If only Dionne's column had been published two days earlier he could at least save some face by claiming it was just an April Fools joke. Unfortunately for Dionne, he doesn't have that out and will forever be known for perhaps the most hilariously wrong political predictions now and forever unto the end of time. It wouldn't be so bad for Dionne if his column had been merely a very tentative set of possible unfavorable outcomes for Trump. Instead, Dionne declared Trump to be flat out finished in a manner just oozing with smug arrogance as was reflected in his column title: 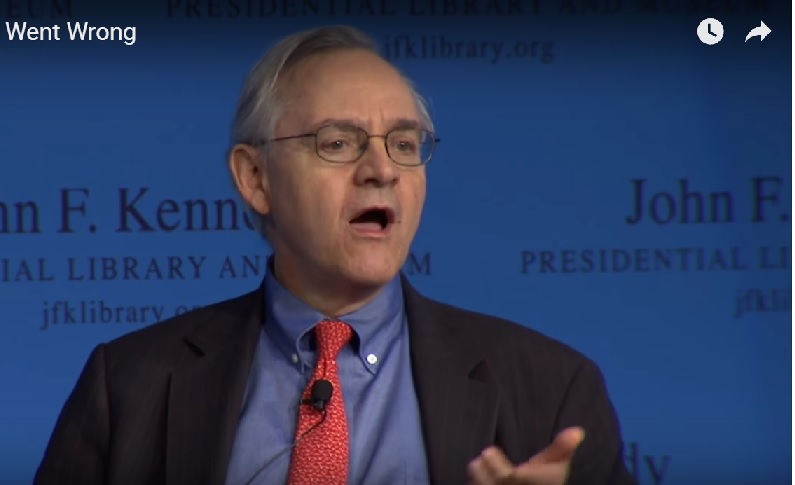 ...the killer news for the man who values winning above everything else is that he has dropped well behind Sen. Ted Cruz (Tex.) in the polls in Wisconsin, which holds its primary on Tuesday. A loss there, particularly a big one, would greatly complicate Trump’s already difficult path to a delegate majority of 1,237.

You could look at the week as an aberration that Trump, the magician, will somehow surmount. In fact, these episodes tumbling one upon the other ratify what Trump skeptics said all along: that he is utterly unprepared to be a serious candidate, let alone president of the United States; that an endless stream of insults against all who get in his way wears thin over time; that he is winging it and stubbornly refusing to do the homework the enterprise he’s engaged in requires; and that trashing ethnic and religious minorities can win you a fair number of votes but not, thank God, a majority of Americans.

...In the case of Trump, journalists are so worried about their old mistake of underestimating the man’s staying power that they now risk making the wrong mistake of missing his fall.

Yeah EJ, only you had the tremendous insight to predict Trump's inevitable "fall" on April 26.

Trump’s troubles threaten to go beyond Wisconsin. He could now lose in other big states that vote next, including Pennsylvania, California, New Jersey and possibly even his home state of New York. If this happens, it will be far easier for the Republican Party bosses (such as they are these days) to deny him the nomination. Trump will come to look less like the rank-and-file Republican favorite and more like a flash in the pan.

New York, Pennsylvania, and every single county in the April 26 primary states. Care to inform us who was the overwhelming victor there?

...an utter Trump implosion might free the Cleveland convention to turn to someone entirely outside the current crop of candidates, someone unsullied by the ugly and vulgar GOP primary campaign. A sinking Trump would have far less power to resist such an outcome. Democrats need to prepare now for the strong possibility that they will not be lucky enough to run against The Donald.

An utter E.J. Dionne implosion might free his fellow journalists to openly laugh at his hilariously incorrect Trump prognostications.

Most importantly, journalists need to remember that ratings and page views are not the same as votes and that Americans may love circuses but ultimately want elections to be more than Barnum & Bailey productions. Trump has entranced the media and ignited a minority of Republican primary voters. He has never, ever won over anything close to a majority of the American electorate. We demean ourselves as a people if we think that Trumpism is the wave of the future.

The future is here and is mocking E.J. Dionne with yesterday's election results.

Journalists and citizens alike should cultivate, not resist, their most honorable instincts. The instinct that Americans would never choose as their president a clownish peddler of racial and religious stereotypes who made everything up as he went along was right from the start.

Apparently E.J. Dionne converted his overwhelming desire to see Trump defeated into a smugly arrogant but ultimately clownish column flat out predicting his quick political demise. Oh, and would you prefer salt & pepper or hot sauce when publicly eating your April 3 column, EJ?