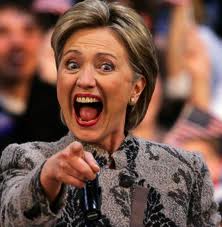 The panel of the syndicated "Chris Matthews Show" this weekend campaigned for Hillary Clinton to replace Joe Biden as Vice President in order to assist Barack Obama's re-election in 2012 and set her up for a successful presidential bid in 2016.

As NewsBusters reported Wednesday, Chris Matthews on that evening's "Hardball" had former Virginia governor Doug Wilder and New York magazine's John Heilemann on to discuss the merits of this strategy.

The "Hardball" host must have found this quite compelling, for he decided to do an entire segment on his weekend program with guests Erin Burnett of CNBC, Kelly O'Donnell of NBC, Howard Fineman of Newsweek, and Heilemann.

After playing a clip from Wednesday's "Hardball," as well as a video of Clinton in 2009 saying she'd never run for president again, Matthews and his panel started the campaigning (videos follow with commentary):

Readers are advised to notice a couple of interesting things in this video.

First, panelists talked about what a great job Clinton's doing as Secretary of State, yet no one elaborated on exactly what she's done in the past eighteen months in this capacity that's been so spectacular.

Are relations with Iran any better? No.

Are relations with Syria any better? No.

Are relations with North Korea any better? No.

Are relations with Cuba or Venezuela any better? No.

Has there been any improvement in the Israeli-Palestinian conflict? No.

As such, what exactly has Clinton done as Secretary of State that warrants such praise for her job performance?

As the answer appears to be "Very little," the takeaway to all this unwarranted Hillary fawning is that her adoring fans in the media clearly would like to see her run in 2016, and that they are now participating in a makeover to facilitate that end.

On the other hand, what does this say about their confidence in Obama?

If these folks believe that he needs some help from Hillary to win re-election, isn't that a bash at him?

Consider that in a subsequent segment, Matthews asked if Obama's young age - which was a benefit in 2008 - might hurt him in 2012.

Heilemann felt it would:

JOHN HEILEMANN, NEW YORK MAGAZINE: I think the Republican attack on Obama is going to revolve around too liberal, but also too incompetent. And, and the inexperience that, that I think Republicans will try to hang around his neck, they're going to say, "Look, you hired this guy. He was too young for this job. He didn't know what he was doing. He didn't have the experience, and look what's happened."

Of course, this is what the Clintons were saying in 2008 along with John McCain, Sarah Palin, and all those that opposed Obama's election for exactly this reason.

Now that it's becoming apparent that this former junior senator from Illinois really was too inexperienced for the position, his fans in the media are actually suggesting he needs help from Hillary Clinton in 2012 to make the ticket look more competent.

Maybe if these sycophants would have properly reported his glaring lack of qualifications during the primaries rather than gushed and fawned over him like teenyboppers near a rock star, this would never have happened.