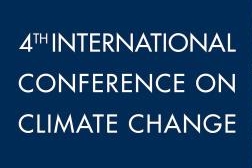 Four days after Senate Democrats introduced a new bill to limit carbon emissions, an international conference discussing the scientific holes in the theory of man-made global warming began in Chicago.

Despite the attendance of hundreds of scientists from across the globe, as well as polls finding Americans becoming less and less convinced that man has anything to do with the warming trend the planet has experienced since 1850, our nation's media couldn't care less.

The event kicked off Sunday evening with a detailed discussion of the facts surrounding last year's ClimateGate scandal by Climate Audit's Stephen McIntyre (videos in three parts follow with commentary):

During one of Monday's breakout sessions, Western Washington University's Don Easterbrook claimed that the recent warming trend that began in the '70s is officially over, and predicted that we have entered a lengthy period of cooling.

In a paper he published Sunday evening just as the Conference was beginning, Easterbrook cautioned:

1. A recent study showed that twice as many people are killed by extreme cold than by extreme heat.

2. Global cooling will have an adverse effect on food production because of shorter growing seasons, cooler growing seasons, and bad weather during harvest seasons. This is already happening in the Midwestern U.S., China, India, and other places in the world. Hardest hit will be third world countries where millions are already near starvation levels.

3. Increase in per capita energy demands, especially for heating.

4. Decrease in the ability to cope with problems related to the population explosion. World population is projected to reach more than 9 billion by 2050, an increase of 50%. This means a substantial increase in demand for food and energy at a time when both are decreasing because of the cooling climate.

Many other scientists present concurred with Easterbrook's claim. Some even offered far more dire predictions that the cooling which began in 1998 could end up lasting far longer than the few decades Easterbrook is forecasting.

One would think such predictions, especially given the harsh winter many Americans experienced this year, would be of interest to the weather junkies in the media.

Unfortunately, Google news and LexisNexis searches have not identified one major news outlet covering the proceedings in Chicago.

For those interested, the Conference's sponsor, the Heartland Institute, has videos available of the keynote speeches through Monday. More videos will be posted as they come available.

Readers are advised that the Media Research Center is a co-sponsor of this conference.