George Will Accuses Media of Manufacturing Return of Public Option 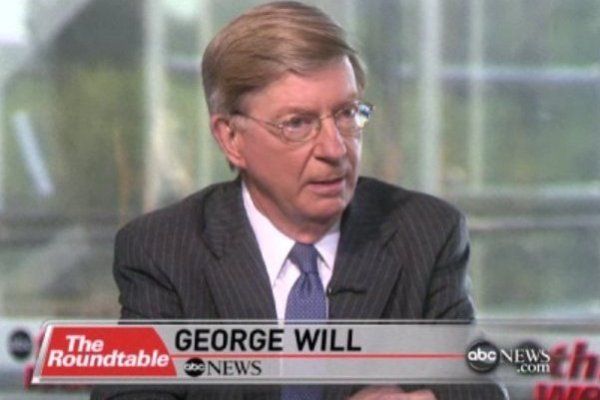 George Will on Sunday accused the media of manufacturing the return of government mandated healthcare to the current reform debate.

Discussing the subject on the recent installment of ABC's "This Week," Will said it was highly unlikely Democrats actually have the votes for what they call a "public option," but the media are assisting them in "cleverly and skillfully manufacturing a sense of inevitability that they hope will be self-fulfilling."

In effect, although it is quite doubtful the votes are currently there for any form of government run healthcare, the press are doing their darnedest to change that (video embedded below the fold with partial transcript):

GEORGE STEPHANOPOULOS, HOST: George, let's zero in on this public option debate right now. It is kind of a remarkable comeback for the idea even though we don't know exactly how it's gonna shake out in the end. What do you attribute that to?

GEORGE WILL, ABC: Arguably to a collaborative media. That is although they cannot identify a single Republican vote as Al [Hunt] demonstrated in his interview with Olympia Snowe, the Democratic leaders have said, "We've got the votes." Now that means they're gonna get the votes of Evan Bayh of Indiana, Ben Nelson of Florida, of Sen. Nelson of Nebraska, which is to say they're not going to lose a single, so-called moderate Democrat. I think there is, they're cleverly and skillfully manufacturing a sense of inevitability that they hope will be self-fulfilling. I'm still dubious.

And the White House thinks Fox isn't a news organization!

Of course, this kind of manufacturing a self-fulfilling prophecy is a regular strategy by the media.