GE Shareholders Meeting: 'The Crowd Was Very Upset With MSNBC' 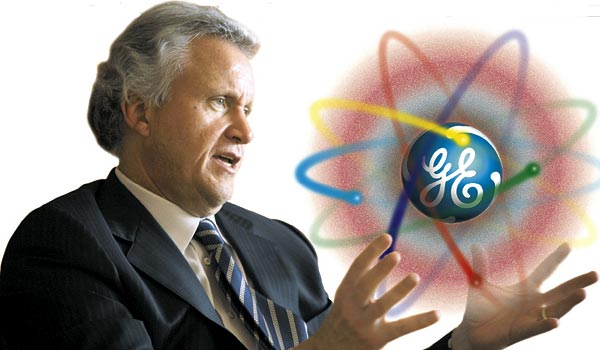 According to the Hollywood Reporter, during the question and answer phase of the meeting, shareholders repeatedly brought up the company's far-left leaning network, and often had their microphones turned off as a result.

Here are highlights from the THR report (link loading slowly due to appearance at the Drudge Report):

Things got testy Wednesday at the GE shareholders meeting courtesy of several complaints about political bias at its media division, NBC Universal. [...]

First up was a woman asking about a reported meeting in which Immelt and NBC Uni CEO Jeff Zucker supposedly told top CNBC executives and talent to be less critical of President Obama and his policies.

Immelt acknowledged a meeting took place but said no one at CNBC was told what to say or not say about politics.

"The crowd was very upset with MSNBC because of its leftward tilt," one attendee said. "Some former employees said they were embarrassed by it."

One specific complaint about MSNBC concerned Keith Olbermann's interview of actress Janeane Garofalo, who likened conservatives to racists and spoke of "the limbic brain inside a right-winger."

"They were upset that Olbermann didn't bother to challenge her," one GE shareholder said.

Immelt said he takes a hands-off approach to what is reported on the company's news networks, which prompted a shareholder to criticize him for not managing NBC Uni effectively.

"My biggest surprise was the open hostility to MSNBC," another shareholder said. "It was noticeable and loud. I don't remember any of this going on last year."

Makes you wonder if anyone on the board of directors is paying attention.