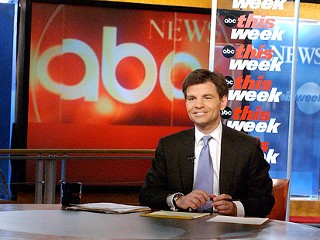 Media watchers have been asking themselves since Barack Obama became the front-runner to win the Democrat nomination for president when the press will turn against him and start treating the junior senator from Illinois like a candidate instead of a rock star.

The worm might have turned on Sunday's "This Week," when, as my colleague Brad Wilmouth reported, Cokie Roberts actually used the feminist card to trash Obama for Hillary's sake.

Almost as tasty, about three minutes later, a discussion about how Obama is beatable as the Democrat candidate began with Cokie saying (video available here, relevant section begins at minute 12:30):

I mean, you look at these numbers, and you still see lots of landmines, not in necessarily, in the nomination, but in the general election. I mean, you start looking at young voters, are they going to show up? Probably not. They never have before. By the time November comes, they'll be tired. They'll have heard it all. You look at Independents, they're the least likely people to vote. I mean, you have all these groups that are not necessarily going to show up...You wonder if the enthusiasm is going to hold through November.

This led to a discussion about Michelle Obama's comments earlier in the week, and an extended conversation about problems that her husband is going to have in the general election if he wins the nomination.

Number one, that he comes off as someone that is a little aloof, not someone that really cares about people in his bones. And secondly, that he will be accused of being a reflexive liberal despite all this talk about him being a bipartisan healer.

George Stephanopoulos, while the cameras were rolling, actually called someone a liberal? Are you kidding me?

Oddly, that mightn't have been as shocking as Ron Brownstein's response (LA Times):

Among kind of a blue-collar America where experience counts more, where national security may count somewhat more in a traditional way that Republicans kind of play it, you can, you can imagine an opportunity for John McCain to win in particular a lot of the white, waitress moms that Bush won in 2004 around security issues who have not voted for Obama in this campaign. And, that is, you could see, for example, an Obama who could be a very strong candidate in Virginia, a Colorado, an affluent state, but have a lot of trouble in some of these interior states that are economically troubled.

Stephanopoulos agreed: "The Reagan Democrats who have gone to Clinton go back to McCain."

So did Roberts: "I think that's right."

Is this a foreshadowing of things to come when and if Obama wins the nomination? Only time will tell.