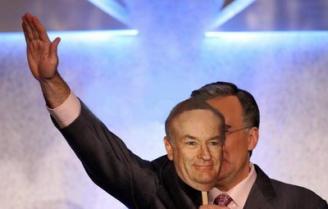 In fact, it's really a perfect fit, dontcha think?

As such, when MSNBC's Keith Olbermann posted his first blog at Daily Kos Monday, it shouldn't be surprising that he took the opportunity to bash Fox News's Bill O'Reilly.

After all, what would this man be without Bill, and those who hate him (h/t NB reader Thomas Stewart and Inside Cable News):

Sure has taken me long enough. But, as you may know, I am the shy, retiring type: Hesitant to state an opinion in public and horrified to pass judgment or seem a scold.

But, having now read a (mercifully few) claims here that I'm a) attacking Clinton, b) burying Edwards, and c) clobbering Obama, I feel the need to mention that I truly don't have a preference. I am tilting in no direction, sending out no subliminal message, and thwarting no truth.

I appreciate the fervor of each candidate's supporters and I think I have some empathy based on my standing in the Frustrated-By-The-Obviousness-Of-Politics League. But can anybody reading messages into tea leaves in my newscast, when there isn't even a teacup, please resume regular breathing patterns? To see in each of my reports an enemy or a spokesman sounds microscopically like - and I swallow hard and prepare for the prospect of some Kossacks to approach what passes for my castle with torches and pitchforks as I write this - Bill O'Reilly.

You have to hand it to him: he knows exactly who his audience is, and exactly what they want.

Of course, this audience continues to be one-third the size of O'Reilly's, but his sycophants don't seem to care, do they?