Fred Thompson Says Fox News Is Biased Against His Campaign 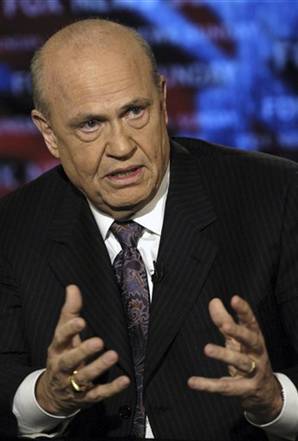 This should certainly raise the eyebrows of folks around the country who believe Fox News is too conservative.

As reported hours ago by TheHill.com (video available here):

In an interview on "Fox News Sunday," host Chris Wallace pressed Thompson on how some conservatives have lambasted Thompson's campaign and showed clips of Fox conservative commentators Charles Krauthammer and Fred Barnes criticizing the former senator.

Thompson said, "This has been a constant mantra of Fox, to tell you the truth." He noted that other conservatives have praised his bid for the GOP nomination and took issue with a Fox promo that focused on polling in New Hampshire, where Thompson is registering in the single digits.

Thompson, in a firm, but measured tone, scolded Wallace: "...for you to highlight nothing but the negatives in terms of the polls and then put on your own guys who have been predicting for four months, really, that I couldn't do it, kind of skew things a little bit. There's a lot of other opinion out there."

Wallace denied to Thompson that "Fox has been going after you" and asked, "Do you know anybody who thinks you've run a great campaign, sir?"

Thompson responded, "It's not for me to come here and try to convince you that somebody else thinks I've run a great campaign." He added that National Review magazine has praised him for issuing detailed policy proposals on Social Security and immigration.

It's going to be fascinating to see whether this gets much coverage by the mainstream press, and, if so, how they use it to prove FNC is indeed conservatively biased.