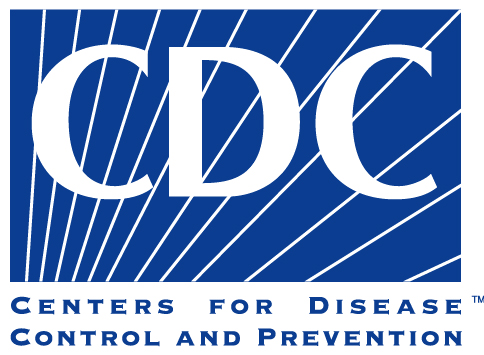 Do you find it amazing that the same media doing everything possible to ignore global warming skeptics whilst almost exclusively focusing attention on entities advancing climate change hysteria (i.e. Al Gore) are constantly accusing the Bush administration of censorship regarding this issue?

The most recent example of such absurdity transpired when assertions were made about nefariously edited Senate testimony given last Tuesday by the director of the Centers for Disease Control and Prevention, Dr. Julie Gerberding.

Though many in the media credited the Associated Press for breaking the story, it appears this conspiracy theory might first have been hatched by Senator Barbara Boxer (D-Cal.), as according to LexisNexis, the following announcement posted at the website of the U.S. Senate Committee on Environment & Public Works was published by US Fed News at 2:46AM EST Tuesday:

Washington, DC - U.S. Senator Barbara Boxer (D-Calif.), Chairman of the Senate Committee on Environment and Public Works, today made the following remarks regarding reports that the Bush Administration cut numerous pages from testimony written by Dr. Julie Gerberding, Director of the Centers for Disease Control before today's Environment and Public Works Committee hearing on the impacts of global warming on public health:

Chairman Boxer said: "The White House continues to say that science should guide us on global warming legislation. The Director of the Centers for Disease Control is one of the country's leading voices on public health. The Administration should immediately release Dr. Gerberding's full, uncut statement, because the public has a right to know all the facts about the serious threats posed by global warming."

Yet, according to LexisNexis, the first Associated Press article that supposedly started the uproar wasn't published until 5:38 PM EST Tuesday, almost fifteen hours after Boxer's announcement:

The White House severely edited congressional testimony given Tuesday by the director of the Centers for Disease Control and Prevention on the impact of climate change on health, removing specific scientific references to potential health risks, according to two sources familiar with the documents.

Dr. Julie Gerberding, director of the Atlanta-based CDC, the government's premier disease monitoring agency, told a Senate hearing that climate change "is anticipated to have a broad range of impacts on the health of Americans."

But her prepared testimony was devoted entirely to the CDC's preparation, with few details on what effects climate change could have on the spread of disease. Only during questioning did she describe some specific diseases that likely would be affected, again without elaboration.

Her testimony before the Senate Environment and Public Works Committee had much less information on health risks than a much longer draft version Gerberding submitted to the White House Office of Management and Budget for review in advance of her appearance.

"It was eviscerated," said a CDC official, familiar with both versions, who spoke on condition of anonymity because of the sensitive nature of the review process.

This set off a media firestorm with almost 200 subsequent press reports concerning the matter - virtually all of them parroting the Democrat Party line about Bush censoring important scientific and health information - including this from the Wednesday edition of ABC's "World News Tonight with Charles Gibson":

CHARLES GIBSON (ABC NEWS) (Off-camera): There are charges tonight that the Bush administration has once again watered down a government official's testimony on climate change. This time, it was the presentation of Dr. Julie Gerberding, the director of the Centers for Disease Control and Prevention, who testified before a Senate committee yesterday. As ABC's Lisa Stark reports, what the senators heard was not the full story.

LISA STARK (ABC NEWS) (Voiceover): It was supposed to be a full report on the impact of climate change on public health.

LISA STARK (ABC NEWS) (Voiceover): But Dr. Gerberding's written testimony was a shell of what she'd originally prepared, six pages cut down from 14 after heavy editing by the Bush administration. In her original draft, Gerberding states, 'CDC considers climate change a serious public health concern." That was left out. 'Many Americans will likely experience difficult challenges," also left out.

LISA STARK (ABC NEWS) (Voiceover): Today, the White House insisted the testimony was changed because it was at odds with the recent international report on climate change.

DANA PERINO (WHITE HOUSE PRESS SECRETARY): We have experts and scientists across this administration that can take a look at that testimony and say, 'this is an error," or, 'this doesn't make sense."

LISA STARK (ABC NEWS) (Voiceover): But a lead author of that international study says there were no errors.

DOCTOR JONATHAN PATZ (UNIVERSITY OF WISCONSIN - MADISON): I do not find any grounds that anything should have been excluded by the administration.

LISA STARK (ABC NEWS) (Voiceover): At the hearing, Gerberding did acknowledge some of the serious health problems that were cut out of her written testimony, but only when asked. Administration critics say what happened to her original statement is yet another example of politics trumping science. Lisa Stark, ABC News, Washington.

Do you find it at all interesting that no one from CDC -- even Gerberding herself -- was interviewed for this piece? Want to know the likely reason why?

Well, according to an article published Friday by Congressional Quarterly HealthBeat News, neither Gerberding nor a CDC spokesman agrees with the media accounting of this matter (emphasis added):

A CDC spokesman declined to either confirm or deny the authenticity of material identified by the committee majority as deleted. The spokesman, Tom Skinner, said that despite the impression created by media reports about the edits, Gerberding was able to fully express her views in oral testimony before the panel and that she said everything she wanted and needed to say on the issue. Gerberding told a press luncheon the day after her testimony, "I feel very confident we had a completely honest conversation" with lawmakers. She called press coverage about the edited material "the most ridiculous thing I've ever heard."

If the spokesman for the CDC and the agency's director in the middle of this supposed conspiracy don't feel the Bush administration was guilty of censoring them, why are media continuing to suggest otherwise?

In fact, regardless of the position of those directly involved, the Boston Globe just published an editorial pointing fingers at the Bush administration concerning this matter:

WHEN THE top public health official of the United States addressed the Senate last Tuesday on the health impact of global warming in this country, the senators - and the public - had a right to expect Julie Gerberding's full, unvarnished thoughts on this important issue. That's not what they got. In another case of the White House censoring what the public learns about climate change, the administration cut her testimony in half.

I guess it doesn't matter what Gerberding thinks.