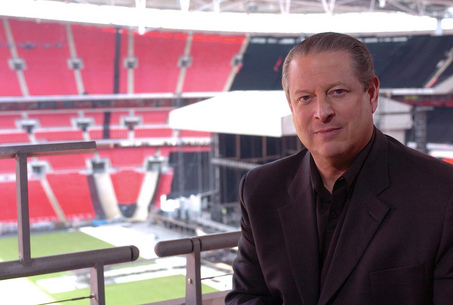 Two months later, the BBC has scrapped "Planet Relief," a proposed day-long special about climate change, specifically citing the failure of Al Gore's international concerts as one of the reasons for the cancellation.

The BBC announced today that the project has been scrapped. Negative reaction to this summer's flop Live Earth concert, promoted by Al Gore, the former US Vice-President, was cited as a factor. Viewers told the BBC to present the debate around climate change in an informed and rigorous manner. They did not want to be lectured by wealthy pop stars and celebrities.

How marvelous. But there was more:

The BBC said: "BBC One aims to bring a mass audience to contemporary and relevant issues and this includes the topic of climate change. Our audiences tell us they are most receptive to documentary or factual style programming as a means of learning about the issues surrounding this subject, and as part of this learning we have made the decision not to go proceed with the Planet Relief event."

The BBC promised instead to "focus our energies on a range of factual programmes on the important and complex subject of climate change. This decision was not made in light of the recent debate around impartiality."

Wouldn't it be fabulous if American media made such wise decisions concerning factual programming? Or is that asking too much?