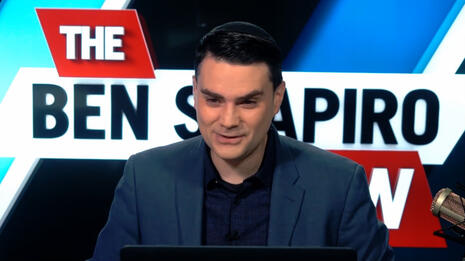 Two weeks ago, several Politico staff members threw a hissy fit in a video conference call with management because they dared to allow ideological diversity to exist at their publication. The blowup happened after The Daily Wire founder Ben Shapiro guest wrote ONE edition of Playbook (following the lead of figures across the political spectrum between the previous and now-current team of writers). Last week, those Politico staffers showed just what kind of ideological bigots they were, writing a letter to CEO Robert Allbritton whining about how editors hurt their feelings.

“More than 100 Politico staffers signed onto a letter sent to publisher Robert Allbritton, expressing disgust with allowing right-wing firebrand Ben Shapiro to guest-author one day’s edition of the Playbook, and with the outlet’s subsequent handling of the fallout,” touted author Maxwell Tani.

And of course, leave it to the leftist radicals at The Daily Beast to side with their intolerance. The piece also featured a highly edited photo of Shapiro, which was just his head surrounded by darkness.

Without ever quoting anything from the letter he said they had, Tani boosted their intolerant campaign. “The guest appearance sparked immediate backlash and criticism from many in the media industry, including within Politico’s own newsroom, where employees expressed outrage on Slack and during an all-staff editorial meeting following the guest column’s publication,” he wrote.

Going further, Tani wrote how the publishing of Shapiro “demoralized a substantial portion of the newsroom,” adding:

But the resulting response from Politico brass was unsatisfactory to a number of employees.

According to multiple Politico insiders familiar with the situation, the letter to Allbritton criticized the decision to publish Shapiro, claiming it had demoralized a substantial portion of the newsroom, but also railed against the responses to criticism offered by editor in chief Matt Kaminski.

Those infantile Politico staffers had an issue with Kaminski defending their editorial decision to tap Shapiro by saying it was to have the magazine’s content be “vital and vibrant,” and an “experiment and mix things up.”

But according to Tani’s report, “[t]he staff letter, sent last week to Allbritton, maintained that Kaminski had not appropriately apologized for his responses, additionally referencing an email he sent to staff on January 15, which was obtained and reviewed by The Daily Beast.”

Throughout the piece, Tani repeatedly pushed the leftist smears against Shapiro. “In response, the letter’s signees asked Allbritton how Shapiro’s extensive record of bigotry can be considered ‘vibrant’ or ‘vital,’” he wrote at one point. In The Daily Beast’s version of the report, the tagline “neither ‘vibrant’ nor ‘vital’” was slapped underneath the headline.

Towards the end of the piece, Tani noted that the Politico letter also had a list of demands for Allbritton:

Elsewhere in the note to their publisher, the Politico staffers called for a commitment to clarify and improve the outlet’s editorial standards; an increase in newsroom diversity; an editor’s note on Shapiro’s edition of Playbook; and an internal apology for the decision to publish the provocateur.

Childish pouting from the group that had mental breakdowns when they heard opinions they didn’t agree with.