UPDATE: ABC Refuses to Issue an On-Air Correction to Their Fake News Video 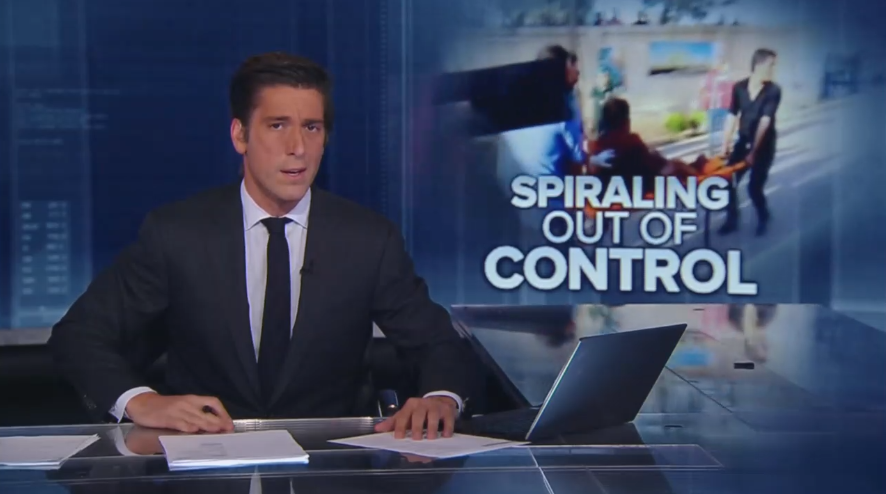 On Monday, ABC News got caught lying about having a video allegedly showing Turkish troops slaughtering Kurdish civilians in northern Syria, when, in fact, it was video from a gun range in Kentucky. Seemingly thinking a pair of weak apologies on Twitter were enough, the liberal broadcast network refused to correct the record and inform viewers on their journalistic malpractice during that evening’s World News Tonight.

As NewsBusters’s Kristine Marsh reported, Sunday’s World News Tonight teed up the contents of the video as being a product of President Trump’s foreign policy, declaring, “This video right here appearing to be showing Turkey’s military bombing Kurdish civilians in a Syrian border town.” The false claim was repeated on Monday’s Good Morning America.

But following the due diligence of Twitter user Wojciech Pawelczyk and a Washington Examiner piece exposing ABC’s fake news, the Twitter accounts of GMA and World News Tonight issued the same copy-and-paste apology:

CORRECTION: We’ve taken down video that aired on “World News Tonight" Sunday and “Good Morning America” this morning that appeared to be from the Syrian border immediately after questions were raised about its accuracy. ABC News regrets the error.

Later that evening, despite anchor David Muir dedicating five minutes and 28 seconds to the fighting in Syria, the network refused to acknowledge their misleading story and correct the record for their millions of viewers. And as the Examiner further reported:

A representative for the Knob Creek Gun Range also told the Washington Examiner that they are still investigating ABC’s reporting, adding further that the images aired by the network "look to be" from their Kentucky property.

It’s hypocritical for ABC to be silent on this error since they often decry when a Republican “refuses to apologize” for something.

In 2009, they were appalled that Congressman Joe Wilson (R-SC) wouldn’t apologize for his famous “you lie” outburst against their precious then-President Barack Obama during the State of the Union. They also didn’t like it that then-candidate Donald Trump said he didn’t owe Senator John McCain an apology for disparaging his war hero status because he was captured.

It’s imperative for ABC’s flagship evening news program to correct their mistakes on-air because they’re the largest when it comes to ratings.

According to TVNewser, for the week of September 30, World News Tonight raked in 8.2 million viewers. For that same week, TVNewser found Good Morning America came in first with 3.7 million viewers. So, it’s likely that the show misled millions of people while a fraction of them saw the tweets.