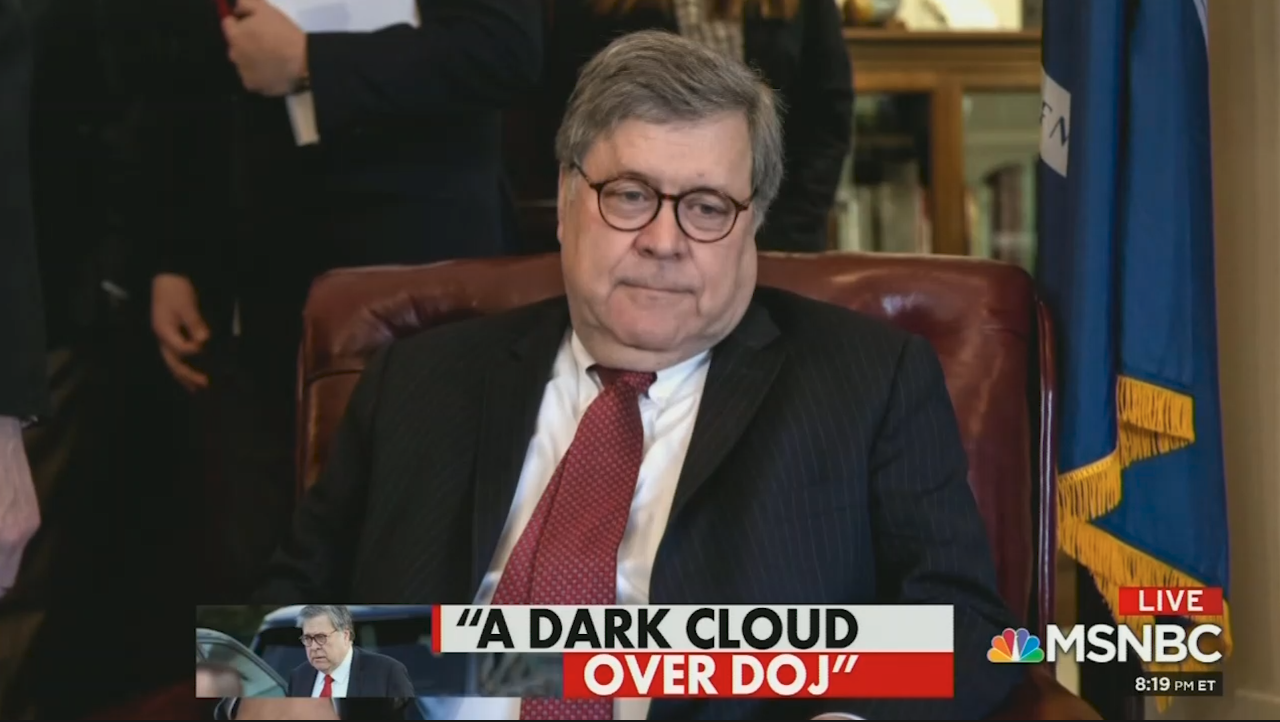 On Tuesday, NewsBusters research analyst Bill D’Agostino compiled a roundup of several incidents in which liberal media shriekers declared Attorney General William Barr was orchestrating a “cover-up” of President Trump’s crimes with redactions to the Mueller Report. But it appears as though all their hyperventilating, pearl-clutching, hyperbole, and other defining verbs were for not.

In the run-up to the release of the Special Counsel’s report, the so-called purveyors of “facts first” over at CNN had no problem with pushing kooky cover-up conspiracy theories. “Could the Attorney General be part of a cover-up,” host John King once declared without evidence, with host Erin Burnett later wondering: “Is Barr covering for Trump or not?”

But according to a Washington Post report headline out Wednesday night, the “Mueller report will be lightly redacted, revealing detailed look at obstruction of justice investigation”. The paper noted that the report would be “offering a granular look at the ways in which President Trump was suspected of having obstructed justice, people familiar with the matter said.”

According to their anonymous sources, the Mueller team didn’t charge Trump with obstruction of justice because he could have been acting “innocently”.

“The report — the general outlines of which the Justice Department has briefed the White House on — will reveal that Mueller decided he could not come to a conclusion on the question of obstruction because it was difficult to determine Trump’s intent and some of his actions could be interpreted innocently,” the Post reported.

Adding, “But it will offer a detailed blow-by-blow of his alleged conduct — analyzing tweets, private threats and other episodes at the center of Mueller’s inquiry…”

The paper reiterated Barr’s explanation to Congress for what would be included in the redactions:

[M]aterial from the grand jury, material that reveals intelligence sources and methods, material that is relevant to ongoing investigations, and material that could affect the privacy of “peripheral” third parties. Each redaction will be color-coded so readers know the reason material is being shielded, Barr has said.

The rest of the Post report was the usually dreary, whiny, trying-to-make-a-case-against-Trump-out-of-nothing reporting the liberal media has become known for.