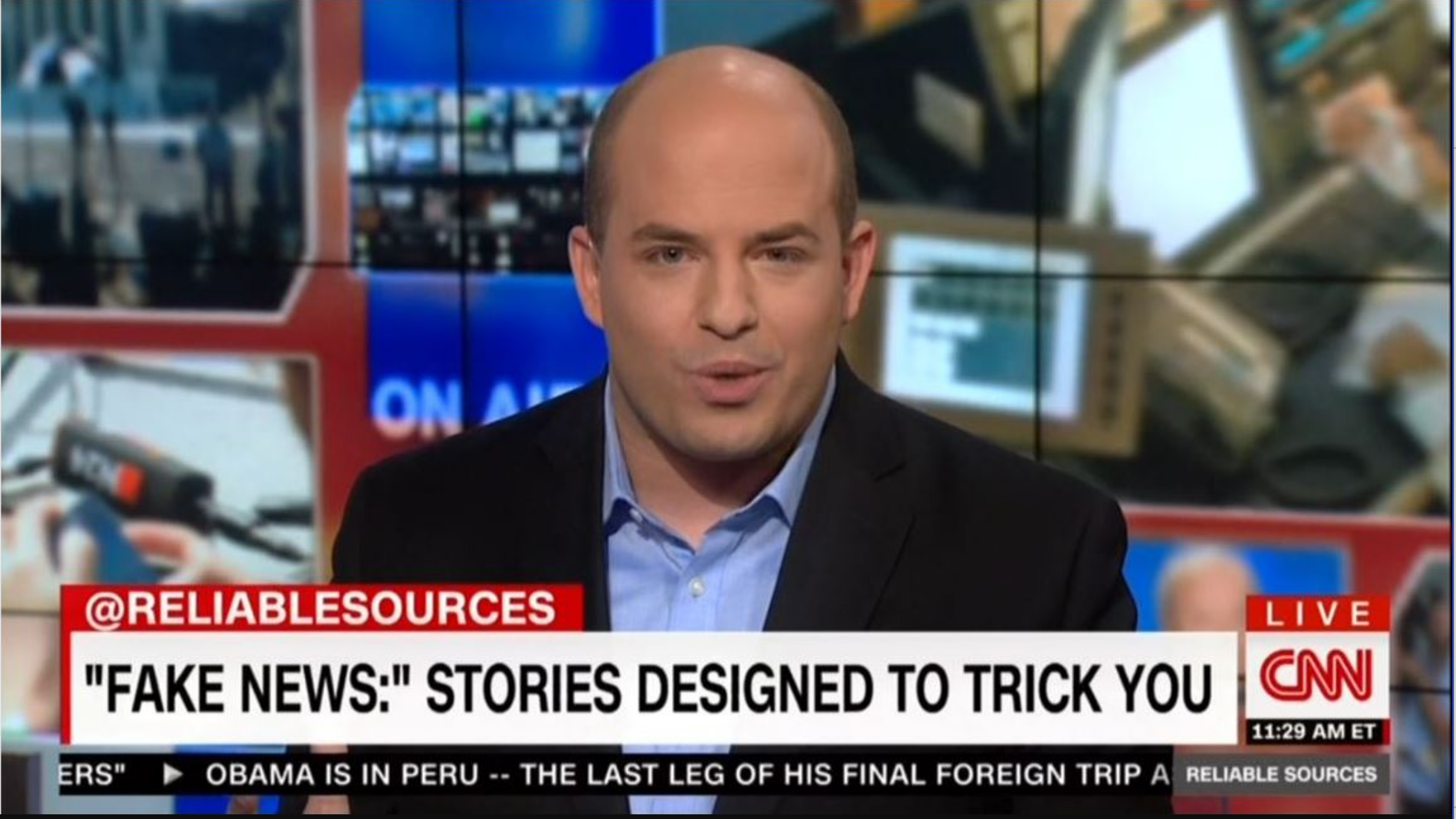 Early last month, CNN senior media correspondent Brian Stelter was apoplectic that Sinclair Broadcasting Group dared to have anchors on its network of local television outlets read a scripted corporate statement railing against fake news and promising to remain factual in their reporting. Flash forward to Tuesday, May 1, and the latest instance of a media corporation pressuring its journalists involved the women of NBC feeling pressured to sign a letter defending Tom Brokaw, and the network’s reputation, from more sexual misconduct allegations. And on this, Stelter was dead silent.

Stelter’s hyperventilation about Sinclair’s scripted corporate statement began in early March when journalists at Sinclair owned stations started reaching out to him. “The promo requirements are the latest reason why some Sinclair journalists are upset with the company's Maryland-based management. In recent years Sinclair's owners, the Smith family, have made several programming decisions that reflect a right-wing agenda,” he decried at the time.

But that wasn’t the first time Stelter had criticized Sinclair. As the Daily Caller discovered just a couple days after he began railing against them for the scripted statement, Stelter had been a long time hater of Sinclair. “Brian Stelter won’t tell his audience he doesn’t just question Sinclair’s editorial choices but thinks the entire company is ‘evil,’” the Caller’s Joe Simonson wrote. Stelter was upset that they wouldn’t run a particular episode of ABC’s Nightline and left placards in their parking lot in protest.

Almost a month after his first report on Sinclair’s scripted promise, Stelter found a former Sinclair producer who quit his job over the corporate-directed campaign. With all of the hype Stelter was using to promote the producer’s exit, he failed to mention his strong liberal leaning on many issues and how that might have played a role in his decision. But still, the issue of Sinclair’s corporate meddling was an issue Stelter held dear.

Just two days after entertainment magazine Variety published sexual harassment accusations against Brokaw, over 60 women at NBC became signatories on a letter in which they stepped up to the plate to vouch for Brokaw’s character.

“Tom has treated each of us with fairness and respect. He has given each of us opportunities for advancement and championed our successes throughout our careers,” the letter said. “As we have advanced across industries — news, publishing, law, business and government — Tom has been a valued source of counsel and support. We know him to be a man of tremendous decency and integrity.”

But according to a New York Post article published on Tuesday, NBC executives were breathing down the necks of their female staffers to sign the letter or face the consequences. According to an anonymous NBC staffer:

We felt forced to sign the letter supporting Brokaw. We had no choice, particularly the lower level staffers. The letter was being handed around the office and the unspoken threat was that if your name was not on it, there would be some repercussion down the road. Execs are watching to see who signed and who didn’t. This was all about coming out in force to protect NBC’s golden boy; the network’s reputation is tied to Brokaw . . . If more women come forward, that’s a big problem.

Despite this disturbing account of the hostile pressure those women were subjected to, there was not a peep out of Stelter publically. On his Twitter account, the Brokaw situation was only mentioned twice: Once saying the story would be treated just like Sinclair and another time arguing that the Brokaw story led his newsletter once. On a side note, according to botcheck.me the account he was arguing with “exhibit[ed] patterns conducive to a political bot or highly moderated account tweeting political propaganda.”

But even with Stelter’s assurances, it would be treated like Sinclair, NBC’s pressure campaign didn’t even make it into his media newsletter Tuesday night. Of course, the seriousness of NBC’s corporate directive greatly overshadowed that of Sinclair since it involved sexual misconduct and not just a difference in political opinion. And as of the Publishing of this piece, Stelter still has yet to Tweet about the NBC pressure on its female staffers.