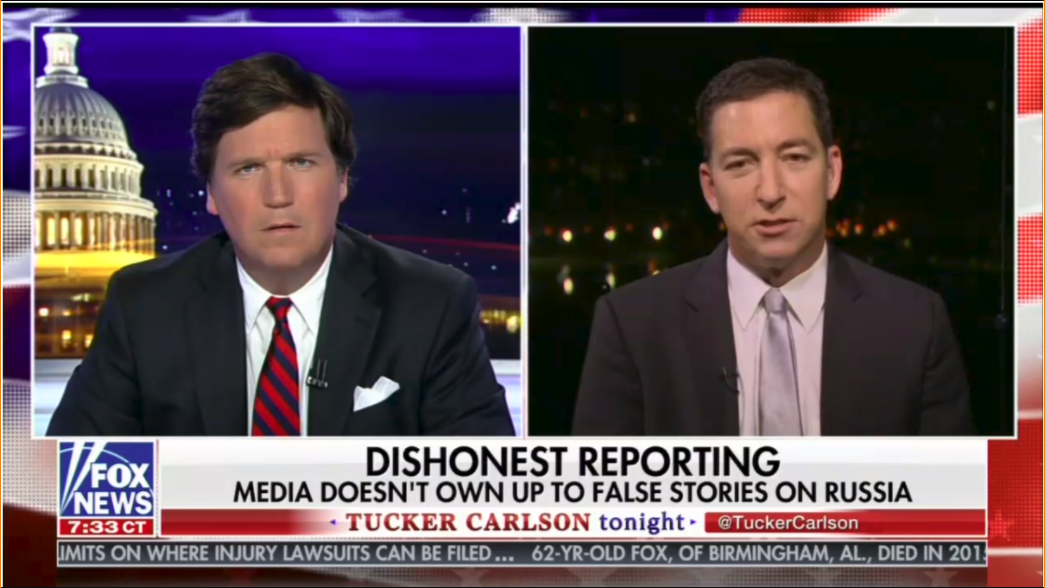 In an extensive piece published by The Intercept on Saturday, co-founder of the news site Glenn Greenwald excoriated CNN (as well as a host of other news outlets) for recklessly advancing agenda driven stories involving the Russia investigation, with no transparency when the stories blow up in their face and go viral with fake news.

Greenwald began by noting how “Friday was one of the most embarrassing days for the U.S. media in quite a long time.”

In chronicling the events of Friday, Greenwald mocked CNN for claiming to be “the most trusted name in news.” In the CNN story in question, the outlet claimed two unnamed sources told them that Donald Trump Jr. was e-mailed the WikiLeaks documents before they were published for the world. “As CNN sees the world, this would prove collusion between the Trump family and WikiLeaks and, more importantly, between Trump and Russia, since the U.S. intelligence community regards WikiLeaks as an “arm of Russian intelligence,” and therefore, so does the U.S. media,” he explained.

Despite the fact that CNN couldn’t identify the person who sent a link to Don Jr., their “tone of excitement, breathlessness and gravity the network conveyed” was quite apparent. “There was just one small problem with this story: it was fundamentally false, in the most embarrassing way possible,” Greenwald wrote. They claimed the e-mail was sent on September 4, 2016, when it was actually sent 10 days later.

CNN has refused to discuss how the mix-up happened. But according to Greenwald, the journalist who broke the story, Congressional reporter Manu Raju, didn’t tweet a correction until hours later and spoke in “muted tones” when talking about it on the air. Raju admitted that neither he nor anyone at CNN had actually had seen the e-mails but were relying on the descriptions from those who had seen it.

And CNN has so far refused to out the sources of their terrible information, claiming they were not intentionally trying to deceive the outlet. “How is it remotely plausible that multiple sources could all innocently and in good faith misread the date in exactly the same way, all to cause to be disseminated a blockbuster revelation about Trump/Russia/WikiLeaks collusion,” Greenwald wondered of CNN. And since CNN refused to say where they got the information from, he said: “CNN refuses to provide the most minimal transparency to enable the public to understand what happened here.” 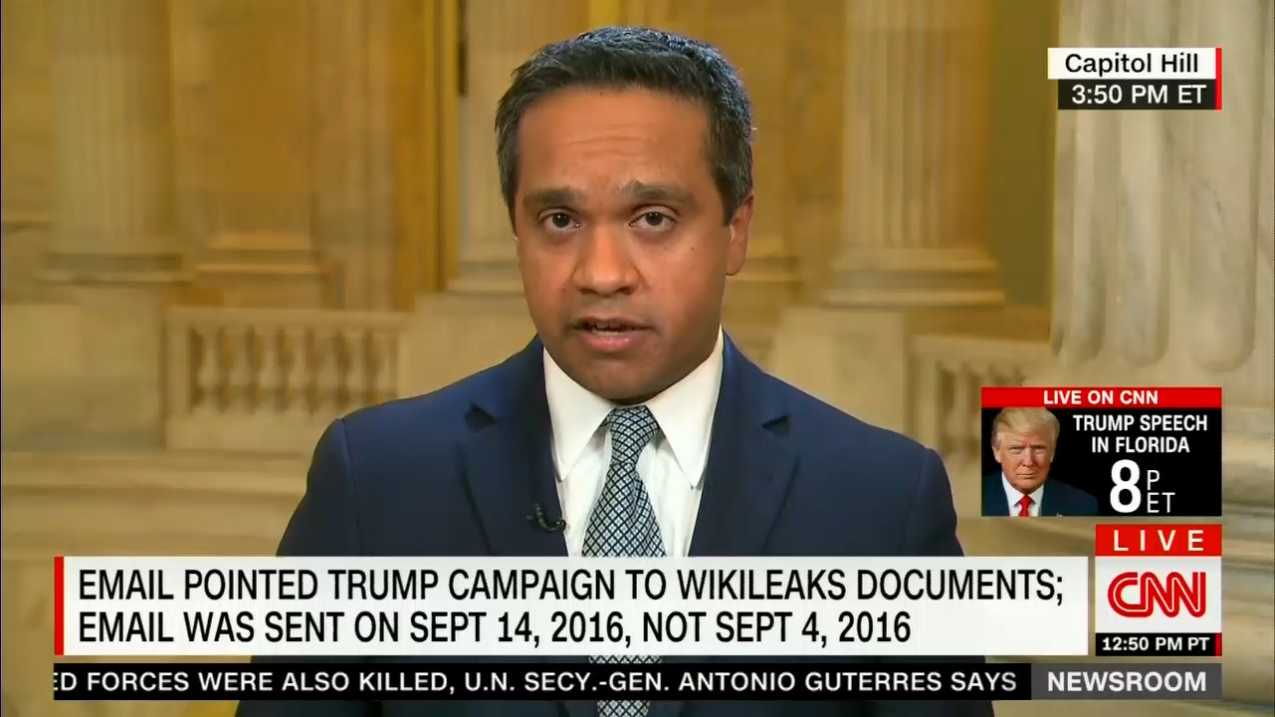 For Greenwald, CNN’s fake news story had three major problems. The first was the fact that it spread like wildfire throughout social media before they issued their correction. “No Russian Facebook ad or Twitter bot could possibly have anywhere near the impact as this CNN story had when it comes to deceiving people with blatantly inaccurate information,” Greenwald quipped.

Second, CBS and MSNBC both claimed they were able to “independently confirm” what CNN had reported was indeed accurate when it was anything but. Greenwald described the analysis from MSNBC’s Ken Dilanian on the subject as “Baghdad-Bob-level embarrassing.”

His third problem with the story was how “this type of recklessness and falsity is now a clear and highly disturbing trend – one could say a constant – when it comes to reporting on Trump, Russia and WikiLeaks.”

The media’s credibility took serval compounding blows last week in a cascade of fake news stories involving Trump and Russia. Greenwald identified that “major media outlets have made humiliating, breathtaking errors on the Trump/Russia story, always in the same direction, toward the same political goals.” And he warned how those in Russia opposed to Putin were being damaged by their reckless reporting. “U.S. media’s unhinged, ignorant, paranoid reporting on Russia is harming their cause in all sorts of ways,” he said.

Greenwald concluded by chiding the likes of CNN’s Brian Stelter and other in the media who “are very good at demanding respect.” “But journalists also have the responsibility not just to demand respect and credibility but to earn it. That means that there shouldn’t be such a long list of abject humiliations, in which completely false stories are published to plaudits, traffic and other rewards, only to fall apart upon minimal scrutiny,” he stated.