Nets Ignore Humana Announcement to Pull Out of Obamacare for 2018 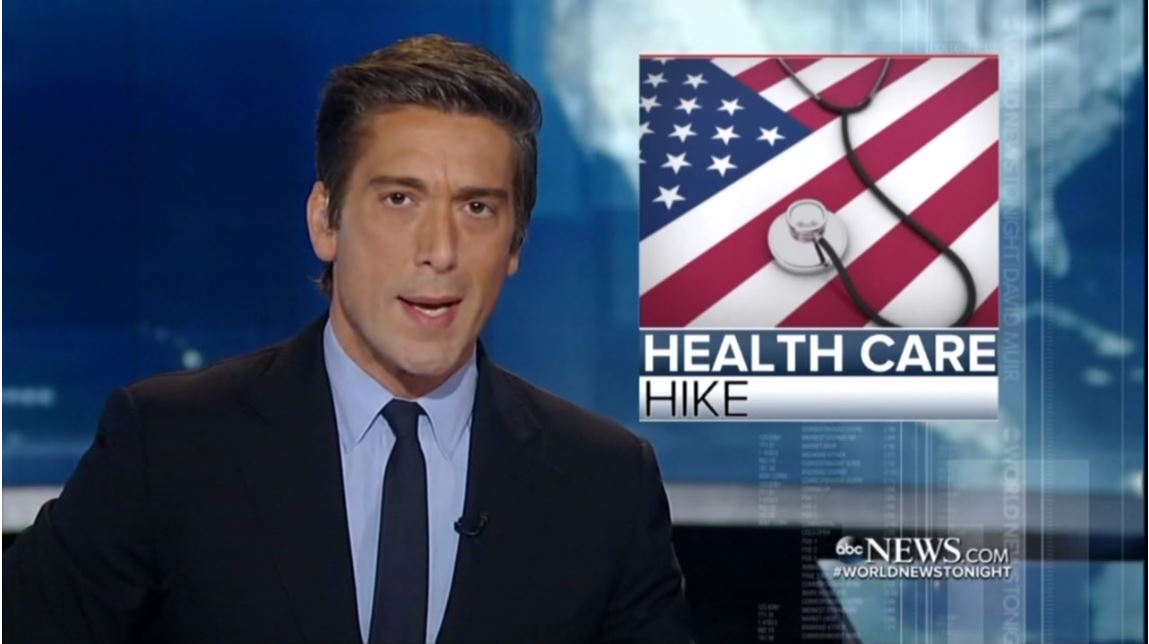 In a press release published on Tuesday afternoon, Humana, one of the United States’ largest health insurers, announced that it will be withdrawing from all Obamacare exchanges come 2018. According to The Hill, “The insurer said it would offer plans through 2017, but that the market has not stabilized enough to participate next year. Humana said it was losing money from taking on too many sick people without enough healthy people to balance the pools.” This is the latest blow to the disastrous health care law and the Big Three networks (ABC, CBS, and NBC) completely ignored it.

The press release noted that Humana had exhausted every option in their attempts “to keep coverage options available wherever it could offer a viable product.” “This has included pursuing business changes, such as modifying networks, restructuring product offerings, reducing the company’s geographic footprint and increasing premiums,” they elaborated.

They explained that “all of these actions were taken with the expectation that the company’s Individual Commercial business would stabilize to the point where the company could continue to participate in the program.”

But the company seemed to suggest that there is a fundamental flaw in the exchanges that lead to vast instability and one that was predicted by some opponents of the law. “However, based on its initial analysis of data associated with the company’s healthcare exchange membership following the 2017 open enrollment period, Humana is seeing further signs of an unbalanced risk pool,” they said.

The Hill also reported that the company “scaled back its exchange participation to 11 states and 156 counties in 2017, down from 1,351 counties in 19 states the previous year.” They also found that this development will cause big problems in the state of Tennessee because Humana is the only insurer available in many counties. And there is a similar problem in Georgia and Mississippi where the company is one of only two options to choose from.

This omission of the latest event in the implosion of ObamaCare is nothing new for the liberal network news outlets. The Media Research Center has extensively documented their grossly meager reporting on the topic during 2016. During that year, the country saw numerous cracks in the foundation of the law form, grow and spread, including the skyrocketing of premiums. CBS was a day late to the revelations and played dumb to the cause of the higher prices.