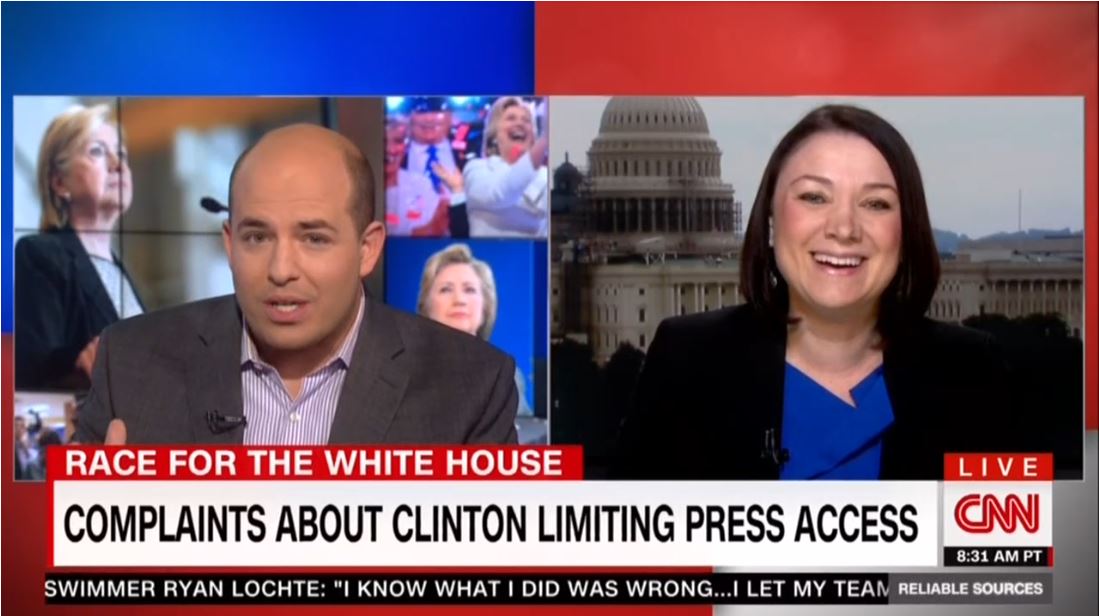 On Sunday’s Reliable Sources CNN’s Brian Stelter brought up a serious issue for journalists, Secretary Hillary Clintons’ major lack of press conferences. He even brought on NPR’s White House Correspondent Tamara Keith to discuss the importance of pressers. “So with a press conference, you can pull out more information, or you can -- or it will be more clear that the candidate simply isn't answering,” she explained. But Stelter was more interested with Clinton’s health conspiracies than say a real issue, such as the FBI turning over their investigation notes to Congress.

Keith noted that it has been 260 days since Clinton has done a proper press conference outside of reporter gaggles and scrums at her events. And host Stelter rationalized it saying, “There is obviously political strategy here about why she’s not giving a press conference. She’s trying to sit on here lead, right?”

“Absolutely! I mean, why would she give a press conference? I mean, from a purely strategic stand point,” Keith agreed. To that Stelter argued that, “journalistically,” the media was in the right to demand more press conferences from Clinton. Keith also noted that with the advent of social media, and the internet at large, politicians no longer need the press to get their message out for them, which means they can more easily duck reporters.

But instead of highlighting important issues for the press to cover such as the FBI turning over their notes on their investigation into her private server; or the Clinton Foundation saying they’ll stop taking foreign donations if she’s president, Stelter chose to focus on poorly founded conspiracy theories.

“Journalists are always going to agitate for more questions,” he stated, “Because there are a lot of topics we would like to get her on the record about. One is her health, because there have been conspiracy theories floating around.”

By focusing on the conspiracies Stelter draws attention away from the real issues surrounding Clinton and the scandals people want answers for. Even Clinton lackey George Stephanopoulos managed to ask Clinton’s campaign manager the obvious, on Sunday, “Doesn’t it suggest that taking those contributions when Secretary Clinton was serving as secretary of state was wrong?”

BRIAN STELTER: I know that’s hard to believe, right? But it is true. Look at the Washington Post head line here. It calls it “ridiculous” that Clinton has not had a press conference since last December. Now there is some debate about what the definition of a press conference is, and all of that. We’ll get into that. But we wanted to look at Clinton’s press strategy, and the questions of access here. We did reach out to the campaign for a spokesperson, and they declined to have someone come on the program this morning.

So I reach out to a campaign reporter instead. Someone who has firsthand experience covering the Clinton campaign. And so let's go to that person now. Tamara Keith a White House Correspondent, who's also covering the presidential race for NPR. Good morning great to see you.

TAMARA KEITH: Good morning, glad to be with you.

KEITH: Yeah so it’s up to 260 days on the counter that the Washington Post has set up. Why does it matter? She has been available in interviews, she has done what you would call a gaggle or a scrum in an ice cream shop or something like that where she takes five or six questions usually on the news of the day. 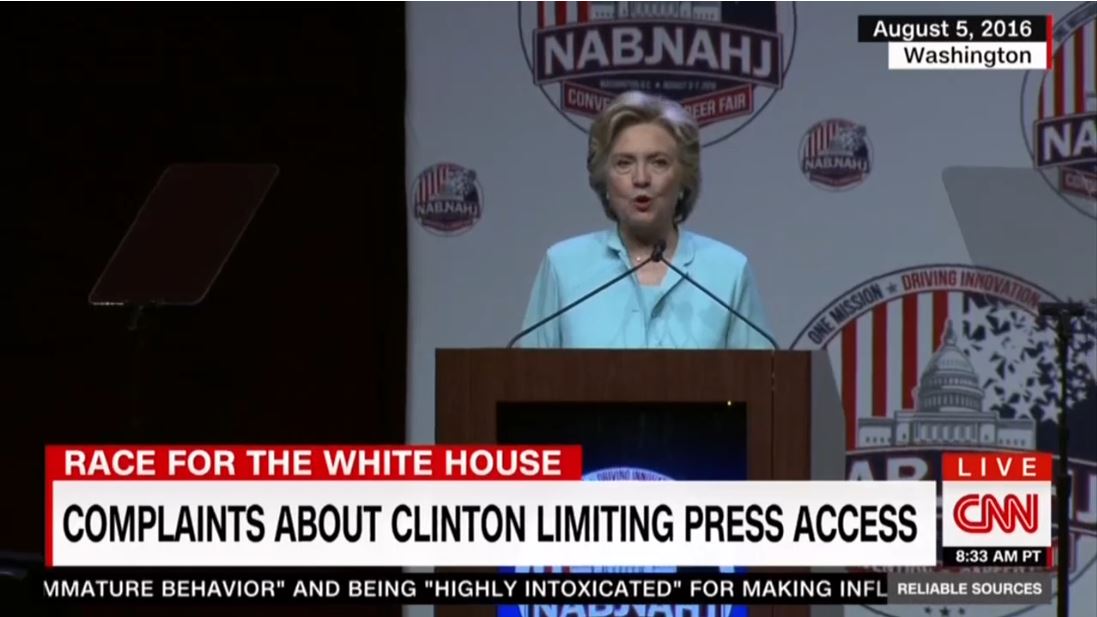 STELTER: There is obviously political strategy here about why she’s not giving a press conference. She’s trying to sit on here lead, right?

KEITH: Absolutely! I mean, why would she give a press conference? I mean, from a purely strategic stand point, you know—

STELTER: But journalistically, and for the public discourse we’re pretty— I mean, I’m not trying to advocate here, but we’re right to demand press conferences. Aren’t we?

STELTER: Journalists are always going to agitate for more questions. But, I do think it’s worth explaining to the viewers why we agitate for it, right? Because there are a lot of topics we would like to get her on the record about. One is her health, because there have been conspiracy theories floating around. They started kind of on—in the fever swamps of the rightwing. They’ve now made it on to Fox News and into Trump Aides’ mouths. Let me show you what Rudy Giuliani said on Fox News Sunday and I’ll have you respond.

RUDY GIULIANI: … Fails to point out several signs of illness by her. All you have to do is go online—

SHANNON BREAM: Her campaign and a number of people defending her saying there is nothing factual to the claims about her health, and that’s speculation at best.

GIULIANI: So, go online and put down “Hillary Clinton illness,” and take a look at the videos for yourself.

STELTER: I’m pretty worried about him just saying, just go online and google it. There are a lot of false articles online, a lot of false information about Clinton’s health. But that said, from the Clinton beat reporter perspective, have you tried to ask about her health? And have you perceived any issues at all with her health?

KEITH: I have not tried to ask about her health and haven’t had an opportunity.

STELTER: So what I’m hearing you saying is, “We don’t have any concrete evidence of some sort of secret illness as has been claimed by these conspiracy theorists.”

KEITH: There is nothing I have seen and I have been pretty close to the candidate. I have seen stools but, you know, Tim Kaine sits on them too.