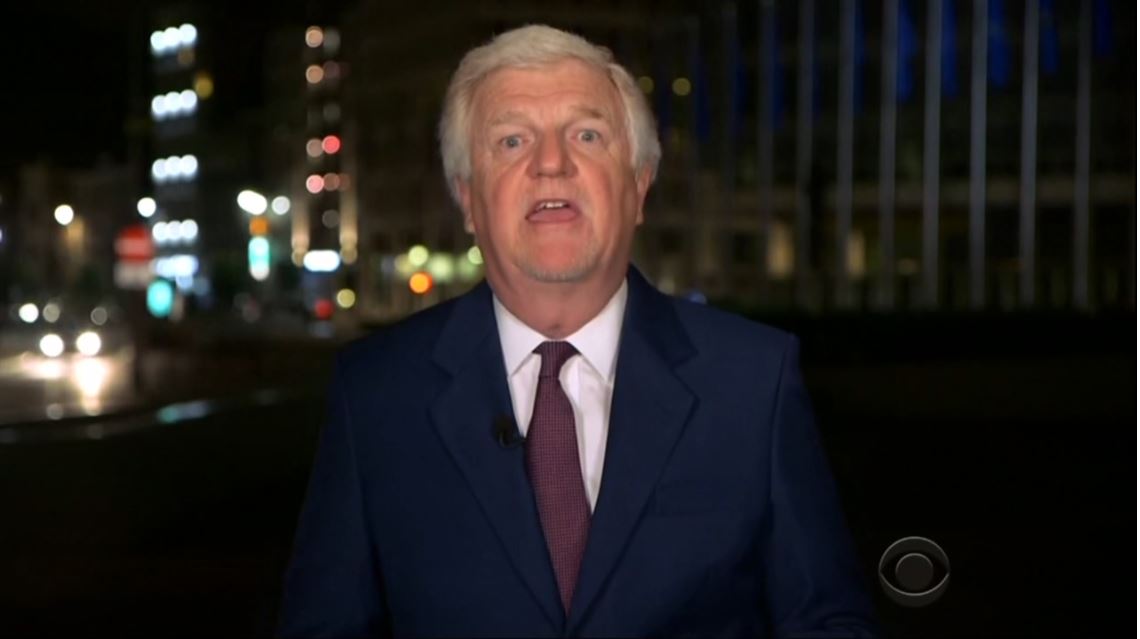 The UK delegation was in Brussels Tuesday for the first time following their history making vote to leave the European Union. The members of European Parliament acted bitter and vindictive to Brexit supporter Nigel Farage, the same was true for CBS reporter Mark Phillips on Evening News. The reporter spent his time personally attacking Farage and blaming him for the hatful atmosphere in EU capital and economic effects.

Phillips reported that UK Prime Minister David Cameron wanted things to remain civil, “But friendliness was not in the air in the European Parliament. Nastiness was.” He placed all the blame for the “nastiness” on Farage, playing a clip of him telling the career bureaucrats that they don’t know what it’s like to have a real job outside of government.

But the journalist failed to report that it was other members of parliament who were the originators of the incivility. In the full video of Farage’s speech, members of parliament can be heard shouting over him to the point where the president of the body had to scold them, multiple time no less. They also booed Farage’s suggestion that there could have normal trade relations between the UK and the EU.

The CBS reporter went even farther by pushing debunked stories of the British economy falling into chaos, and blaming it all on Farage. “Are you telling people you’d rather they were poorer and out of the EU, than in the EU and richer,” he asked directly to Farage.

The UK Independence Party leader shot back at that ridiculous assertion, “I'm telling people the scare stories about financial markets are complete and utter rubbish. I say that because I used to work in them!” Phillips’ claims were partially debunked by CBS’ own reporting when host Charlie Rose reported, “The Dow gains 248 points as anxiety over Britain's divorce from Europe eased.”

In fact, earlier in the day Farage shot down similar accusations from a very combative CNN reporter.

CHARLIE ROSE: Stocks made a comeback on Wall Street today. The Dow gains 248 points as anxiety over Britain's divorce from Europe eased, at least on this side of the world. The leaders of the 28 EU nations meet today in Brussels. Mark Phillips reports it did not go well.

DAVID CAMERON: We mustn't be turning our backs on Europe. These countries are our neighbors, our friends.

PHILLIPS: But friendliness was not in the air in the European parliament. Nastiness was.

NIGEL FARAGE: Now, I know-- I know that virtually none of you have ever done a proper job in your lives. 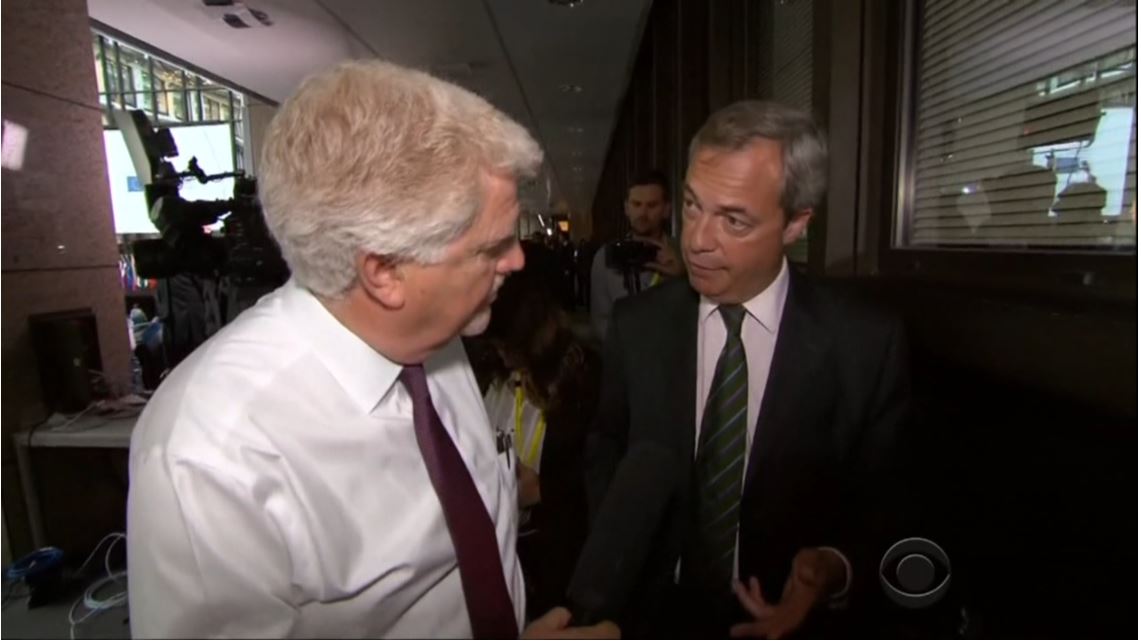 PHILLIPS: Nigel Farage, once considered a wacky British isolationist on the right-wing fringe had won the referendum battle, and was telling those bothersome Europeans what he really thought of hem.

JEAN-CLAUDE JUNCKER: I'm really surprised that you are here.

JUNCKER: The British people voted in favor of exit, why are you here?

PHILLIPS: Farage was here, at least in part, to gloat and to be unrepentant. Are you telling people you’d rather they were poorer and out of the EU, than in the EU and richer?

FARAGE: I'm telling people the scare stories about financial markets are complete and utter rubbish. I say that because I used to work in them!

PHILLIPS: Except it appears to be happening.

FARAGE: But it’s not happening.

PHILLIPS: It is and the European leaders are trying to stop the market volatility by ending the uncertainty the market hates. If Britain is going to go, they say, it should go now, not wait for David Cameron's successor to be chosen in the fall as the British want.

The family photo, a ritual at these meetings, was of a broken family.

Tomorrow the EU leaders will meet to discussing their negotiating strategy for Britain's exit and they're promising to be tough. The dinner tonight, Charlie, is being called David Cameron's and Britain's last supper.