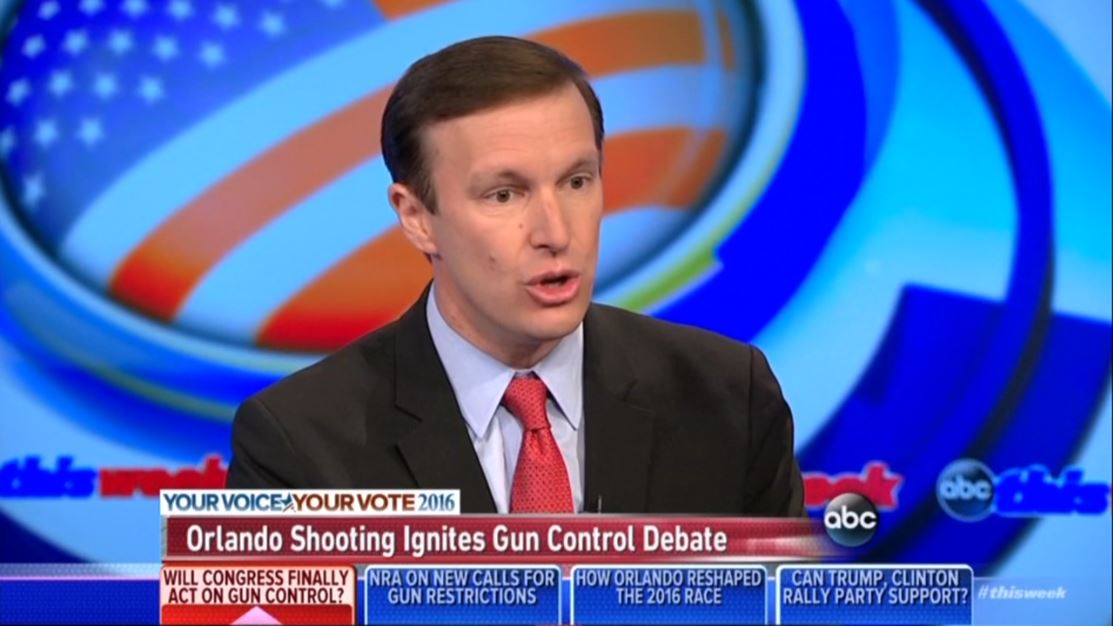 In a shocking development in the push for gun-control, Senator Chris Murphy, who filibustered for 15 hours regarding the issue, admitted Sunday on ABC’s This Week that his proposal would not have stopped any recent mass shooting. “Your proposal would have done nothing in the case of Orlando, it would have done nothing to stop the killing in San Bernardino,” stated ABC’s Jon Karl calling out Murphy, “And in fact, it was unrelated to the killing in Newtown.”

The proposal Murphy has been pushing is one that is meant to close the mythical “gun show loophole.” “Would that have done anything to stop the massacre in Orlando,” Karl asked Murphy. The Senator tried to explain that his proposal had to work in conjunction with other proposals to be effective.

Karl again called out Murphy by pointing to the fact that terrorist Omar Mateen didn’t purchase his firearms at a gun show and passed a background check anyway. “So why -- why are we focusing on things that have nothing to do with the massacres we're responding to,” Karl grilled Murphy.

Murphy’s only response was to argue that it was a “trap” to judge a proposal based on how effective it would have been in stopping the last tragedy:

So first of all, we can't get into that trap. I disagree, I think if this proposal had been into effect it may have stopped the shooting. But we can’t get into the trap in which we are forced to defend our proposal simply because it didn’t stop the last tragedy.

But Karl’s inquiry still stands, why propose a solution to a “problem” that had nothing to do with the tragedy you are trying to stop? Could it be all about the agenda and not the people affected?

JON KARL: That's Connecticut senator Chris Murphy. He spent 15 straight hours on the Senate floor this week demanding that Republicans hold votes on gun control measures and Senator Murphy joins us here right now. So, Senator Murphy, you are getting those votes on Monday. Tomorrow. But are you going to have to look those families in the eye once again and tell them that you have failed? Because those bills are not going to pass. None of them.

CHRIS MURPHY: Well, we're going to work hard, over the weekend, on the bill that stops people on the terrorist watch list to from getting guns. I admit the background checks bill will be tough to get 60 votes on. But, we have hope we can get Republicans to support the bill stopping terrorists from getting weapons.

But listen, I think something important happened last week. It wasn’t just 40 Senators came to the floor and supported my effort to get these votes. There were millions of people all across the country who rose up and who joined our effort. And what we know is, ultimately, the only way to win the issue is by building a political infrastructure around the country that rivals that of the gun lobby. And so, I'm still hopeful we’re going to be able to get votes. I know there are also some compromise negotiations happening that may bear fruit. But, in the final analysis what many be most important is that our filibuster helped galvanize an entire country around this issue.

KARL: But you're specifically pushing a bill and have been pushing the bill, and it will be voted on on Monday, to close the so-called "gun show loophole." Would that have done anything to stop the massacre in Orlando?

MURPHY: So, it may have in the sense that if you partner with a bill that stops terrorists from getting guns.—

MURPHY: He did pass a background check. But, if the Feinstein bill was in effect, the FBI could have put him on the list of those prohibited from getting guns. What if he went into the gun store and got denied, he could have gone online, or to a gun show, and bought another weapon.

KARL: Okay, but what I’m trying to get at is, we hear every time there’s one of these terrible tragedies there are proposals. Your proposal would have done nothing in the case of Orlando, it would have done nothing to stop the killing in San Bernardino. And in fact, it was unrelated to the killing in Newtown. So why -- why are we focusing on things that have nothing to do with the massacres we're responding to? 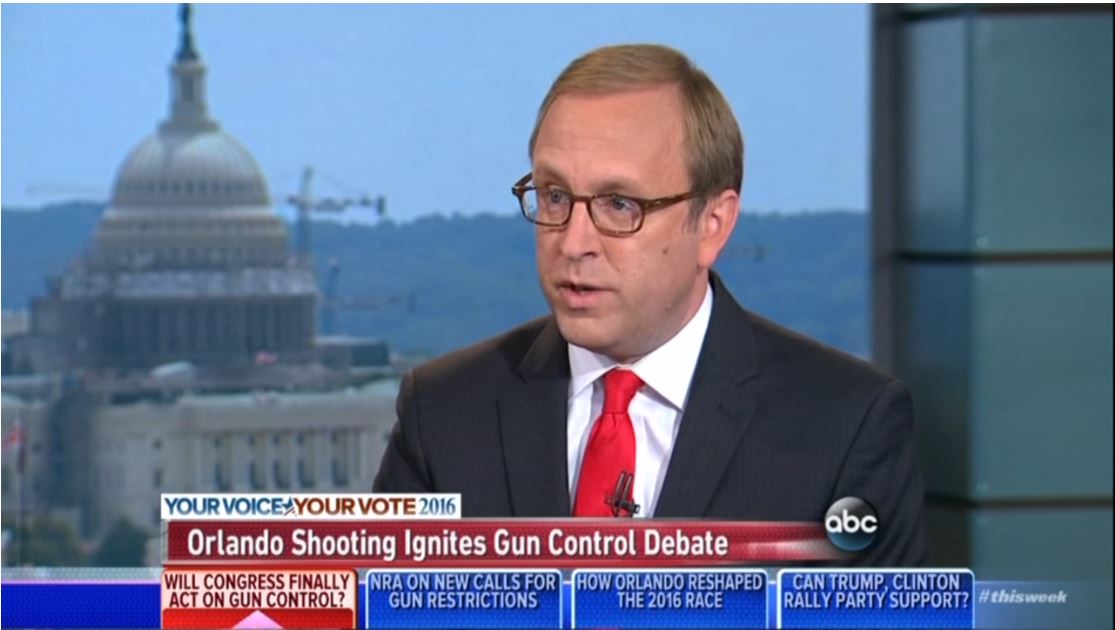 MURPHY: So first of all, we can't get into that trap. I disagree, I think if this proposal had been into effect it may have stopped the shooting. But we can’t get into the trap in which we are forced to defend our proposal simply because it didn’t stop the last tragedy. We should be making our gun laws less full of Swiss cheese holes, so that future killings don’t happen. That trap in an impossible one. The Sandy Hook families lobby for background checks. You know why? Because they are just as concerned with the young men and women who are dying in our cities because of the flow of illegal guns, as they are about a ban of assault weapons, or high magazines clips that might have prevented the Newtown killings. So, this has to be broader that just responding to the tragedy that happened three days ago.

MURPHY: Well first of all, does the FBI have the resources, I mean that’s a question, to take those notifications, especially if the individual walks out of the store with the gun, and stop the killing before it happens? It would be much more effective to make sure the individual get the gun, rather than to make the FBI go find him after he gets it.