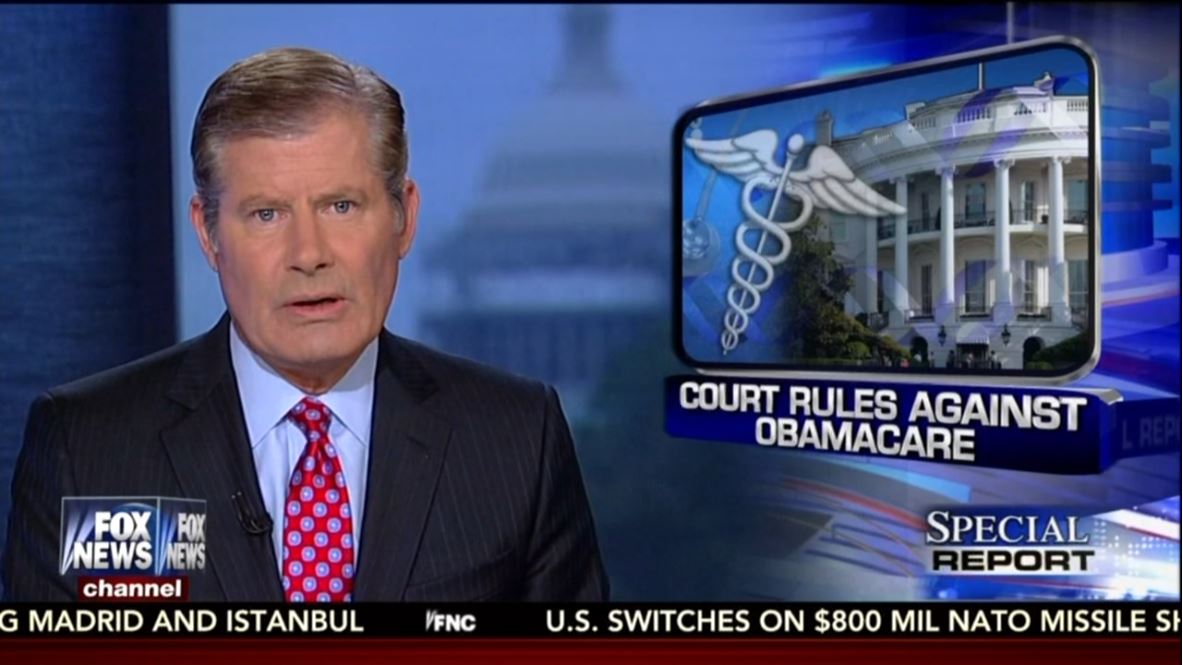 Thursday evening saw the failure of all three of the network news outlets to report on the massive legal blow to ObamaCare. In her decision, U.S. District Judge Rosemary Collyer ruled that the Obama administration’s unilateral funding of $175 billion to insurance subsidies was unconstitutional. The ruling was a major win for House Republicans, a victory that was a long time coming. With a lack of funding through the subsidies, and large insurance companies fleeing the exchanges, ObamaCare might be on its last leg.

Spokesman for the White House Josh Earnest was frustrated by the ruling. He chose to direct his anger at Republicans, claiming they are wasting taxpayer money with their lawsuit. “It’s unfortunate that Republicans have resorted to a taxpayer-funded lawsuit. To refight a political fight that they keep losing. They've been losing this fight for six years,” he said angrily.

The lawsuit filed by House Republicans was filed to stop the White House from illegally spending almost $200 billion of tax payer money. The House did what it had to do to exercise its “power of the purse” and stop illegal spending. Being that the court ruled in favor of the House it can hardly be considered a waste, since it found an illegal activity was taking place.

“In its briefs, the administration’s attorneys argued that because the House did not pass legislation explicitly defunding the cost-sharing subsidies, the administration was permitted to fund them — a contention that would turn the Constitution on its head,” wrote the National Review’s Chris Jacobs.

In her opinion Judge Collyer wrote, “Congress is the only source for such an appropriation, and no public money can be spent without one.” The ruling was a massive win for the Constitution.

In addition, neither Univision or Telemundo reported about the ruling in their evening broadcasts.

DOUG MCKELWAY: A huge ruling against Obamacare today. A federal judge says the president is illegally using federal money to pay for premium subsidies. At stake is $175 billion that house Republicans contend was never authorized by congress. White House spokesman Josh Earnest says the president remains confident that he will prevail.

JOSH EARNEST: There have obviously been significant differences between the executive branch and congress. Recently. But, these are the kinds of political disputes that characterize a democracy and it's unfortunate that Republicans have resorted to a taxpayer-funded lawsuit. To refight a political fight that they keep losing. They've been losing this fight for six years.

MCKELWAY: The judge has issued an order stopping further reimbursements, but says it will not take effect pending the president’s promised appeal.