A new development in Hillary Clinton’s e-mail server scandal broke Thursday. Clinton’s longtime aide Huma Abedin was finally questioned by the FBI. Throughout the day most news outlets praised it as a sign that the investigation was coming to a close. ABC's World News Tonight dedicated a quick news brief to the topic, while CBS Evening News only allowed it two sentences. While its competitors were busy brushing over the scandal, NBC Nightly News conducted a sit down interview with Guccifer, the Romanian hacker who claims to have accessed the secretary’s private server.

Reporter Cynthia McFadden sat down with Guccifer, whose real name is Marcel Lazar, in a Romanian prison. During their interview he laughed at the idea that Clinton’s server was secured: 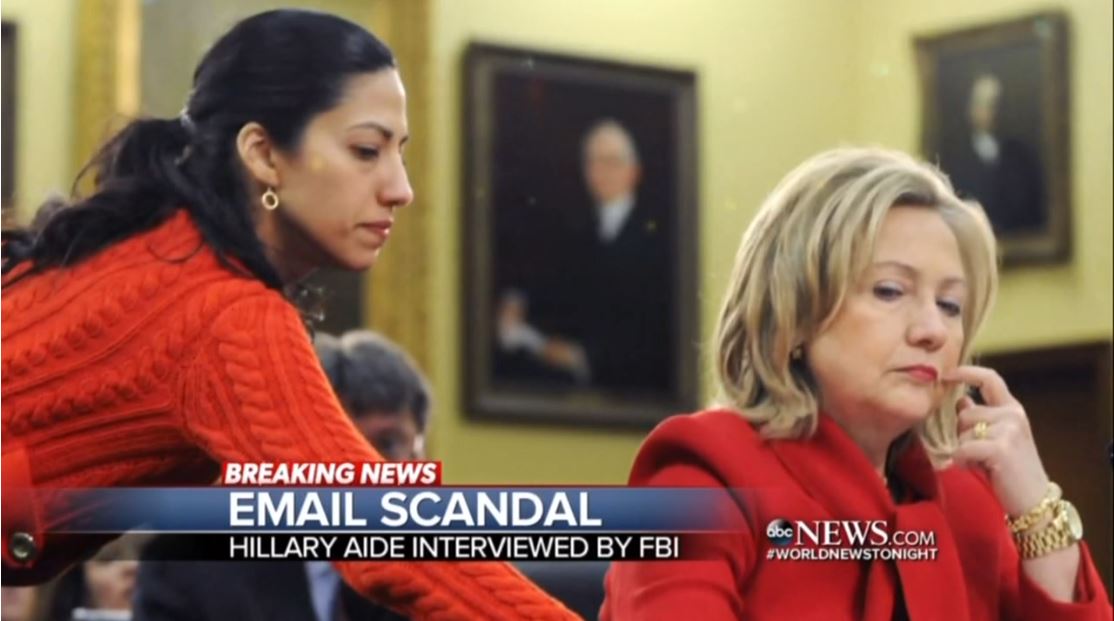 MCFADDEN: When Hillary Clinton says that her server is absolutely safe, you're laughing.

MCFADDEN: It's not safe?

GUCCIFER: It's not safe at all.

Secretary Clinton’s server wasn’t his only high profile target. Apparently, he has also hacked into the e-mail accounts of Colin Powell and the Bush family. Guccifer described the secretary’s server as, “an open orchid on the internet, as many such servers are.”

During her report, McFadden talked with Chris Tarbell, a former FBI cybercrimes expert. Tarbell seemed to back up the claims made by the hacker. “It's plausible. Because he did get access to e-mails that allegedly came from that server,” he explained, “each e-mail has a header and that tells you the information and the path of where that e-mail came from.” When asked if Guccifer could be lying Tarbell said it would be silly for him to admit to committing a felony.

ABC’s report on Abedin’s interview last a mere 45 seconds. Senior Justice Correspondent Pierre Thomas continued the narrative that it means the FBI is wrapping up the process. “This means the investigation is nearing or entering its final stage,” he explained.

Props though to ABC for giving it a brief. CBS didn’t give it the time of day, only relegating it to a two sentence blurb at the end of their presidential campaign briefing. “We learned this afternoon that some of Clinton's top aides, including reportedly her longtime confidant, Huma Abedin, have now been interviewed by the F.B.I. about Clinton's use of a private server,” CBS reporter Nancy Cordes stated, “Clinton herself has not been interviewed yet, Scott, but says she will cooperate if asked.”

Univision hit Clinton fairly hard with its evening new brief. The Spanish network reported that a federal judge could force Clinton to testify under oath. “What the judge wants to know is if she used it with the purpose of evading the release of public records,” host Maria Elena Salinas reported.

LESTER HOLT: NBC news has confirmed that the FBI has interviewed several of Hillary Clinton's top aides in the investigation into her private e-mail account, including her close confidant Huma Abedin. And tonight, in his first American television interview, the Romanian hacker known as Guccifer, who was the first to reveal that Clinton was using a private e-mail address while she was Secretary of State, makes alarming new charges. Senior investigative correspondent Cynthia Mcfadden went to a Romanian prison to interview him.

MCFADDEN: When Hillary Clinton says that her server is absolutely safe, you're laughing.

MCFADDEN: It's not safe?

GUCCIFER: It's not safe at all.

MCFADDEN: His name is Marcel Lazar. He's better known as Guccifer. Since we talked to him he's been extradited to the U.S. to face a variety of hacking crimes against American political figures, including Clinton confidant, Sidney Blumenthal.

MCFADDEN:  And many more?

MCFADDEN: But it's his new claims that are truly explosive. Guccifer says he got into Clinton's private server itself.

Translator GUCCIFER: By running a scan I found that server was completely unsecured.

MCFADDEN: I want to make sure I'm understanding what you're saying. You're saying the Clinton server was unprotected.

GUCCIFER: Yes. It was like an open orchid on the internet, as many such servers are.

MCFADDEN: Just this week, Hillary Clinton told Andrea Mitchell on MSNBC the private server which she used as secretary of state was safe.

ANDREA MITCHELL:  Any indication that your private server was hacked by foreign hackers?

CLINTON: No. Not at all. 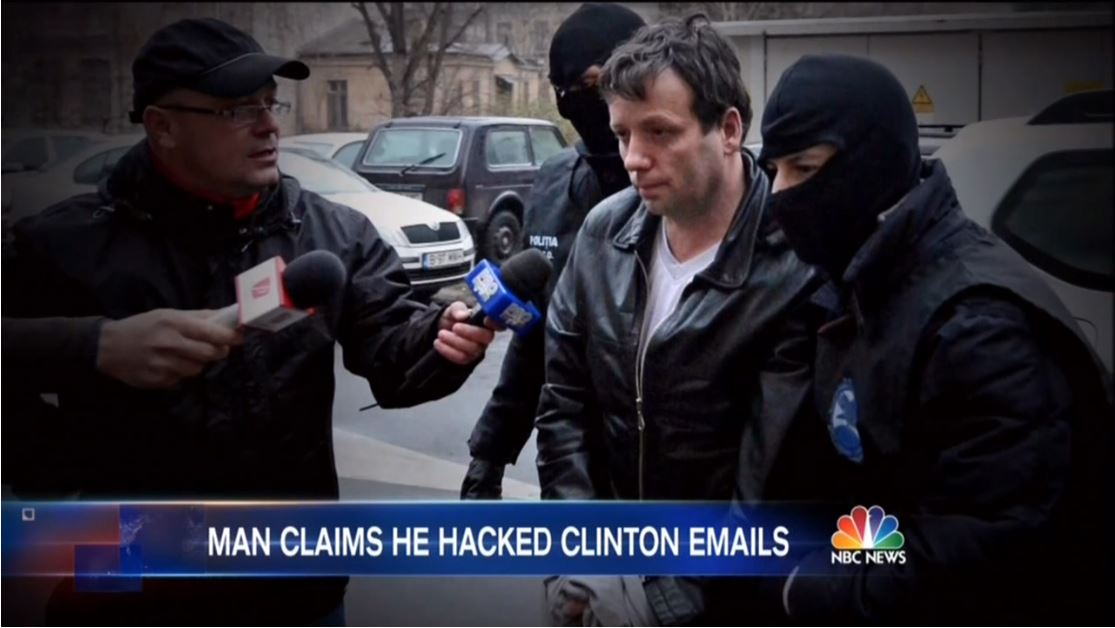 BRIAN FALLON, Clinton Press Secretary:  Clinton campaign spokesman Brian Fallon slams these new allegations. There is absolutely no basis to believe the claims made by this criminal from his prison cell. In addition to the fact he offers no proof to support his claims, his descriptions are inaccurate. It is unfathomable that he would have gained access to her e-mails and not leaked them the way he did to his other victims.

MCFADDEN: We asked several cybersecurity experts to review how Lazar claims to have gotten into Clinton's server. All concluded it was possible.. Among them former FBI cybercrime expert Chris Tarbell who led the successful prosecution of the criminals behind the online black market called Silk Road. He cautions that hackers like Guccifer are notorious liars, but still, he says, he takes these allegations seriously.

CHRIS TARBELL:  It's plausible. Because he did get access to e-mails that allegedly came from that server. Each e-mail has a header and that tells you the information and the path of where that e-mail came from.

MCFADDEN:  And if he's lying?

TARBELL: That seems silly to me to go on television and admit to a felony you didn't commit seems a little silly.

MCFADDEN: A source with knowledge of the investigation tells NBC the FBI review of the Clinton server logs did, in fact, show no evidence of hacking. But Tarbell says server logs are not necessarily comprehensive.

MCFADDEN: So it may be that there is no breach that the recorded. That doesn't mean that there was no breach.

MCFADDEN: A source close to the investigation tells us the FBI escorted Guccifer to the U.S., and spoke to him in transit. Though tonight, several officials emphasize investigators have seen nothing yet that substantiates his claim. The investigation continues.

HOLT:  All right, Cynthia, thanks very much. We want folks to know you can hear much more from Guccifer on the premiere of our special series "On assignment" Sunday night here on NBC.

DAVID MUIR: And there is also breaking news on the Democratic side. Hillary Clinton's top aide, Huma Abedin, has been interviewed by the FBI as part of the inquiry tied to Hillary Clinton's private e-mail server. Let's get right to ABC’s Senior Justice Correspondent Pierre Thomas. Pierre, what are we learning about that FBI interview and whether Hillary Clinton herself may be questioned?

PIERRE THOMAS: David, you're right. Abedin is part of Clinton's inner-most circle, something Clinton is extremely close to. This means the investigation is nearing or entering its final stage and it likely means the FBI will soon be requesting an interview with Secretary Clinton herself, as they wrap up their security review, regarding those e-mails. Today, the Clinton campaign released a statement, reaffirming that she's willing to answer all questions and that nothing, quote, inappropriate, happened. David?

SCOTT PELLEY: Also skeptical of Donald Trump, most women voters. Our CBS news poll gives Hillary Clinton a 27-point lead among women, and we have more from Nancy Cordes.

CORDES:  If you Google "Clinton," the first thing that pops up is a campaign ad offering an official "Hillary for America" woman card for those who sign up on line, a play off this now-infamous Trump comment.

TRUMP: Well, I think the only card she has is the woman's card. 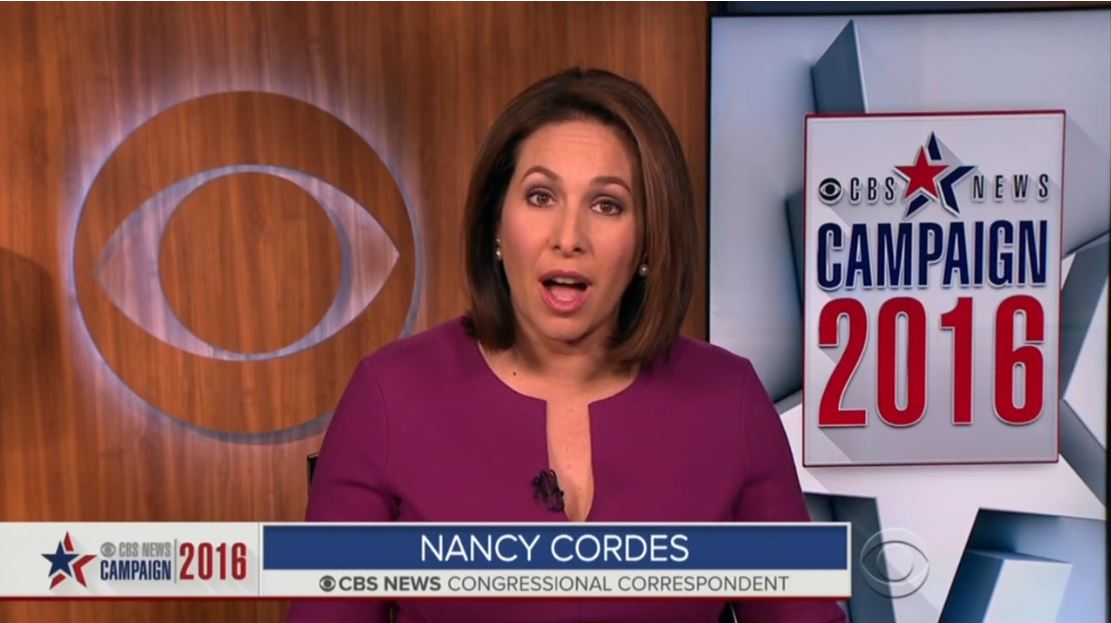 CORDES:  Clinton's holding a good hand, leading Trump among white women, for instance biker 11 point. The last Democrat to win white women in a presidential election was her husband in 19 96. In 2012, they went for Mitt Romney by 14 points. Trump insists he can make up ground because he knows what women want.

TRUMP: Women want strong military. They want to know that they're secure in our nation. Women want women's health issues taken care of, and Hillary is not going to do it like me.

CORDES:  As she works to cement a sisterhood, Clinton has taken to accusing Trump of.

CORDES: She invoked gender politics again in a phone interview with the "L.A. Times."

CORDES: We learned this afternoon that some of Clinton's top aides, including reportedly her longtime confidant, Huma Abedin, have now been interviewed by the F.B.I. about Clinton's use of a private server. Clinton herself has not been interviewed yet, Scott, but says she will cooperate if asked.

MARIA ELENA SALINAS, HOST, UNIVISION: A federal district court judge from Washington said today that he could order [Democratic] candidate Hillary Clinton to testify under oath about her use of a private e-mail server. What the judge wants to know is if she used it with the purpose of evading the release of public records. The judge also wants to pose questions to 6 other officials and ex-officials of the State Department that are close to Ms. Clinton.