Larry Wilmore: 'Which Type of Execution' Should Be Used on Gov. Snyder? 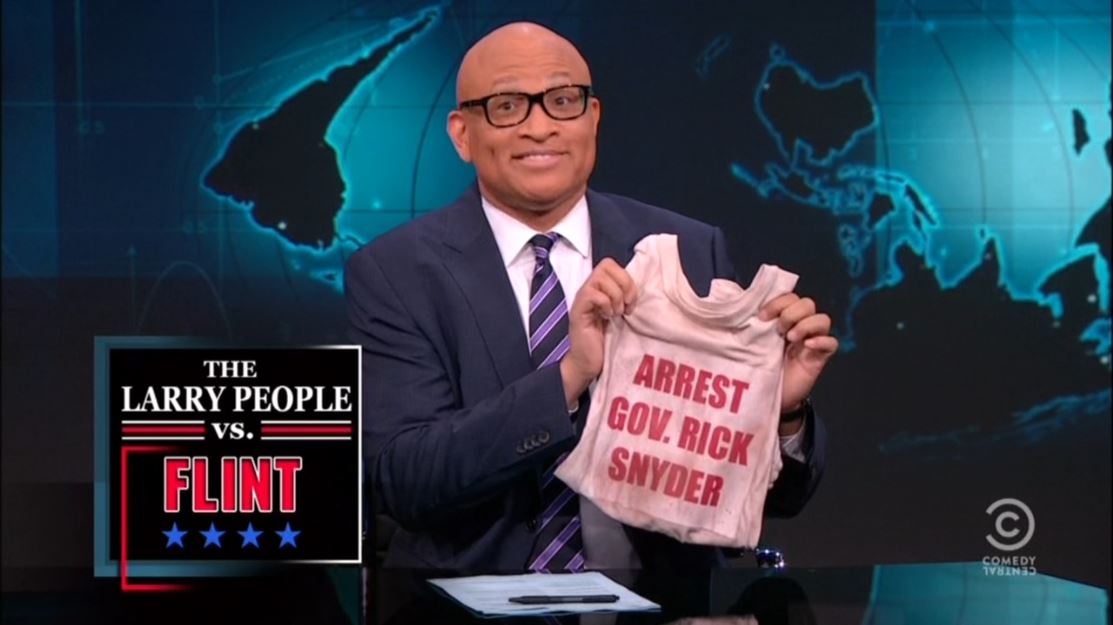 Monday was an important date for the people of Flint Michigan. April 25 is the date two years ago when the city’s water source was switched to the Flint River and Comedy Central host Larry Wilmore commemorated the event by using his Nightly Show to imagine the best way to kill the state’s Republican governor: "What do you think should happen to Governor Snyder?" Before the quest could answer, WIlmore cut her off: "Let me put it a different way, which type of execution?"

To kick off the show Wilmore held up a dirty t-shirt that read “Arrest Gov. Rick Snyder.” The host also spent that time claiming the governor has done nothing to correct the situation and mocked the governor’s efforts to convince people to drink filtered water. Wilmore said the reason the shirt was dirty was because he “made the mistake of washing it in Flint water.”

Later on in the show Wilmore brought on guest Dr. Mona Hanna-Attisha, who was one of the scientists who documented the high levels of lead. They talked about how state officials tried to contradict her work and discredit her by calling her a “unfortunate researcher.” Wilmore joked it would make a good book title for her. But Wilmore would soon take it to a darker place.

During their conversation Wilmore asked Hanna-Attisha, “What do you think should happen to Governor Snyder?” She went to answer but before she could start Wilmore cut her off and restated the question, “Let me put it a different way, which type of execution,” he said before being drowned out by the laughter of the crowd.

Hanna-Attisha took the high road and said that’s not for her to decide. She pointed to Star Trek’s Dr. Leonard McCoy for her inspiration, saying “'I'm not a prosecutor, I'm a doctor.' So, I have to work with this governor, and I have to work with the next five governors when you understand the consequences of lead.”

But Wilmore kept pushing, “But if I were to give you a large sack of nickels and he were unconscious...” Hanna-Attisha didn’t answer, and they moved on with the conversation and he presented her with an award for her work in Flint.

LARRY WILMORE: Unfortunate researcher! What did they mean by that? Did they have an explanation?

MONA HANNA-ATTISHA: The direct quote was I think, “she may not be irresponsible but she's an unfortunate researcher.” I was called-- They said I was causing near hysteria, that I was splicing and dicing numbers and that the state's numbers were not consistent with my numbers.

WILMORE: And when you proved them wrong did you get a, “we’re sorry unfortunate researcher?” 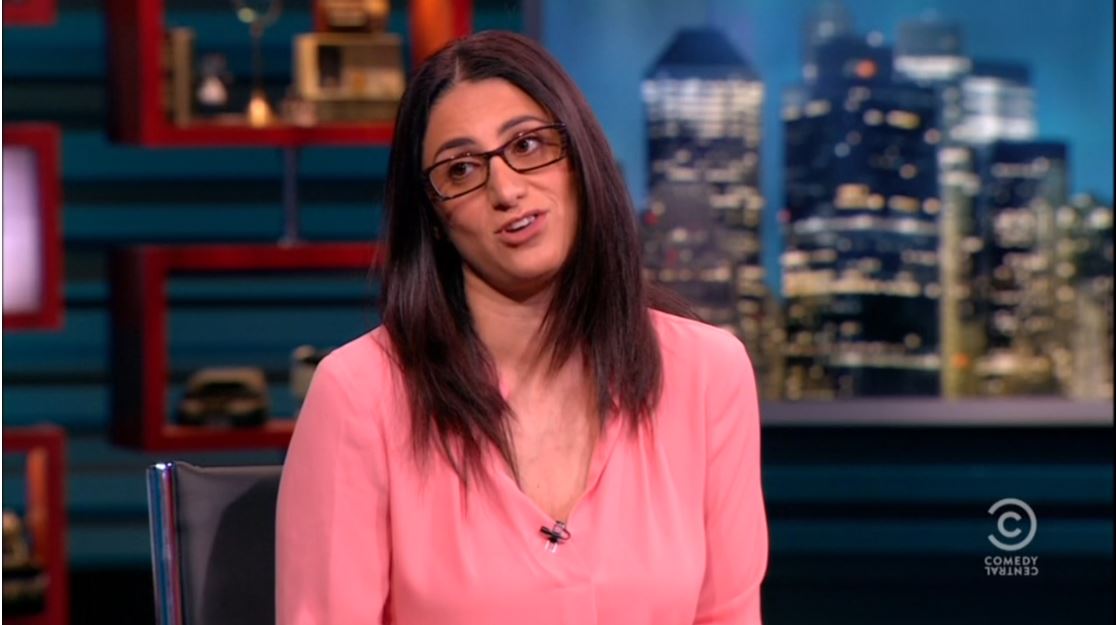 WILMORE: Yeah, that's great. What do you think should happen to Governor Snyder?

WILMORE: Let me put it a different way, which type of execution – [Laughter] horrible thing.

HANNA-ATTISHA: So you know, I was tortured as a child, my brother made me watch a lot of Star Trek.

WILMORE: That was your torture?

HANNA-ATTISHA: That was my torture.

WILMORE: But if I were to give you a large sack of nickels and he were unconscious. [Laughter] [Mimics beating]