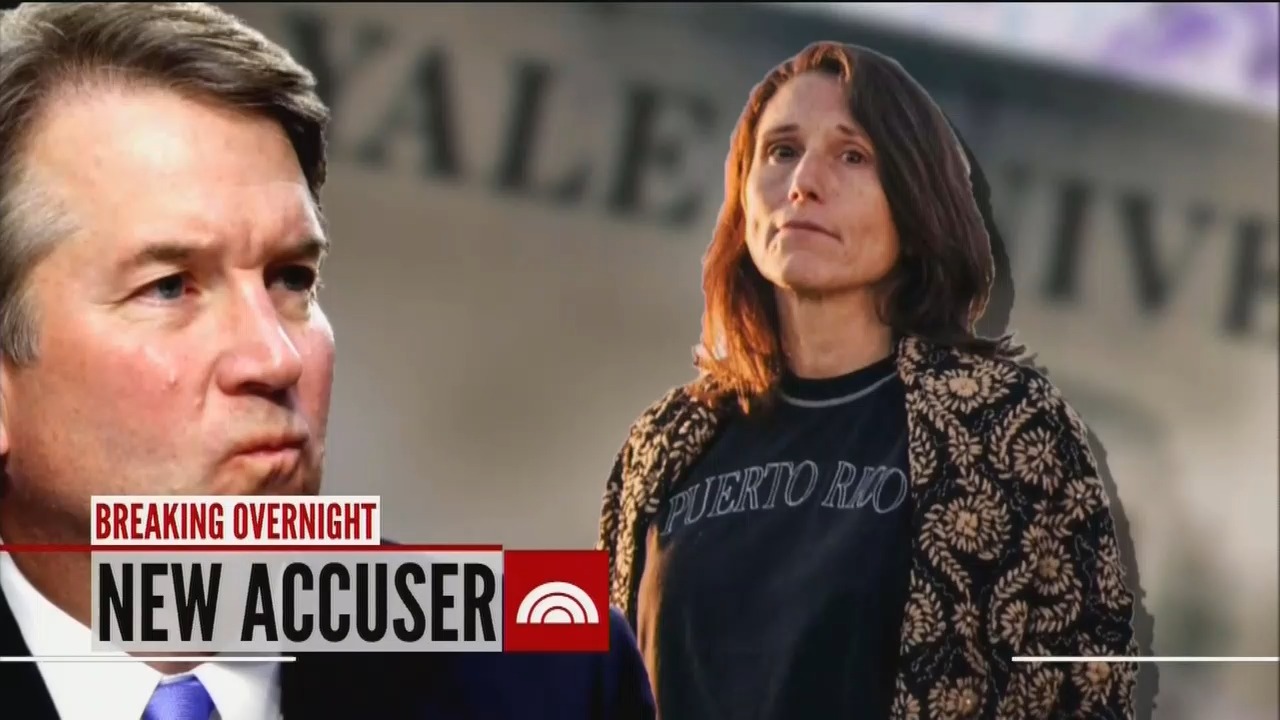 As America watches the confirmation proceedings for Judge Kavanaugh, it’s not just the Democratic Senators who have been hammering the Supreme Court nominee. Liberal journalists have engaged in nothing less than a smear campaign.

The nomination process has been hindered by wild claims that it’s “illegitimate” because Republicans held up Merrick Garland. When those attempts failed, the conversation shifted to unsubstantiated decades-old sexual assault accusations.

Democrats and their media allies have pulled out all the stops to prevent Kavanaugh’s nomination, we’ve rounded up the voices of leading conservatives to call out the shoddy smear campaign for what it is:

“Once again, leftist ideologues shamelessly smear a highly qualified, conservative Supreme Court nominee. That’s what they do.  No one should be surprised when skunks stink. “Senator Schumer’s replaying the Dreyfus Case, an honorable individual smeared by those in positions of great power out of hate for what he represented. J’accuse!”
– Morton Blackwell, President, The Leadership Institute

“Media coverage of alleged charges by Christine Ford are next to ridiculous. The cheer-leading is so intense they are saying: “I believe Christine” without even hearing a word out of her mouth or seeing her in person.”
– Floyd Brown, Publisher, Western Journal

“The political warfare being waged against Brett Kavanaugh is entering a sordid and potentially decisive phase. Those opposed to the judge’s appointment to the Supreme Court have exploited undocumented allegations of sexual abuse by a woman he knew in high school to delay a vote on his nomination. They both are supposed to testify on Thursday.

Meanwhile, and predictably, more unproven charges of such misconduct are being leveled against Judge Kavanaugh.  They too will be seized upon to run out the clock.

The time thus bought will likely enable Senate and other Leftists to intensify their serial character assassination of a man with a long and honorable record of public service. Expect vociferous and perhaps violent disruptions of the Senate’s deliberations that will make the spectacle of the initial Kavanaugh hearings seem tame by comparison.
That’s wrong and must be thwarted.”
– Frank Gaffney, Founder and President, Center for Security Policy

“You tear into people, with or without proof of wrongdoing, and are surprised when good people decline to consider serving in government. But that’s what the other side is after!”
– Hon. James C. Miller III, Budget Director for President Reagan (1985-1988)

“The Democrats have made a mockery of the judicial confirmation process.  We thought it couldn’t get worse than the Bork character assassination. Then along came the high tech lynching by the Democrats of Justice Clarence Thomas.  We thought that was the worst. Until now and these desperate, 11th hour bizarre accusations against Judge Brett Kavanaugh.  The reason the Democrats get away with these antics is because they know that they will NEVER be held to a standard of honesty, decency, truth, or accountability by the media. They know that no matter how low they go, the media will delight in their antics. The First Amendment protections of a free press contemplated some degree of responsibility by journalists.   There is nothing left today of responsible journalism by the likes of the New York Times, The Washington Post, CNN, MSNBC or any of the networks.  It is disgusting. They are disgusting.”
– Cleta Mitchell, Esq., Political Law Attorney, Washington, DC

“At a time like this, prudence helps us see that the truth is that a political railroading operation is fully underway. Are the interests of Christine Ford and other accusers being attended to? Or are the accusers being used by political actors who only care about stopping Judge Kavanaugh? It is beyond apparent that Senate Democrats and their enablers are most interested -- not in the truth -- but in a deliberate campaign to derail this confirmation with the hopes that they can continue to use the Court to impose policies on Americans like abortion on demand, the redefinition of marriage, open borders and the list goes on -- all policies which the American people have rejected.”
– Tony Perkins, President, Family Research Council

"It's stunning how low the Democrats and their media allies have been willing to go in order to prevent Judge Kavanaugh's confirmation to the Supreme Court. While it is important that information about all reasonable allegations be heard and deliberated on, it is also equally important that Judge Kavanaugh be allowed a forum in which to fairly defend himself. That hasn't happened. Instead, the Democrats and their allies in the press have created a trial-by-media, all but finding Kavanaugh guilty despite no first-hand corroborating witnesses or evidence, replacing America's gold standard presumption of innocence with a modern-day version of the Salem Witch Trials. This is a terribly sad moment for this country."
– Terry Schilling, Executive Director, American Principles Project Foundation

“As far as the Washington Post and other ignorant, leftist forever in error papers are concerned, why do you think they call them “stories?”
– Craig Shirley, Reagan Biographer and Presidential Historian

“Democrats and the radical left have no honor. While refusing to investigate current, ongoing sexual complaints against leaders in their own party, they show no shame in using uncorroborated allegations from over 35-years ago  that have been have been denied by anyone with knowledge of the time period. Their character assassination has nothing to do with truth or sexual misconduct but everything to do with abortion and their rejection of a judge who respects the rule of law. They are part of the resistance and we should not underestimate their evil schemes.”
– Mathew D. Staver, Esq., B.C.S.*, Founder and Chairman, Liberty Counsel

“In all my 30+ years as a journalist, I’ve never seen so much sloppy reporting and editing. It’s not the Internet’s fault. As Wes Pruden, my managing editor at the Washington Times told me years ago, “get it first, but first get it right.”
– Mark Tapscott, Senior Editor, LifeZette

“The mainstream media’s over-the-top bias against President Trump and Judge Kavanaugh has contributed to the public branding them as an appendage of the Democrat Party.   Being branded as partisan Democrats will cause the media to lose even more share of market until their only audience is MSNBC‘s audience, i.e., 10% of America.”
– Richard Viguerie, Chairman, ConservativeHQ.com