Bozell: CNN’s Acosta Is a Clone of Pelosi; ‘Dishonest’ to Call Him a Reporter

MRC President Brent Bozell on Thursday called out CNN’s Jim Acosta, deriding the journalist as a clone of Nancy Pelosi. Bozell added that it’s “dishonest” to call such an activist a reporter. Appearing on FBN’s Varney and Co., he addressed Acosta’s fight with White House adviser Stephen Miller: “Close your eyes. What you were hearing was Schumer. You were hearing Nancy Pelosi speaking.”

Bozell exposed, “This guy, I think, is being dishonest by calling himself a reporter and then doing that.” 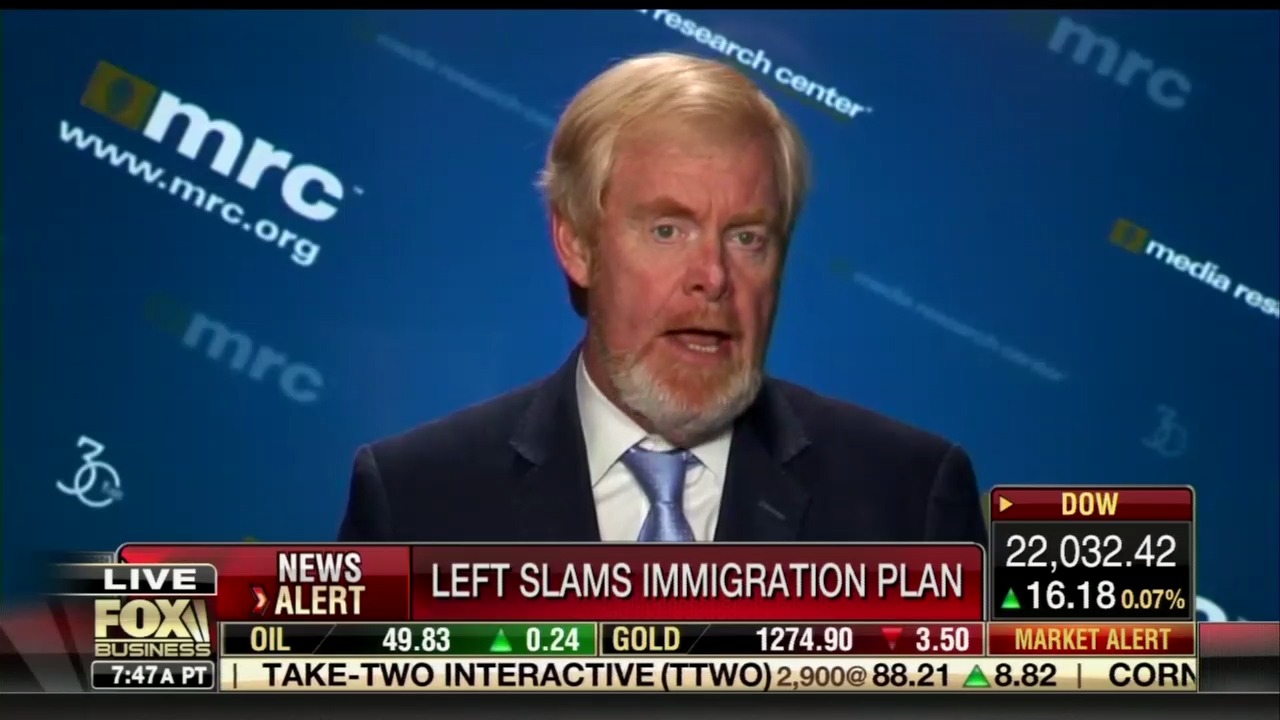 STUART VARNEY: Well, to some degree it went down hill from there. Joining us is Brent Bozell, president of Media Research Center. Brent, I think that was pre-planned. I think Stephen Miller knew what he was doing, planned it in advance, went right after CNN. Am I wrong?

BRENT BOZELL: Oh, yeah. No, I agree. I agree. It was a slam dunk for Stephen Miller. No matter what you think of the issue. You know, what is even worse than this was, that after it was over, Jim Acosta went on one news program after another repeating this, while being interviewed as a news reporter. Rush Limbaugh is right. It is now been reversed. It is now the Democratic Party that is an appendage of the liberal media. I thought it was very interesting that while Jim Acosta was reporting this on the chyron at the bottom of CNN, it said, “New plan to slash legal immigration sparks fierce debate.” Who is doing the debating? The reporter for CNN.

VARNEY: Do you think though that Stephen Miller should have done that? I do think it was pre-planned. Should a White House spokesperson, whom so ever it is, just go right at, deliberately pre-plan to a reporter? That is not what you're supposed to do, is it?

VARNEY: Really that’s what you are supposed to do?

BOZELL: Yeah, I think he should have done this because Jim Acosta was way, way out of bounds as a reporter. He got into a fight with this White House. Now, that is fine, close your eyes, close your eyes, what you were hearing was Schumer. You were hearing Nancy Pelosi speaking, and this guy I think is being dishonest by calling himself a reporter and then doing that. So, yeah. I like what Miller did.

VARNEY: We really have come to a total standoff between the White House and the press corps. I mean it is, it is a really hostile environment, isn't it?

BOZELL: Yeah. They despise each other. There’s no two-ways about it.

BOZELL: Each is out to get the other.

BOZELL: No, no. I haven't seen anything like it, nor have I seen the level of dishonesty on the part of the press. Again, if you want to be a commentator, you want to be a debater, you want to be a liberal activist, fine. Go at it, but to call yourself a journalist. Than CNN says over and over again they're objective. They're not. Go to our site, NewsBusters.org. Look at that story. There is no human being who will say what Jim Acosta did was in any way objective.

BOZELL: Because I think, in my opinion, he is a fraud. He is as dishonest as can be on two levels. One, he appropriated a book that is the largest-selling polemic in history carrying Barry Goldwater's name. Everyone knows my father wrote it. He actually takes the very title. He even steals the artwork. I’m going to show you. Here is the original, Conscience of a Conservative. Here is Jeff Flake's book. There is no way that this man should have any right to take a name like that. Secondly, Jeff Flake is the exact problem that Republican conservatives have in Congress.

He has no right. Here is a man who voted for legal amnesty. He is gang of eight. He is a man who wanted the Garland nomination to go forward, which would have given far-left Supreme Court. He has voted for $1.6 trillion in additional debt. It goes on and on. He undermines Mike Lee and Ted Cruz in the 2013 Obama defund debate. I was there, and I saw it happen. He goes on and on and on. How — guess what, he is running for re-election. It is same game everybody is playing. You run as conservative, you govern as a liberal. But he has come out with a book stealing someone's title, and that is my opinion and I just showed it and then calling it his own, calling himself a conservative. In my opinion, that is intellectually dishonest. In my opinion, that is fraud. By the way, I challenge Jeff flake to a debate anywhere, at anytime, but I warn him, I will eviscerate him.