Media Research Center President Brent Bozell on Monday knocked the New York Times for a smug ad that aired during the Oscars. Bozell appeared on the Fox Business Channel and responded to the Times’s commercial declaring the paper the arbiter of truth. Bozell retorted, “The New York Times runs this really underhanded, snide attack on the President, during the Academy Awards no less. Talk about speaking to the choir when you're doing something like that.”

In the ad, a number of statements appeared beginning with the phrase: “The truth is...” Then, a screen reads, “the truth is more important now than ever...the New York Times.” According to Bozell, commercials like this one strengthen the President’s attacks agains the media: “What that does is justify Donald Trump. The next time he slaps the New York Times on the head, people are going to remember, this was the newspaper who took that shot at Donald Trump.”

A transcript of the segment is here: 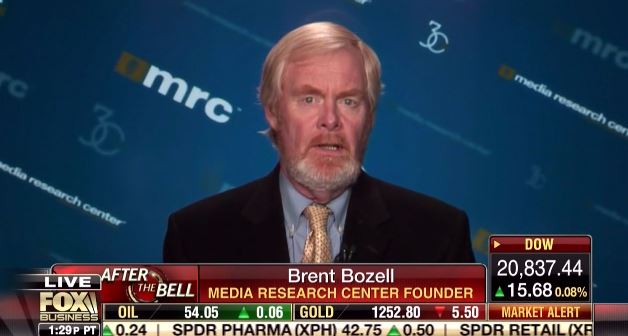 DAVID ASMAN: The battle between the media and President Trump is not disappearing, but 51 percent say the media is too critical of the President. This according to a new Wall Street Journal/NBC News poll. February 18 to the 22 is when people were polled for that. Here to react now is Brent Bozell. He is Media Research Center founder. Great to see you. I’m just wondering if it is too early to say that President Trump has at least won this battle? He went, you know, the media is after him for a bunch of things. He went directly to the public. First is that press conference. Then in the public gathering in Florida. And it looks like he won from this poll. Am I right? 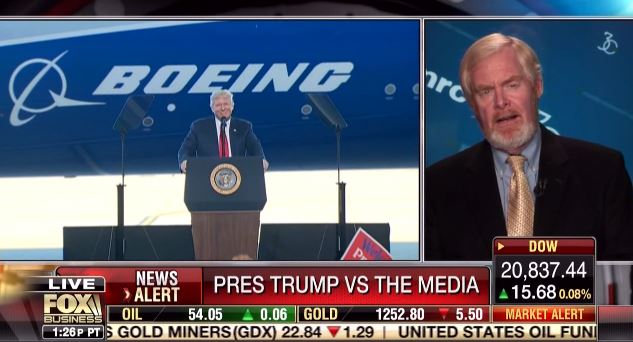 BRENT BOZELL: Yeah. I mean, you get a sense, David, that the public understand unfair and hostile reporting when they see it. Look, you know, everybody is going to get some bad press at some point or another. Doesn’t matter what party you belong to. But the way the media have been treating Donald Trump is unlike any president in my lifetime. Not even with Ronald Reagan. They’ve despise this man and they are making every opportunity to — they are taking advantage of, whether it is justified or not, to take a shot at this guy and to try to bring him down. So that when he reacts, it resonates with the public. It’s really up to the media. Are they going to change their ways or not? And if they’re not, I think the Donald is going to continue keep beating them over the head.

ASMAN: Yeah and you said when he reacts. And he does react more than any other president in my lifetime. And he reacts directly. Let me just play for you, first a sound bite from a New York Times advertisement that appeared in the Academy Awards and then get Donald Trump’s reaction to that and then get your reaction to it. Let’s play the sound bite first.

ASMAN: So there’s the New York Times, a direct attack on Donald Trump, say “trust us. Essentially don’t trust him. Trust us.” And here’s how Donald Trump reacted in a tweet. He said, “For the first time, the failing New York Times will take an ad, a bad one, to try and save its failing reputation. Try reporting accurately and fairly.” Who do you think wins in this battle?

ASMAN: The Trump administration did slap a group of the media in the head last week, when they tried to exclude a group of people. Of course the Obama administration tried to do the same with Fox News back about eight years ago. The regular media got together and helped Fox News against that attack. In this time, Fox News is joining together with the media that was excluded from a particular presser last week. Do you think that's the end of it? Or is the Trump administration going to try to push the same way Obama did?

BOZELL: Well, I think it is apples and oranges. I don't think you should equate Fox News with CNN in this instance. Fox News was not hostile to Barack Obama. Fox News didn't run story after story after story on their mobile devices, where I have counted up to eight anti-Trump stories in a row, Fox News didn't do that. CNN has been openly hostile to Donald Trump. So I think that the President has every right to say, “If you're coming here as a reporter, you should report. If you're coming in here as the opposition party, you don't need to come here.” I don't have a problem with what he did.

ASMAN: Brent Bozell. Great to see you, Brent. Thank you very much. Appreciate you coming in.