MRC’s Bozell: Reporters Are ‘Being Neutered’ as Trump Goes Around Them

According to Brent Bozell, liberal journalists are “being neutered” by Donald Trump as he goes around them and talks directly to Americans. Appearing on Varney and Co., the MRC president discussed Trump’s use of Twitter. Bozell concluded, “I see CNN and others growing as well because of their opposition to Trump. However, I see them being neutralized. And I see them being neutered, again, because Donald Trump will go around them, not talk to them.”

The media watchdog leader explained the strategy: “Look, he has got 25 million Twitter followers and Facebook fans. He can converse directly with them. And if the media cover his posts, his tweets, they have got to cover what he said. That allows him to control the conversation.”

Regarding the statistic that the New York Times has seen digital subscribers jump 200,000 since September, Bozell argued: 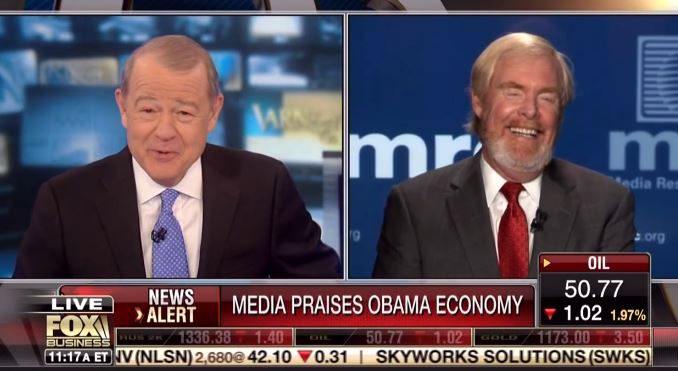 STUART VARNEY: Mr. Trump going around the media, literally going around them to take his message directly to the people. We're calling it the Twitter presidency. Here is what he is tweeting about this. “If the press would cover me accurately and honorably, I would have far less reason to tweet. Sadly I don't know if that will ever happen.” And a large segment of the population agrees with Mr. Trump. Here’s from the Huffington Post, a survey, 41 percent say he has faced, unfair, negative coverage. Joining us now is Brent Bozell, Media Research Center President. Do you approve of this, leapfrogging over the establishment media, using Twitter to go directly to the people? 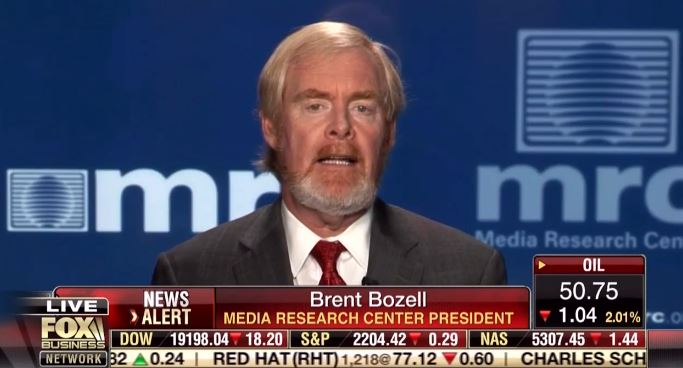 BRENT BOZELL: Well, sure. Look, he has got 25 million Twitter followers, and Facebook fans. He can converse directly with them. And if the media cover his posts, his tweets, they have got to cover what he said. That allows him to control the conversation. That said, I would recommend that he change the tone of his tweeting. The candidate is one thing, the president is another. And I think that there is a call for that. But look, why does he do this? Because the press, not only has not been fair, that poll you just cited, it is a bit of a head-scratcher, because other polling data have it far, far worse, whether it is USA Today, whether it is Rasmussen. Both of them had it at ten-to-one. We took a poll and we found it was eight-to-one negative against Trump, that is perception of the public. And in fact, the coverage was 91 percent anti-Trump. So, yeah, he has got a point by saying if he doesn't need to talk to them he is not going to. 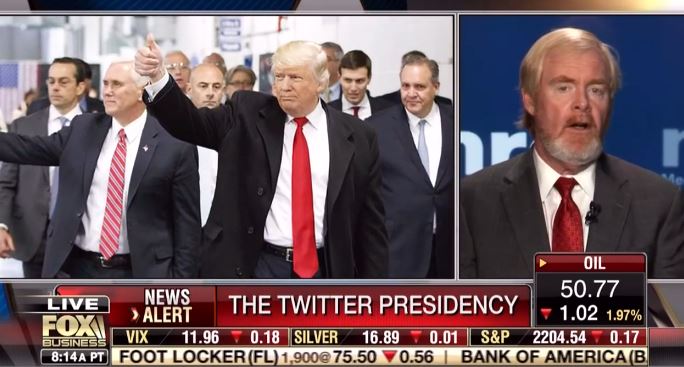 VARNEY: I guess it was a high number for Huffington Post. I guess that is why we said a large chunk of the population. But that is a HuffPo, Huffington Post poll. I will give you that. What do you make of this from the New York Times? They have added more than 200,000 digital subscribers. I think that is paying customers who are going to read the times online. That since late September. I mean, could you say that Donald Trump is helping to save the New York Times," because, this increase in subscriptions is largely, I suspect it is because of Trump?

BOZELL: Yeah, I think you're right. Look, if you're on the left and you are looking for common ground and you're looking for someone to give you aid and comfort with this monster coming on as president of the United States, it is rather natural thing you go to the New York Times because that is going to be the outlet that is going to be attacking this man. It will give you comfort.

VARNEY: Got a couple of headlines for you, First from the New York Times, about the state of the economy as President Obama leaves office. The first one from the Times reads, “President Obama is handing a strong economy to his successor.” Look at this from Politico, “Trump inherits Obama boom.” Now, I know you're not a financial kind of guy, but, you know when a boom is happening to the American economy and when it's not. And I take it you agree with us that it's not happening right now?

BOZELL: Well I think by any objective measure, it is not happening. You don't have to be Art Laffer to understand that. You know, the American people are no fools. Fifty five percent of the public believes that the country is on the wrong track. When you have got a growth of 2.1 percent annually, and they call that a boom? When you have got 48 million people, think about that, 43, 43 million Americans on food stamps, how in the world is this a boom? When you have got 95 million Americans not in the workforce, how is this a boom? That is all-time high by the way. No, this is spin, spin, spin.

VARNEY: You know, Brent Bozell, I'm sorry the interview is so short. I get the feeling you're warming up. Right towards the end the fire in the belly is emerging, the big laugh. I wish we could keep you longer. We’ve got these hard breaks. You know how it is in the media.

BOZELL: Thank you, Stuart. Any time.