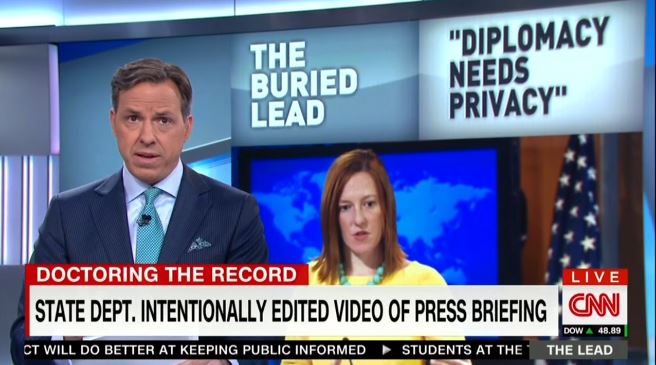 RESTON, Va. — The following is a statement released Friday afternoon from MRC President Brent Bozell on CNN’s Jake Tapper publicly taking on the State Department over the issue of lies about the editing of video from a public event.

“At the risk of ruining Jake Tapper’s career I have to commend him for looking into the camera and publicly demanding accountability from the State Department during a segment that went over four minutes on his show.  He identified four separate lies told by the State Department and, when he got to the end, he spoke for me and all Americans: ‘We have a right to know who lied to us, and why.’ The fact this is such a rare occurrence in the media today is why their public approval ratings are so low.  Jake Tapper told the truth, he is to be commended and the rest of the media should follow his lead.”