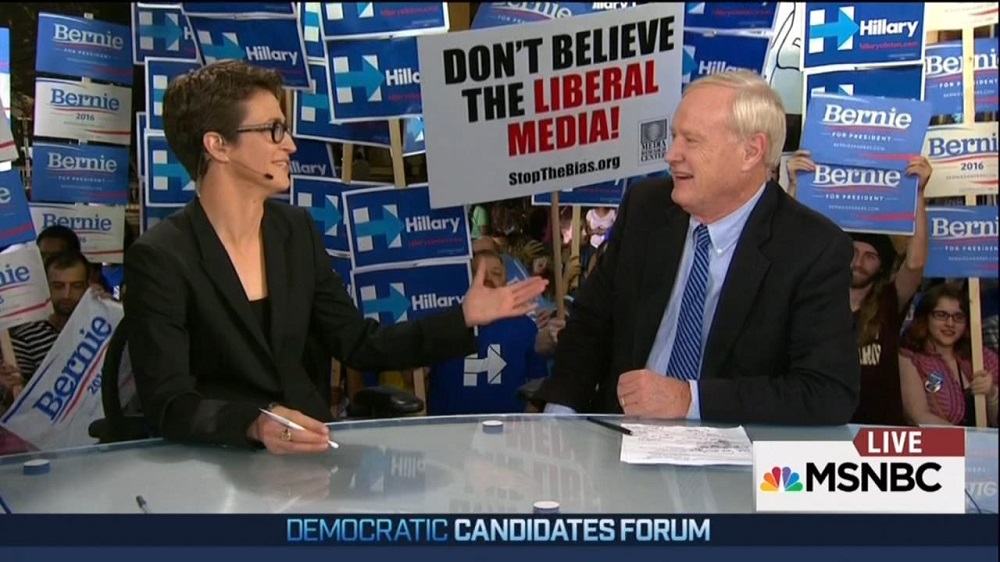 One of the Media Research Center's famous "Don't Believe the Liberal Media" signs made a live appearance on MSNBC on Friday — minutes after Rachel Maddow completed a forum with the three remaining Democratic presidential candidates. Chris Matthews got Maddow's take on the how the forum went and the candidates' answers/reactions. The sign appeared right between the two liberal TV personalities as they immediately went on-camera. [video below] 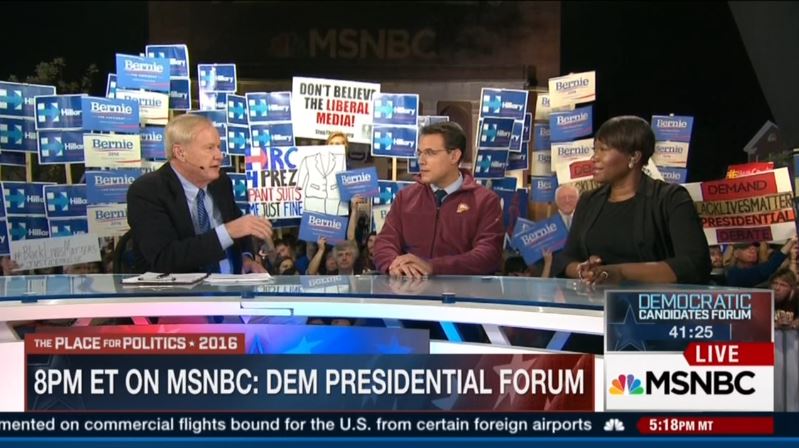 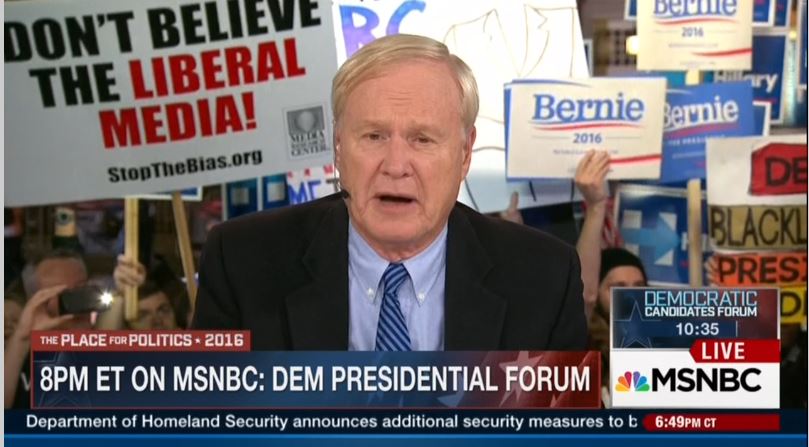