Media Research Center President Brent Bozell on Wednesday urged journalists to continue covering the bombshell developments related to Hillary Clinton's use of a private E-mail server as Secretary of State. Appearing on Varney and Company, Bozell compared the story to Watergate and Richard Nixon: "His entire presidency was destroyed because of this. Now, compare that to what we're learning about Hillary Clinton, which is 100 times more serious."

The MRC president and Stuart Varney discussed how journalists actually covered the news that Clinton is surrendering her server, as well as the revelation that her e-mails included at least some top secret information sent on the unsecured server. Citing past coverage of this Clinton scandal, Bozell predicted, "But here's the question. Does this have legs? Will they cover it beyond today? If history's a guide, then they're not going to."

On Wednesday, NBC, CBS and ABC allowed nine and a half minutes (out of eight hours of possible air time.) Yet, the coverage they managed was negative in tone. 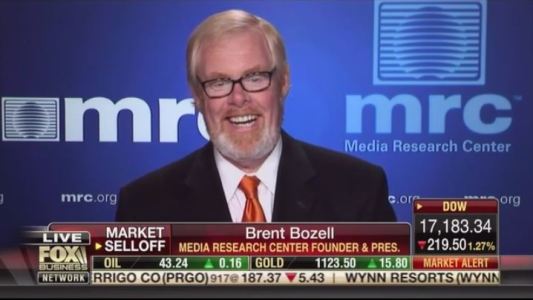 Bozell explained, "NBC had a report saying the problems are not going away and that the intelligence communities inspector general says that she's holding onto classified material. CBS talked about the fact that 55 percent of Americans... think she's untrustworthy. On NBC, they did a story about how it's possibly a legal, an important legal peril to her."

STUART VARNEY: To Hillary, how is the media handling this latest E-mail scandal that is blowing up? And I mean blowing up as we speak. Brent Bozell, Media Research President joins us now. Brent, the morning shows today, I understand covered the latest developments in the e-mail scandal almost aggressively. Is that a turning point? 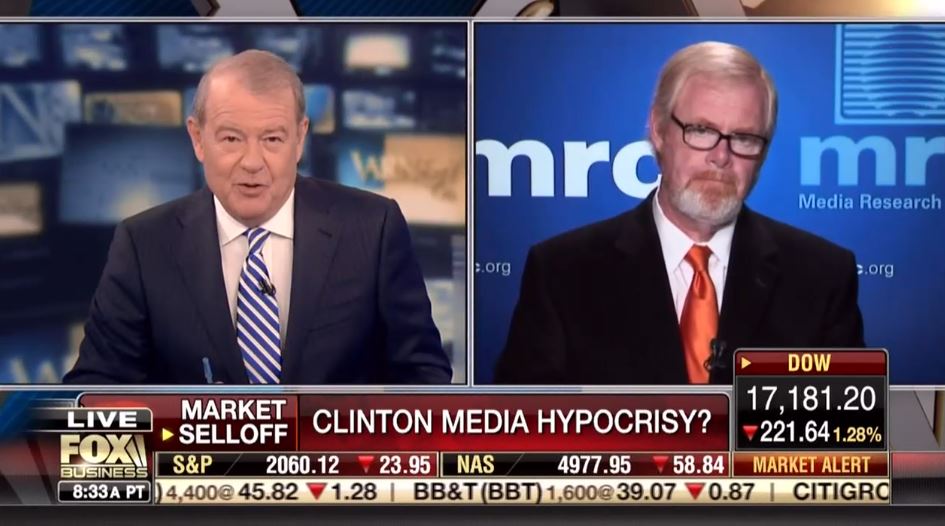 BRENT BOZELL: Well, yes and no. Yes, you're absolutely right they covered it -- we're going to have this conversation -- but today you've got some ammo on me. Because they did cover it. And they covered it pretty strongly. NBC had a report that said – saying the problems are not going away and that the intelligence communities inspector general says that she's holding onto classified material. CBS talked about the fact that 55 percent of Americans call – think she's untrustworthy. On NBC, they did a story about how it's possibly a legal, an important legal peril to her. So, no, question that they covered it.

But here's the question. Does this have legs? Will they cover it beyond today? If history's a guide, then they're not going to. We looked at some numbers just for you, Stuart. In March, when the e-mail story broke, there were 40 -- and it's good. Aren't I nice? – 48 and a half minutes were devoted by the broadcast network's to this. In April – and then she said, well she did a press conference. She said there's nothing to this. Apparently, the media believed her because in April coverage dropped to one minute. In May, the Benghazi e-mails came up and only went up to nine minutes for the entire month. In June, it went down to three seconds. Last month, we started learning about this e-mail server. It was nine minutes. So if history's a guide, it has -- it will be a blip, and it will disappear. Now, will this happen this time? Especially, especially when you have the Bernie Sanders development where they're getting excited about him. Will they throw her to the wolves? They did in 2008 so we've got to see.

VARNEY: I'll make the forecast that, yes, they will. I think this is a turning point in their support for Hillary Rodham Clinton, and I think they start to switch, maybe quite dramatically their coverage to in favor of Bernie Sanders? You agree?

BOZELL: So you're going to have me on in a month to laugh at me?

VARNEY:  No, I'm not. Brent Bozell, do you think I'm crazy? I would never do such a thing. Certainly not. Okay? Not going to do it. But you and I have been talking to two or three years now, and I've always thought that at some point the establishment media would maybe change course a little bit. I was right. But in the wrong way, because they're changing course away from Hillary Clinton towards more leftist candidate, Bernie Sanders.

BOZELL: Yeah. Especially – you know, here's the interesting thing. I go back to Nixon and the Watergate tape is 17 and a half minutes log long. His entire presidency was destroyed because of this. Now, compare that to what we're learning about Hillary Clinton. Which is 100 times more serious. And yet it was fixation on Nixon and no coverage of this woman and the great irony of course is that she was on the Watergate judiciary committee investigation of Richard Nixon.

VARNEY: Thank you for doing that special study for us about the coverage of the story.

VARNEY: Thank you very much indeed. I know you had those figures ready, but I'm glad you produced them for us. Brent Bozell.