The Media Research Center's Brent Bozell appeared on Fox Business, Monday, to dismiss the idea that journalists might somehow be turning away from Hillary Clinton. "No, no they're not," declared Bozell. Regarding a criminal investigation into whether the Democrat sent classified e-mails from a private server, the MRC president noted that after initial coverage, "Day two they were already leaving it. Only CBS that night did a story on it, which to me is amazing. Sunday, it was back in the news. Neither ABC nor CBS covered it."

Bozell stressed the importance of the story: "Well, this is a woman who sent tens of thousands of e-mails. God only knows how many were irresponsibly, at least irresponsibly, sent on private servers. This is a big, big deal." Regarding the morning and evening coverage so far (not including Sunday shows), he explained, "Total coverage, 26 minutes, 13 seconds."

A transcript of the July 27 Varney and Co. segment is below: 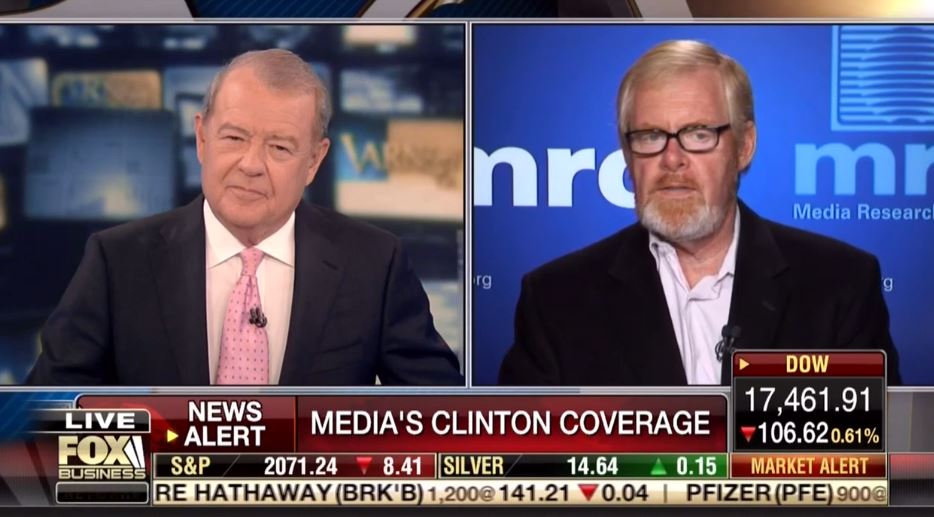 STUART VARNEY: For the first time last week, we heard the words "Hillary Clinton," "criminal" and "investigation" used in the same sentence. To media watcher Brent Bozell. All right, Brent, come back in again, please. Mainstream media beginning to turn away from Hillary. What do you think?

BRENT BOZELL: No. No they're not. You know, here we go again. When the story broke in the New York Times on Thursday when the Friday reports were there, they all covered it. All the morning shows covered it. All the three evening broadcast shows covered it. So there's no question that was one day. Day two they were already leaving it. Only CBS that night did a story on it, which to me is amazing. Sunday, it was back in the news. Neither ABC nor CBS covered it. Now, if you look at the importance of this story, General David Petraeus was
found guilty and sentenced to two years probation and $100,000 fine for mishandling classified information. This IG report looked at 40 e-mails and found four of them, one out of ten, to be irresponsibly sent from her private server when the Chinese are hacking everything. Well, this is a woman who sent tens of thousands of e-mails. God only knows how many were irresponsibly, at least irresponsibly, sent on private servers. This is a big, big deal. Total coverage, 26 minutes, 13 seconds.

VARNEY: Do you think that maybe there's silence on the part of the establishment media and at the same time they're going more in favor Bernie Sanders? Do you think there's the beginnings of a tilt to the left? 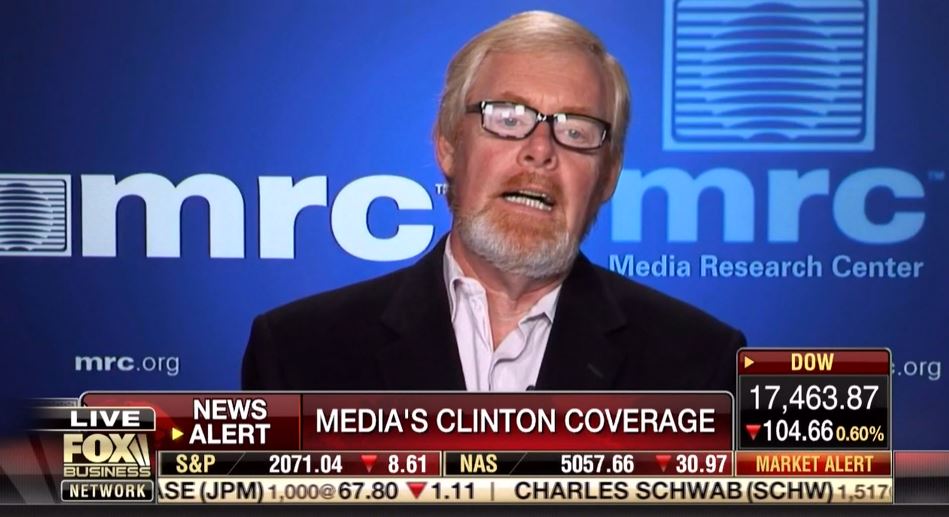 BOZELL: Well, I think they're seeing, they're seeing some rumblings. There's no question about that. They are seeing some rumblings. But they're in damage control mode. You know, look at the coverage of Trump, which is ten times higher. Not only are they covering it, but they're analyzing it. And what's the analysis? The analysis that he's a cowboy who is reckless who can never win, who is a mess and is hurting the party. Now look at a couple of examples which I'm going to give you from CBS News. If you recall going back to the first Clinton administration with Bill Clinton with all the problems we had, remember, it was always move on, move on. That's where we got MoveOn.org. Here's what they said: "This particular issue shouldn't have impact on the Clinon. The issue of the e-mails has been out there for a long time. This is not a criminal matter. In fact, it's far from it." So here they go with the move on. Here's another one. And this is the other excuse they use with the first Clinton administration. Remember they always said that Republicans are going to over play their hand and this is going to hurt Republicans? Listen to this from CBS News this weekend. "It's not necessarily a foregone conclusion for Secretary Clinton that all this is scrutiny that it will hurt her if her opponents over play the hand. Now they're talking about Republicans overplaying the hand. And the story just broke. So, no. No. It's not hurting here yet.

VARNEY: You and I have been doing this for years and I've always said there's going to come a time when the establishment media just begins to turns a little bit. And that's how I opened it up today and you said, no, they're not turning at all. Brent Bozell, regrettably you've been right and I've been wrong. Thank you very much.